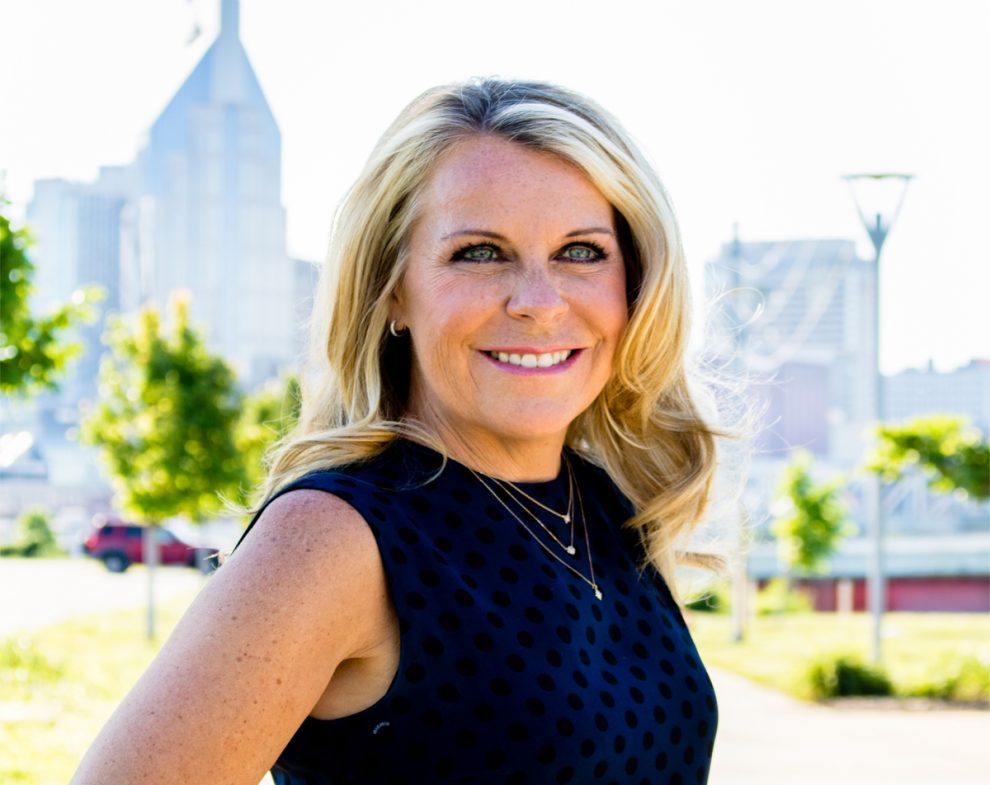 What’s a New York fashion professional doing in Nashville of all places? COAST Shows Founder and CEO Karen Bennett is building the nation’s third, and rapidly growing, fashion capital, by bringing a trade show with apparel, accessories, jewelry and more to town.

“People ask me all the time, ‘Why would you move to Nashville?’ And I reply that it’s the fastest growing fashion market in the U.S.,” Karen said. “And it is.”

Fashion businesses are now responsible for nearly $6 billion and more than 16,000 jobs into Nashville’s economy, the highest concentration of fashion companies per capita after New York and Los Angeles, she noted. The 1950s and 60s era of country music ruffles and embroidery are long gone.

It’s an evolution she’s seen over a career in fashion. Always a fashion lover, Bennett began her career in the industry by doing the occasional freelance job for sales representatives while mostly a stay-at-home mom in Chicago. That evolved into Bennett becoming a sales rep for imported collections.

“I started doing the shows as an exhibitor at the Chicago Merchandise Mart,” Karen recalled. “I had seen the women who worked at the Mart at different locations—LA, Vegas, Dallas, New York, everywhere. They knew I was in the contemporary market and approached me to work for them.”

She became a coordinator for STYLEMAX, selling contemporary showrooms and collections, then moved on to ENK International, coordinating for Intermezzo and working on operations for exhibitors. “I worked on all the shows—men, women and children’s. I even worked in Los Angeles,” she said.

She departed ENK after several years to pursue other interests, but was talked into doing her own trade show reginal by several exhibitors she’d worked with.

“I sat on the phone for hours with a show room, and was told I had to work in Florida, Chicago and Boston,” she said. Within 24 hours, she had a location for a show to be held two months later, and was incorporating as COAST. COAST premiered at a boutique hotel in Miami Beach in 2007. The trade show has grown from its initial 30 designers and showrooms to a maximum of 400 exhibitors for men’s and women’s contemporary clothing and accessories.

The initial shows were held in hotels, moving from Chicago to Boston. The economic crisis in 2008 slowed growth. As the economy picked up, COAST began growing, expanding its space beyond hotels.

“We literally had every inch of every ballroom, restaurants, lobbies, everywhere,” she said. The Miami show relocated to the Design District and then to other venues. Her 2017 show will be held this month in Delray Beach.

When her primary venue in Chicago was sold, Bennett began searching for other locations. “We had been looking for a secondary show in the Midwest after Chicago, and had been frustrated. We found all this research about how Nashville was the number four fashion designer market in the country, with creatives moving here,” she said.

Bennett reached out to and became involved with the Nashville Fashion Alliance, which supports early-stage fashion companies of all kinds. According to the NFA’s economic impact study, the industry will bring $9.5 billion in revenues to the city, and employ more than 25,000 people by 2025. Karen and the company made the leap, and moved the Midwest show and her company to Music City.

“We’re in the evolution of getting it going, and we’re on the ground floor of an emerging industry powerhouse, with factories relocating from Los Angeles among other locations,” Karen said. People are moving as well, drawn by a growing job market, strong economy, lack of a state income tax.

Another key for the growth is transportation, the NFA notes. The city is near three major interstates with modern distribution facilities and 50 percent of the U.S. population lives within a one day drive. “Tennessee borders eight states—that is huge,” Karen added. “My outreach is to those states [Alabama, Arkansas, Kentucky, Georgia, Mississippi, Missouri, North Carolina and Virginia].”

And the city itself has become an attraction to those exhibiting at and attending the COAST show.

“Nashville has so many great things to offer. There’s live music 24/7, and it’s all good music,” Karen continued. “And nine times out of 10, someone famous will jump on stage. It’s a lot of fun. There are also sporting events, including the Tennessee Predators NHL team and Titans NFL team. With a state-of-the art convention center, Nashville is creating an epicenter to attract people.”

The fashion scene is broad-based, with cutting edge meeting more traditional designers in the area’s boutiques, like Chloe meeting J Brand, among other blends.

“You’ll find an edgy jacket from Alexander McQueen, and pair it with Levi’s,” Karen said. “It’s a bit of a mix and the way fashion is supposed to work.” Fashion education also is increasingly important, including the O’More College of Design.

She held her first show in Nashville in October 2015, and quickly is learning to adapt to the calendar quirks of this market. For example, nothing can conflict with the Country Music Association awards (CMAs).

“Everyone has to stay in their stores prior to the CMAs because there’s so much shopper traffic,” she said. “Nor can you schedule in March, to conflict with Easter and spring break. This market is family-oriented, and that month is vacation time.”

The next Nashville show is scheduled for Oct. 5-6 at the Track One event space. On a recent promotional trip, Karen visited potential retailers from Nashville to New Orleans, and met with a universal response. “When I told them I was doing a show in Nashville, they were ecstatic. Now I have to get them here. I’m trying to get the retailers excited.”

It’s a process she’s perfecting for her Florida trade show. “I’ve literally been going on the road in Florida, visiting the correct retailers that fit the show, and 75 percent of my stores will be new this year,” she reports. “And after the June show in Delray, I’ll be on the road for Nashville.”

The trade shows showcase women’s apparel, accessories, jewelry, apothecary and home, and is expanding the men’s offerings as part of COAST’s growth.