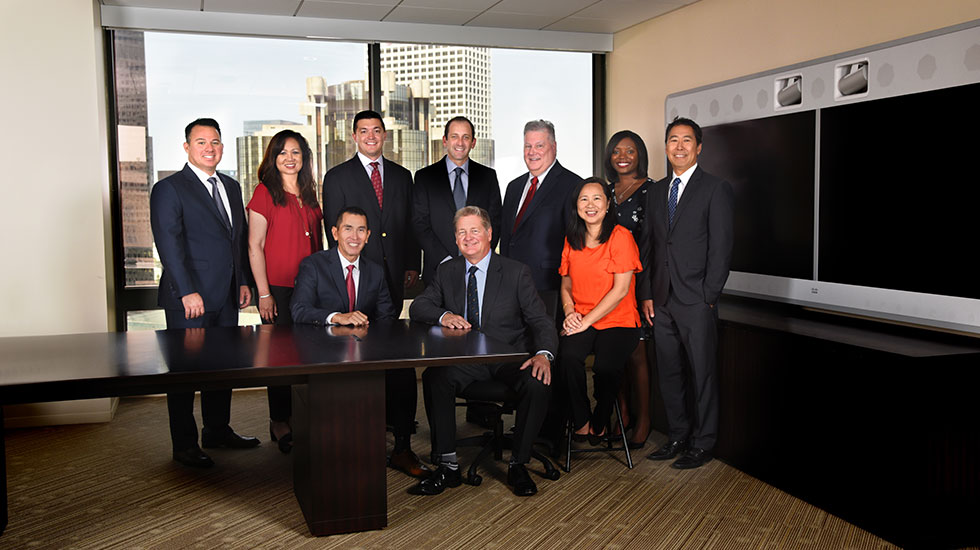 The last few years have seen a dramatic shift in apparel retail as manufacturers find new ways to interact directly with consumers, bypassing traditional brick-and-mortar—at least for a time. Not so surprisingly, those changes are rippling through the entire distribution chain, from retailers to how these companies finance their business.

Tracking, adapting to, and leading these changes has been an ongoing challenge and opportunity for the Commercial Services Group within Wells Fargo Capital Finance, the largest bank-owned factor in the U.S.

“We’re in a time of tremendous upheaval within the retail marketplace,” one that is having a large impact on vendors, says Kevin Sullivan, executive vice president at Wells Fargo Capital Finance. “It’s been pretty fascinating to see the changes that are taking place in our clients’ businesses as they adjust to that change.”

And the upheaval isn’t necessarily what most casual observers might think—the changes go far beyond dealing with e-commerce.

“Our clients sell to a large range of industry segments, including denim, dresses, women’s/missy/junior apparel, menswear, and various segments of the action sports industry,” Sullivan explains. “And they vary widely in the audiences they serve, so we have to have a broad expertise across all segments of the industry, whether wholesale, retail, or direct-to-consumer.”

The size of the company has mattered as to how each is handling this new retail reality, he added. The apparel industry has bifurcated, with larger companies seeking to diversify by product lines and channels of distribution, sometimes organically and other times through acquisition. Some of the large companies pursuing direct-to-consumer strategies often own some percentage of their own production, in China, Central America, or wherever there is efficient manufacturing.

On the opposite end of the spectrum, smaller companies and startups are coming to the industry from a completely different viewpoint.

“The new entrants generally start as a direct-to-consumer business then open a limited number of company-owned retail stores,” he observes. “As they grow, they decide which two or three larger retailers to do business with.”

The once-solid middle market has struggled, with some selling to larger companies or merging to remain competitive.

“It doesn’t mean that brick-and-mortar is going away. It’s an industry segment that we continue to service. We believe we’ll see more wholesale vendors to brick-and-mortar retailers creating a direct-to-consumer component as well as owning company retail stores,” Sullivan says. “It represents a unique mindset, but fortunately for us we have the capabilities to finance each one of those categories. We have many different angles from which we can approach the industry.

“In a typical factoring transaction, we would actively manage the credit and collection functions for our clients, while often lending against both accounts receivable and inventory. In an e-commerce model, there are generally much lower levels of receivables and a need to provide a more heavily inventory-based facility. So we have to shift our thought process to become much more comfortable lending to the wider array of business models that we see in the marketplace. It represents a shift in how banks and asset-based lenders approach the industry,” Sullivan continues.

While Wells Fargo is one of the largest asset-based lenders in the country, its separate groups drill down to become boutique sources for the industries they serve. Sullivan’s group is more specific to consumer products. Others are specific to the financial industry, healthcare providers, restaurant groups, and more.

But there is a misconception that Wells Fargo is solely interested in large, multi-brand companies because of its size.

“Our group will deal with companies doing anywhere from $5 million in revenues to hundreds of millions in annual revenue. We often finance companies at an earlier stage if they have a strong management team and great prospects for growth,” he says.

One client, which was once a small start-up in the sock industry, has now become a dominant player in the segment, he says.

“They added style and color to what had been a pretty traditional industry segment. We met with them at a very early stage in the business but were very comfortable with the management team, and their game plan for attacking that niche,” he explains.

Another specialty is factoring for highly seasonal industries, such as Halloween costumes, swimsuits, or snowboarding apparel.

“In that instance we’re working with a company that wants to borrow over and above traditional trading assets, which would be the receivables and inventory, for periods where we extend what are called over formula advances to get that company through the peak period of building inventory to their primary selling season,” he notes.

The latter entails a much closer interaction with management so Wells can anticipate needs and how they flow across the seasons. And his team must also contend with the seasonal needs of the retailers selling the goods.

Still other clients just want asset-based lending, with no need for factoring. Regardless, Wells finds a way to serve its clients in a rapidly changing industry.

“The bank has more than 80 different financial services, and we frequently do bring a number of those to the table for clients,” he says. “That’s one of our key advantages in the marketplace. we can provide whatever a company needs.”