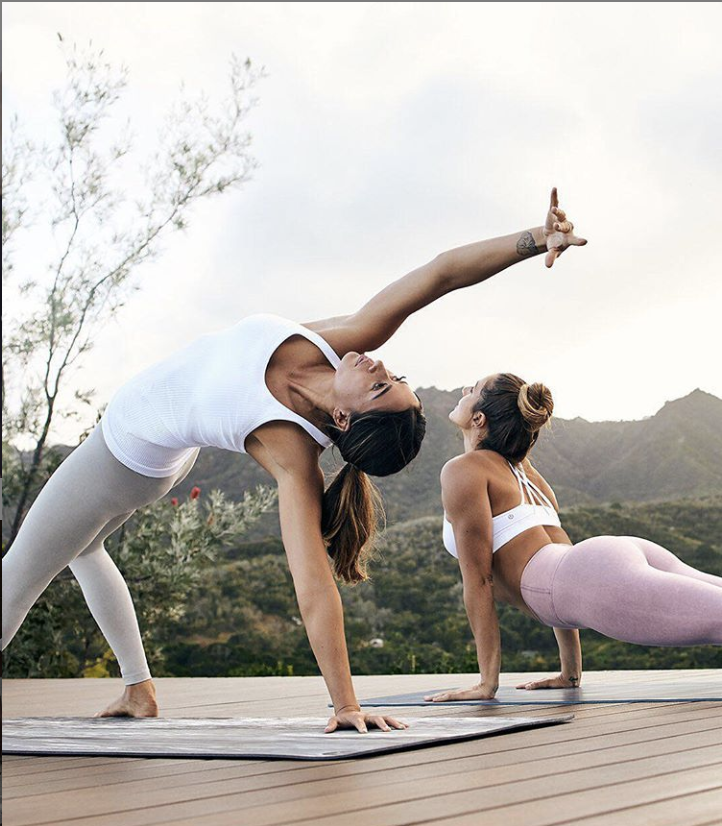 Lululemon Athletica (NASDAQ:LULU) has seen its share of bears. Many saw it as a fad for a narrow group of affluent yoga moms. Lululemon has proven them wrong and LULU stock gains are proof.

For all of its ups and downs, Lululemon has remained a strong brand in a fiercely competitive apparel industry. According to data compiled by NPD Group, LULU ranks second in the women’s athletic apparel category to Nike (NYSE:NKE).

As the brand’s been on the rise ascent has garnered market support as well. LULU stock has been outperforming that of the number one spot holder. LULU stock has surged in the last month and is now up over 40% this year. NKE performance is half that. Looking at longer time horizons, whether a year or five years, it’s clear that LULU’s strategy and execution, while not without its flaws, has worked. The market has rewarded shareholders time and time again when it delivers.

One thing is for sure: LULU stock still has a lot of growth ahead.

LULU Stock has a Winning Q4

LULU not only had a fantastic fourth quarter, it had one of its best financial years yet.

The outlook for the year is extremely positive as well. For the full fiscal 2019, expect net revenue to top $3.7 billion and diluted earnings per share between $4.48 and $4.55. Given that the guidance does not reflect potential share repurchases, it is safe to say it’s conservative.

LULU Stores to Get a New Look

Lululemon is now fully embracing the concept of becoming a lifestyle brand, i.e., something more than the sum of its different parts. The athleisure retailer strives to be an experiential brand that “ignites a community of people living the sweatlife through sweat, grow and connect.”

In a challenging retail environment, LULU is looking to take its stores to the next level. It’s not only an insurance policy in a world skeptical of brick and mortar, it’s a step up. Lululemon is planning to invest more in “creating dynamic experiential moments for customers.” In July, the company will make good on that promise by unveiling a 25,000-square-foot store in Chicago. The space with be outfitted with juice bars, yoga studios, and meditation rooms. It will be a destination that drives traffic and brand loyalty. It will also drive up the LULU stock price. The market loves a good retail innovation story.

As part of the lifestyle revamp, LULU is also expanding its product line beyond yoga poses. Sure, women’s yoga apparel will always be its bread and butter, but customers can now expect sneakers, deodorant, and shampoo.

LULU is very clear about their goal for menswear: double sales.

Management knows it’s not just a quick redesign on existing women’s apparel that will get them to their goal. LULU is going bespoke. They’re designing items specifically for men including better-fitting running shirts.

According to CEO Calvin McDonald, “We have very low brand awareness with men … The opportunity isn’t just to be known, but also being understood.” To this end, Lululemon recently signed a deal with former Philadelphia Eagles quarterback Nick Foles to become its first men’s ambassador. Increasing awareness is the first step in making sales.

Lululemon is still far from achieving its potential, McDonald said, but with a three-pronged strategy in place, the company is as focused as ever on getting there. This leaves LULU stock with a lot of runway ahead as milestones toward these goals are achieved.

Doubling men’s and digital revenues, and quadrupling international revenues by 2023 (expanding across China and EMEA regions, in particular) will deliver the eye-popping numbers while the core women’s business — helped by new store formats — will deliver consist low double-digit growth. If they execute as they have been throughout last year, those goals should be achievable.