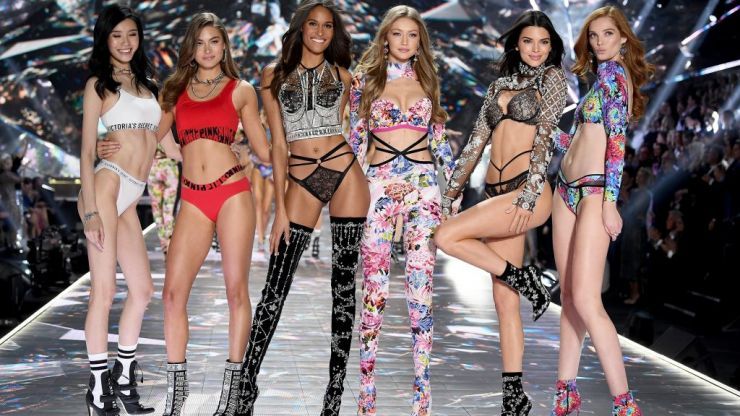 The past several months have been rough for Victoria’s Secret, to say the least. The lingerie brand has seen a year of declining sales as public frustration mounted over the lack of inclusivity in its marketing. Back in November 2018, the company’s Chief Marketing Officer Ed Razek gave a disastrous, problematic interview to Vogue.com, expressing intolerance toward both plus-size and trans models. Only a few days later, the lingerie company’s Chief Executive Jan Singer, who only occupied the role for two years, resigned. The company has also had to recently shutter more than 50 of its retail stores.

That barrage of bad press culminated with record-low ratings for the 2018 runway show, garnering just 3.3 million viewers — a sharp drop from 2017, when the show racked up 5 million. And now, the most recently chosen Angels, including Barbara Palvin and Alexina Graham, continue the brand’s predictable legacy of choosing models that got it in hot water in the first place.

The aftershocks of so much controversy are still underway, it seems: On Friday, Victoria’s Secret announced that after nearly two decades, its iconic runway show will no longer air on network television. Leslie Wexner, the chief executive of the brand’s parent company L Brands, made the announcement in a memo sent out to the brand’s associates on Friday, according to The New York Times.

“We have decided to re-think the traditional Victoria’s Secret Fashion Show. Going forward we don’t believe network television is the right fit,” he said, noting that the brand was looking into developing a “new kind of event” for different platforms in the future, but he gave no further details on the matter.

A representative from Victoria’s Secret declined to provide additional comment at this time.