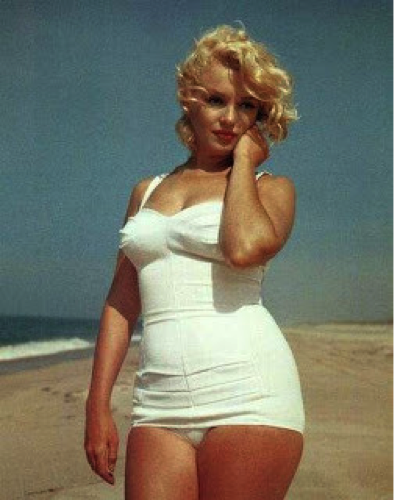 What do curves mean to the modern woman’s frame and why do we get it wrong?
By Jessica Couch

More and more, you hear and read the word “curvy” to describe a woman’s shape. If you type in the hashtag “curvy” on Instagram, you will see a variety of women of all sizes showing off their bodies. But the term is often taken out of context, misused or misunderstood. Although it’s a good sign that our culture is starting to embrace fuller figures and shapes, we still need more clarification in order to dissolve some of the stigmas associated with the term.

Body Image Standards Through Time
The standard of beauty changes every so often in what some would consider to be polarizing ways. Over time, a woman’s ideal body type has changed. In ancient Greece, the ideal body type possessed fuller hips, ample breast and soft bodies with not particularly flat stomachs. West African countries valued larger hips with full thighs and buttocks, as it represented a woman’s fertility. During the Elizabethan era, women’s frames were drowned in bustiers and dresses with large skirts to give the appearance of fullness. The standard of beauty at this time focused on pale makeup for men and women and tall wigs. When the Victorian Era emerged, a frail look was preferred and women remained under petticoats and hoop supports.

The turn of the century brought about a turn of preference. During the late 1890s, the Gibson girl emerged.  She remained in the bustier of the past but now showed more of her figure with fewer petticoats and hoops. When the flapper era came around in the 1920s, women let go of bustiers and instead embraced a more boyish frame. Dresses stopped emphasizing the waist and instead were designed to move and flatter the new movement. After the Great Depression, the silhouette of choice was back to a traditional hourglass with fullness to avoid the look of suffering from the poor economic conditions. This was amplified even more in the 1950s, with Christian Dior’s “New Look.” This fuller figure was embraced and sex symbols like Marilyn Monroe became the poster child of what feminine beauty looked like. By the 1960s, youth rebellion pushed back against the fuller figure and the model Twiggy became sensationalize — the emaciated look became acceptable. The 1970s continued to embrace the super slim frame. During the 1980s, the athletic look became popular, and the ideal woman’s hips became slimmer and the frame remains very small. Time has certainly progressed but embracing the new fuller figure has been slow. While there is more diversity in the standards of beauty, embracing diverse body type have not been easy.

In the present, it has been long needed to create more size diverse images of people in the media. According to a study conducted by Jean-Luc Jucker, Tracey Thornborrow, Martin J. Tovee and Lynda G. Boothroyd, up to 30-50% of girls and women from western or industrialized countries have negative body images, which contributes to widespread psychopathologies such as low self-esteem, depression, and disordered eating. Now, we are shifting into accepting more diverse body types as their own standards of beauty. But as with all shifts, this comes with a bit of friction.

Mainly, this friction comes from the difficulty in understanding how to view diverse body types outside of the lens of the norm. To begin, having a better understanding of “curvy” may be a helpful start.

“Curvy” can be subjective but we should probably understand a few things in more detail.

Curvy is not a type of woman
Too often “curvy” is the word used to describe heavier women in general. Curvy is less of a body type and more of a description for women with more ample regions in comparison to others. I’m all for embracing your size but generality is a bad idea because it leads to the next point.

Curvy bodies are still healthy bodies
Curves are breasts, hips, butts thighs, etc. and their ratio in comparison to waistlines and other parts of the body. With this in mind, one can be petite and still be considered curvy. In the same way, one could be plus size and also be considered curvy. But curvy is not synonymous with overweight.

Being curvy is not synonymous with being overweight
It goes without question that BMI is inherently flawed. It lacks an understanding of body shape analysis and therefore is often inaccurate, given the various shapes and sizes of the modern woman. However, it is often referenced as a standard to judge non-standard body types. One can be heavier and be healthy at the same time. Everybody does not need to be thin to be healthy. Having curves has nothing to do with being overweight. Some bodies are built to carry more mass than the average body. It’s more about your personal health and not so much a biased standard.

Plus size women still have shapes
It is unclear whether or not people are trying to be polite or respectful when using the term “curvy” to group all plus size women together, but as mentioned before, curvy is not a shape or a body type. Women of all sizes still fall somewhere within the 12 body types that are standard for identifying the shape. These shapes are important to understand when wanting to wear something flattering. Weight distribution determines the shape. So the idea of plus size is just a general term.

As we continue to embrace the non-standard sizing market, it’s a good idea to note that all bodies should be treated equally. There’s really no need to create entirely separate terms and use them to shame or marginalized groups of people. The best thing that brands can do is have a thorough understanding of body shape analysis and help to create clothing that fits various shapes.