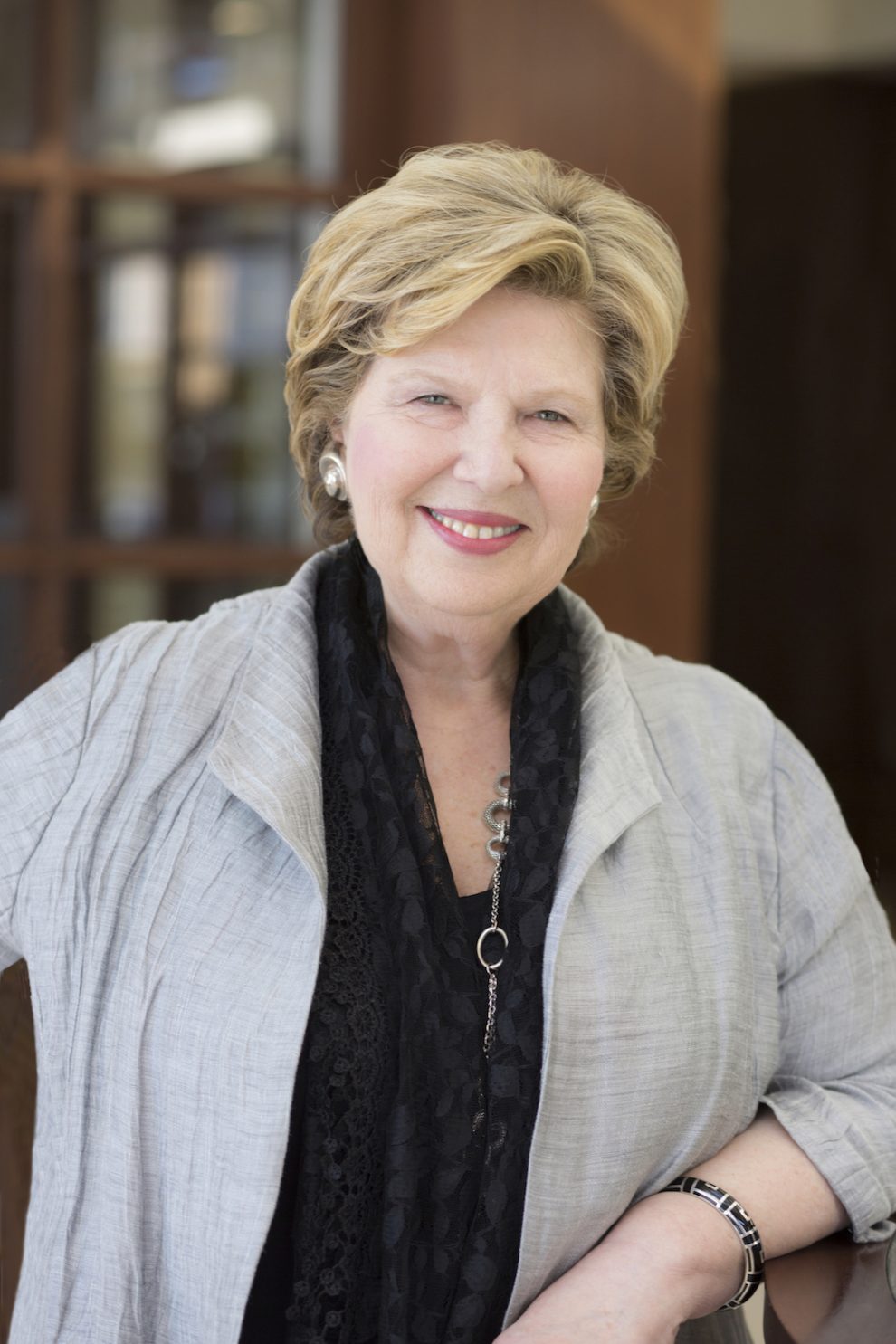 “I think it is incumbent of us to make the world a better place,” Gail Bernstein said when speaking on her philosophy that one should always give back. The importance she places on philanthropy was influenced greatly by her childhood.  Bernstein is the oldest of five children raised by a single mother who worked multiple jobs.

“I knew education was my way to a better life,” Bernstein said. “I started working at age 14 to pay for private school tuition, then earned a full-ride state scholarship for my undergraduate degree and paid my way through graduate school. Had I not been assertive in my goals and received generous support, I would not be where I am today.”

Bernstein rose through the ranks in the 1970s and ‘80s, becoming successful in the male-dominated banking industry. She currently holds the role of executive vice president at PNC Business Credit. She is smart, competitive, asks for what she deserves and is known for her generosity.

“Any organization would be fortunate to have Bernstein’s support and leadership,” said Michael Salem, MD, president and CEO of National Jewish Health.

Bernstein has enviable business acumen, recognizes a good opportunity when she sees it and believes in paying forward the help she has received. She is passionate about equal access to quality education, business opportunities, legal support and health care.

“I have to believe in a cause if I am going to volunteer and donate to it,” Bernstein said. “I have found a worthy cause in National Jewish Health.”

A Cause Worth Sharing
It is through her work in the banking industry that Bernstein first learned of National Jewish Health more than a decade ago. Her friends Vicky Balmot and Robert Lewin were being honored at the Los Angeles Professional Services Dinner — an annual event benefiting the Denver-based hospital that “U.S. News & World Report” ranks as the leading respiratory hospital in the nation.

“The care National Jewish Health provides is a cut above anywhere else,” Bernstein said. “The way they approach research and patient care is a significant differentiator — they spend extra time and perform advanced testing, often finding that what was diagnosed as asthma by others, is something entirely different.”

She also spoke highly of how the hospital has strategically shared its unique model of care with others. National Jewish Health has opened Respiratory Institutes with Mount Sinai in New York, as well as Jefferson Health in Philadelphia, and they have a joint operating agreement with Saint Joseph Hospital in Denver, part of SCL Health.

“I’m impressed National Jewish Health has found ways to partner with other hospitals. It is most efficient to take their strategy to someone else who will carry it forward,” she said.

Bernstein continued to grow her support of National Jewish Health through the Los Angeles Professional Services Black & White Ball, each year learning a bit more about their work. Then, in 2017, the hospital named her the honoree of the event.

“Gail embodies the spirit of the National Jewish Health Humanitarian Award,” Dr. Salem said. “She has made significant business, civic and charitable contributions to her community — it was an honor to recognize her.”

It was on a tour of the hospital that same year that she became even more entrenched in its history, its work and its mission.

As a strong proponent of women in business and philanthropy, Bernstein was pleased to learn that National Jewish Health was founded by a woman. In the late 1800s, Frances Wisebart Jacobs sought philanthropic funding to open a hospital that would provide free care for the indigent population suffering from tuberculosis. The doors to National Jewish Health opened in 1899 and services were free to all for the first 70 years. To this day, the hospital provides nearly $45 million in free and subsidized care each year to people suffering from respiratory, cardiac, immune and related diseases.

In addition to the history of the organization, the cutting-edge research was also quite impressive to Bernstein. “Until I visited the hospital, I didn’t understand how much groundbreaking research they are doing and how much money it takes,” she said. “I believe in the work of National Jewish Health and have become a trustee for the hospital. I spread the word and help fundraise in any way I can.”

Bernstein has expanded her involvement beyond the dinner and has become active in other events in Los Angeles, New York and Denver.

“These industries and markets are tough, but the roles I have held throughout my career get people to take my phone calls. That’s when I invite them to the events and tell them National Jewish Health is the best kept secret around.”

She tells them how National Jewish Health discovered the molecule responsible for allergic reactions, is a pioneer in asthma treatments and food allergy testing, has a school for chronically ill children, and every day saves the lives of people like a gentleman whose breathing difficulties was caused by a hidden hole in his heart.

“To me, it’s all about how to get people engaged with the mission – National Jewish Health is improving lives and making the world a better, healthier place,” Bernstein said. “It’s a cause worth sharing.”