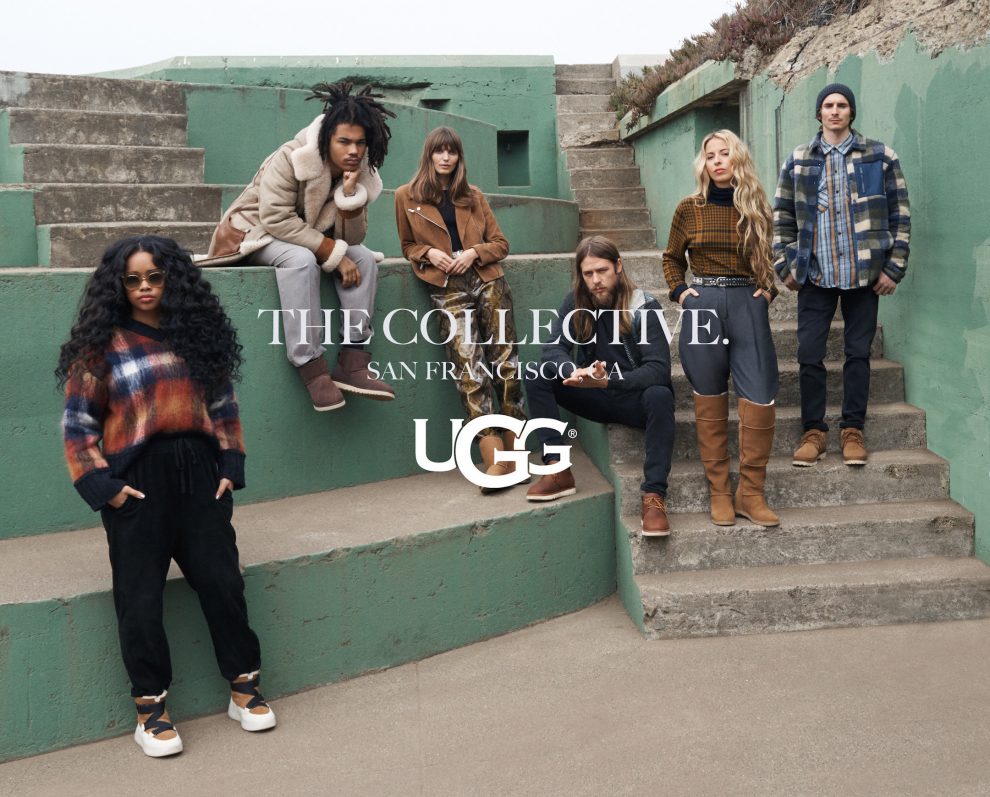 Global lifestyle brand Ugg, a division of Deckers Brands, has unveiled its sixth Ugg Collective global campaign for Autumn/Winter 2019, featuring a cast of real Californians including Grammy Award-winning musician Gabi Wilson of H.E.R., plus entrepreneur and style influencer Luka Sabbat. The iconic lifestyle brand continues to celebrate its uniqueness and elevated position by featuring personalities who highlight the diversity and spirit of Ugg.

“The Ugg Collective consists of Californian musicians, actors, entrepreneurs, filmmakers, photographers and professional athletes. Like Ugg, they are bold, provocative, free-spirited, optimistic and real,” said Andrea O’Donnell, president, fashion and lifestyle brands. “Each season, we select new groups of unique individuals to represent the brand. In telling their stories, we tell ours.”

Gabi Wilson/H.E.R. dives into enigma to get listeners to focus on her sound rather than the person behind it. Writing and practicing music since the age of three, the California native’s soulful songs have garnered praise from the likes of Alicia Keys, Bryson Tiller, and Rihanna. Touted as one of R&B’s rising stars, she won her first Grammy Award in February 2019 and is part of a growing group of young creatives who are revising identity and art in the digital age.

Luka Sabbat does everything his own way. Growing up between New York and Paris with fashion-industry parents, he has an innate sense of style infused into everything he does — most notably, his self-made project “Hot Mess,” a collaborative collection of unapologetically raw photography, film, clothing, and furniture. Boldly unfiltered, he redefines what it means to be a young creative entrepreneur.

Crystal Moselle is intent on bringing more female perspectives to film, turning her lens on an all-girl cast in “Skate Kitchen,” which follows a group of unapologetically young, queer, and feminist skateboarders in NYC. Honest in her storytelling, Moselle’s tender curiosity allows her to create soft yet extraordinary moments on screen — uncovering beauty in pain, and truth in fiction.

Daniel Woods never cowers in the face of failure, embracing it as a ladder to greatness. Competitively climbing since age eight, he is currently at the top of his game, winning a gold medal at the IFSC World Cup in 2010 and dominating the American Boulder Series for the last decade. Passionate and daring, he pushes the limits of possibility on a daily basis.

Lola McDonnell is a free-spirited model whose wild heart and love for travel lead her to some of the world’s most beautiful places. Often accompanied by fiancé and fellow Collective member Zackery Michael, she leads an unconventional life of adventure.

Zackery Michael lives life on his own terms as a self-taught photographer who’s always on the road. From shooting fashion editorials in NYC and celebrities in L.A. to documenting the mountain tribes of Myanmar, his photography focuses on intimate shots of people and places, often featuring his girlfriend Lola McDonnell.

Ugg continues to celebrate its unique culture with the Autumn/Winter 2019 campaign, featuring Ugg Collective members and iconic California landmarks. From majestic mountains and wild woodlands to buzzing cities and quiet beach towns, California represents an eclectic paradise that brings together people from all across the world. For the brand’s new campaign, Ugg and the cast traveled across San Francisco finding breathtaking locations in the Presidio and historic Battery Chamberlain.

The brand campaign was shot by photographer Frederic Auerbach and produced by 3Star Productions. The cast was assembled by casting director Shay Nielsen, and came to life with the help of wardrobe stylist Kate Ruth, hair stylist Nikki Providence and makeup artist Dana Delaney. The locations were given flair and detail with the assistance of set designer Eli Metcalf.