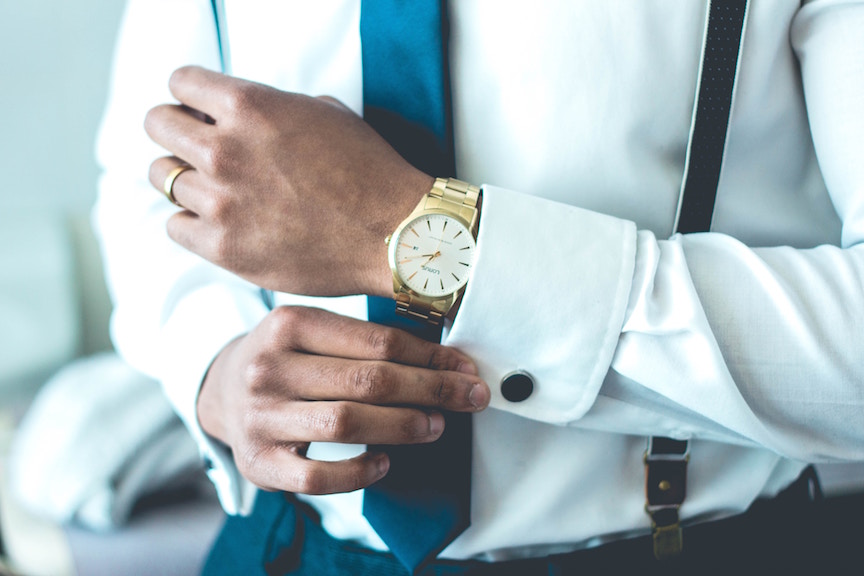 Lawyers, senators, convention speakers and other men who once wore traditional dress (a suit) are now choosing more casual attire. Why?

The trend we see developing is described in Saabira Chaudhuri’s Wall Street Journal article, “Why Your Used Shirts Are Destined for the Dump and Not the Recycling Center,” published on October 2, 2019. She wrote, “Shoppers are buying more clothes and discarding them faster than ever, a trend that is sending an increasing number of textiles to the dump and propelling the fashion industry to search for new technology to recycle used garments.”

It seems as though men’s shirts are being tossed in the trash after continued wear has resulted in frayed collars, faded appearances and wrinkles that do not seem to go away. With the low prices of dress and casual shirts at places like Costco and Walmart, it’s easy to continue to replace the old ones with sparkling new ones.

After describing the effect on the environment of used clothing thrown into the trash, the article continued, “Apparel companies say they are trying to find ways to turn old clothing into new, motivated by the threat of resource constraints and growing concern among consumers about the environmental impact of their buying behavior.”

In regard to what is happening in the men’s suit business, Mark Dent’s article in The Goods by Vox might give a clue. According to the September 30, 2019 article, “In April 2018, Mark Zuckerberg made a rare public appearance wearing a suit. Congress had compelled him to testify on Capitol Hill, the lawmakers curious why Facebook had been so adept at harvesting personal data and so inept at policing Russian spies.

“Zuckerberg’s suit was navy and his tie was bright blue, a shade or two lighter than Facebook’s color scheme,” the article continued. “The New York Times called it his ‘I’m Sorry Suit’ and, like many outlets, praised his appearance and poise. He was lauded for a ‘strategic’ decision to make a visual; statement of contrition. … Had he? Or was he in a suit because Congress had dictated the terms for him? For one of the few times in his adult life, sweating through a barrage of government questions, Zuckerberg was not in control. And these days, when you are not in control, you wear a suit.”

“They put Mark Zuckerberg in that suit,” said Deirdre Clemente, a fashion and culture historian and author of “Dress Casual: How College Students Redefined American Style,” referring to Congress. “I would’ve had a lot more respect if he showed up in a hoodie: ‘This is who I am and what I do.’”

Dent’s article continued, “Although the suit is historically associated with projecting elegance, authority and mastery of a profession, those qualities hearken back to the days when suits were prevalent, worn by the Atticus Finches and Don Drapers of the world. How long until we realize the suit — while still used for special occasions and by a shrinking number of traditionalists — has become associated with the opposite? The suit has become a uniform for the powerless.

“There are exceptions,” Dent continued. “Women celebrities have recently donned suits, in glitter and  velvet, modernizing a Marlene Dietrich staple, and the suit is an important component of non-binary clothing trends. Those choices are made to subvert expectations of the suit. But most people who wear suits are men. And they wear them because they have to please someone else, whether it’s an employer or Congress. Unless you live on Park Avenue, the suit brings to mind job interviews, junior salespeople and young employees behind the counter at Enterprise Rent-A-Car, hotel clerks, and court appearances.”

Dent listed even more evidence, pointing out that, “When you’re in control, at least in relative control, from the C-suite down to the long rectangular table in the open-air office, you wear whatever you want, which is almost never a suit. It is the vest or bomber jacket for men, a blouse or a shell top for women. For people wealthy enough to attend wine country casual weddings, the male guests (and potentially the groom) can get by with light slacks and a button-down. At this year’s Oscars, the male celebrities who garnered the most headlines, like Chadwick Boseman, spurned suits and outfits that resembled dresses. JP Morgan lightened its dress code to business casual for most of its 237,000 employees in 2016. Goldman Sachs, the financial firm reputed to ‘rule the world,’ nixed its suit requirement in March.”

It is not often that such emphasis is placed on men’s attire, so I thought that now is a good time to bring these matters to our reader’s attention.

Benjamin S. Seigel, Esq. is Of Counsel to the firm of G&B Law, LLP. He specializes in matter related to the textile and apparel business. He can be reached at bseigel@g&blaw.com or 818-382-6200.

7 For All Mankind Releases Fall Campaign