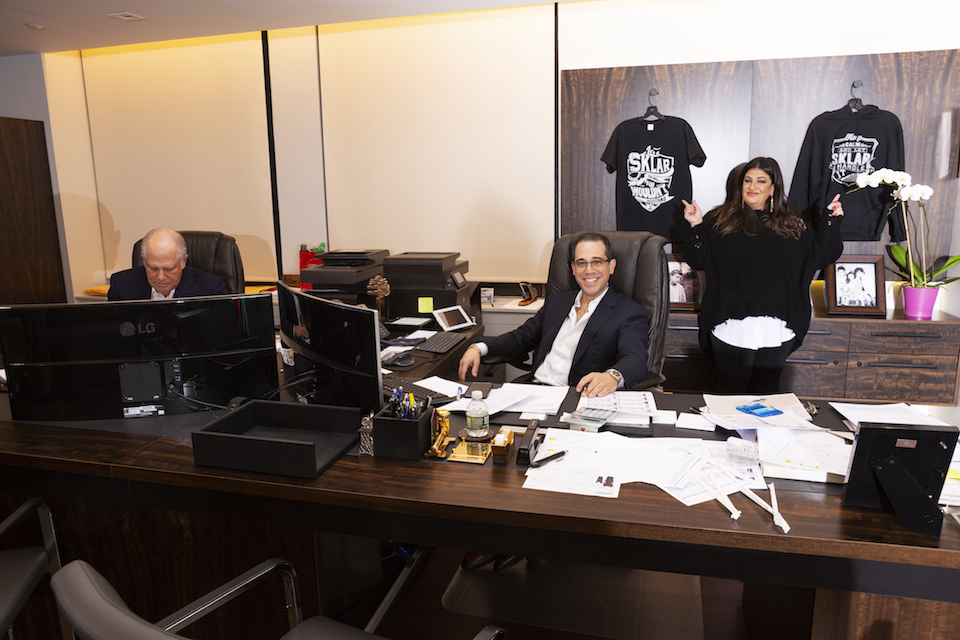 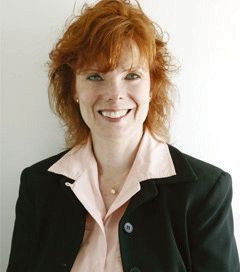 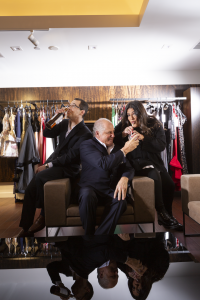 Silk, satin and sequins have been good to the Sklar family — the leaders of formalwear company Betsy & Adam and its sister lines Blondie Nites and Xscape Evenings have progressed from dressing generations of prom-goers to bridesmaids, event attendees to mothers of the bride.

The company, founded by patriarch Marty Sklar and Jack Rovello and now run by Marty’s children Michael and Stacy Sklar, has continued to expand and thrive while riding the waves of changing tastes. The lines are sold under their own names at leading department stores, including Macy’s, Dillard’s, Lord & Taylor and specialty shops. They also manufacture for retailer’s private label lines.

Marty got his start from his father Herbert Sklar, who worked in dress production, and then rose through the ranks in the fashion industry at Sanjo Dress Co., learning from Gus Feldman, Moe Trompeter and Charlie Newman before founding Betsy & Adam with Rovello in 1982. Marty was 29 years old at the time. (Full disclosure: early investors included Mann Publications CEO Jeffrey Mann, Michael Mann and Bobby Mann.) Then still in school, Michael and Stacy Sklar hung around the company, eventually joining it — somewhat reluctantly — after graduating from college.

“We didn’t really want to go in to the dress business,” Stacy said. In fact, not long after joining Betsy & Adam, Stacy was fired by her aunt Tami Sklar, who then oversaw sales, and learned from jobs at other companies. (Tami also was fired at one point by Marty, who later begged her to return. She did, and was later joined by their brother Scott, who today runs the warehouse.) In 1997, Marty’s childhood friend and partner Rovello died of cancer, and Marty was left to run the company alone. That year, the company doubled in size. It made a tremendous story to explain to the bank when asked about the sudden growth, Marty recalled.

Marty acquired and launched junior line Blondie Nites, geared more toward homecoming, and later launched Xscape Evenings, also a missy line but at a slightly more elevated level. All three lines offer a variety of sizes, including petites and plus sizes.

“I saw the industry was shrinking and we needed to expand and open other companies to stay alive,” Marty recalled.

“When Jackie died so young, it motivated my father to take more risks,” Stacy said. “I wanted to help my dad and went into the production department for 10 years. I learned a lot about the backside of the business during those years, but I started styling just to try it.”

Though she had no training in design, she found she had a knack, and it became a passion. Stacy watches runway and red- carpet trends closely to translate them for a mainstream audience.

“I love tracking the sales reports and seeing what comes out,” Stacy said.

Michael Sklar joined the company in May 1998 straight out of school, and it also took time for him to take the business seriously.

“I once was caught watching a movie and eating popcorn in the showroom,” he recalled with a laugh.

He started by working in the shipping department and worked his way through the company, eventually running the warehouse — first in New York, then in New Jersey — before taking over operations.

“When I was done with that, I returned to New York and began working in production, working my way through the ranks there,” Michael recalled. “I eventually joined my father’s office, working with him. Now, here I am.”

A casual observer might think that working in such a specialized niche could be problematic, but the Sklars have ridden multiple trends over the decades, through recessions and trends toward more casual functions, retail consolidation and the rise of re-commerce.

A greater concern is the consolidation by Betsy & Adam’s retail customers. What had been dozens of department store customers in Marty’s early years is now a handful.

“The way you navigate that is through what has never changed in this business: product,” Michael said. “If you don’t have product and the quality isn’t there, you’re going to fail. Our success has always been product product product. We pride ourselves on our styling, fit and quality. You can tell me a dress didn’t sell because of the style. Don’t tell me it was because the dress wasn’t made right.”

Unlike many apparel companies, Betsy & Adam manufactures approximately 60% of its garments in the U.S. in facilities in Brooklyn, New Jersey and at its Garment District headquarters. Fabrics come from China and Korea — and that remains a concern for the future, as tariffs come into play.

“It trickles from one hand to another and eventually ends up in the consumer’s hands,” Stacy said. “And it’s not going to be small.”

Today, Marty spends half the year in Florida while remaining in contact by phone with the company. In fact, he called into the interview in between gin games.

“My position now is pushing the troops. My daughter has taken over tremendously on the style side, and Michael handles the day to day operations, which has taken the pressure of the business off my shoulders. They made this business bigger by my not being there,” Marty said. “You have to step aside to allow the youth to do what they do best.”

Today, the Sklar children are firmly at the helm, backed by their father, aunt and uncle. Tami Sklar runs the Betsy & Adam division and oversees Blondie Nites along with Judy Brill and Grace Mulkern, who runs the Xscape division. The younger Sklars oversee the company’s 150 employees, many of whom have been with Betsy and Adam for decades, and plan the company’s future.

“The people here have embraced us. We had to earn it,” Michael said. “I would never say we’re here because of me or my sister. The head of each department here is the top at what they do.”

In fact, all three Sklars noted that the company’s success is due to “our amazing team,” as Marty said. “Without the people we have behind us, none of this would be possible. They’ve become part of our family.”

The Sklars continue to look at expansion and at layering into other businesses to take the company wider. The family is staying in its lane, growing by adding items that might be lacking in its existing assortment.

The plus-size market is an area of particular interest, Stacy added.

“We always talk about plus size, and we do extended sizing,” Stacy said. “It’s such a market that’s lacking in the industry for all. Even in department stores, we don’t see enough. A lot of prom girls wear larger sizes, and they want to wear what everyone else is.”

At some point, every woman needs a formal outfit, the younger Sklars said. The teenage prom-goer will need a dress for homecoming, a bridesmaid’s dress, gala business function, or other black-tie events. Formalwear may be for a special occasion, but those occasions are eternal.

Both Stacy and Michael Sklar have children, but they’re a bit too young to join the family business. But just as they learned at family dinners, Stacy and Michael also bring the business home. The siblings live near each other in suburban New York but commute separately, only to discuss business at every family occasion.

“And we still get yelled at,” Stacy said, laughing.

After all, it’s family.