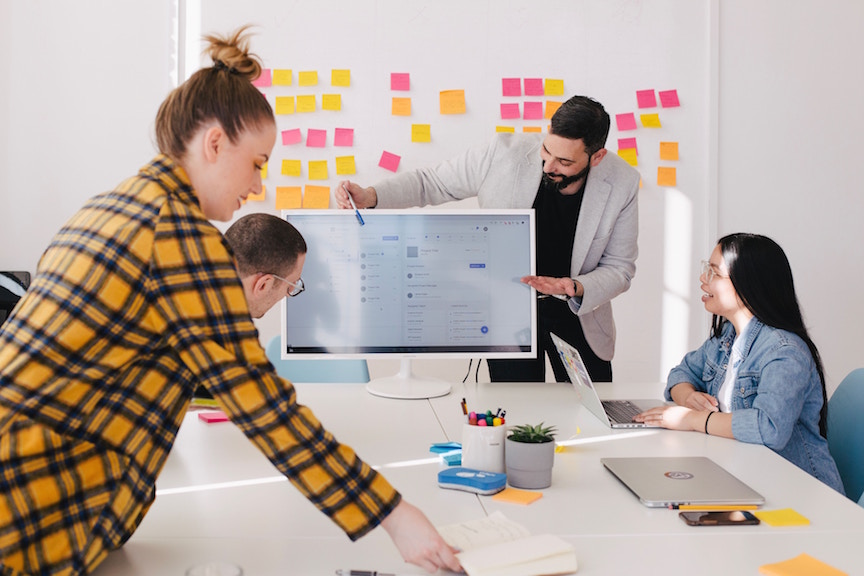 In 1989, sociologist Arlie Hochschild released research findings proving what women already knew: they worked harder at home than their male partners. Aptly titled “The Second Shift,” Hochschild’s ground-breaking and gender norm-challenging book detailed how women, despite their entrance into the workforce, continued to do the lion’s share of chores and child care.

“Adding together time in paid work, child care and housework, she found that working mothers put in a month of work a year more than their spouses,” the report said.

That was 20 years ago, and not much has changed. Based on findings from the U.S. Department of Labor’s most recent American Time Use Survey, it seems Hochschild’s “Second Shift” is alive and well. According to DOL study, 84% of women (compared to only 69% of men) spend some time doing household activities like housework, cooking, lawn care and household management during an average day. More women than men clean or do laundry on an average day (49% vs. 20%), and more women than men handle meal prep and clean-up (69% vs. 46%). In households with children under 6 years old, women spend 2.7 hours a day caring for kids, while men spend roughly half that time.

To be fair, according to that same report, men with jobs work longer hours than women — but not significantly more. Employed men spend about a half-hour longer at their workplaces than employed women.

Women Drive the Economy, Too

For women, household responsibilities often lead to real market power. According to a Bloomberg report, women drive 70% to 80% of consumer purchasing, accounting for $40 trillion worldwide in 2018.

Interestingly, our team at Soles4Souls has found that to be true even in places around the world where the economy looks very different from that in the U.S. In developing nations, where millions of families try to make it on less than $2 a day, you might assume that concepts like hard work and purchasing power aren’t even part of the conversation. But here’s the truth: people living in poverty work hard. They have to. As I have heard more than one person say, “If I don’t work, we don’t eat.” They don’t need lecturing about work, they need opportunity.

Take Traci and Raquel, for instance. Separated by nearly 2,000 miles and a dozen or more years — a teenager in New York and a wife and mother in Central America — their day-to-day lives couldn’t seem more different. But their connection runs deep, as their stories have similar beginnings.

They were both born in countries where many families live in extreme poverty — Traci in Guatemala and Raquel in Honduras. Both of their mothers made the heartbreaking decision to let them go, hoping they’d have a more promising future in someone else’s care. And for both of them, that risk paid off. Traci was adopted by a spunky single mom in the U.S., and Raquel was nurtured by Our Little Roses, a safe haven for at-risk girls in San Pedro Sula, Honduras.

As a thriving 10-year-old, Traci discovered Soles4Souls and launched a shoe drive she learned would support job creation programs around the world. First combing through her mom and sister’s closets and then inviting her community to support her, Traci collected a mountain of shoes: 30,459 pairs.

Meanwhile, Raquel was the newest of hundreds of female entrepreneurs introduced to Soles4Souls’ micro-enterprise program. Through this effort, we funnel gently used shoes to developing countries, providing women the ability to start small businesses and break the cycle of poverty. A year ago, Raquel opened her very own store, selling shoes collected by people just like Traci.

Raquel’s store is already self-sustaining, which means her family’s future is secure. Her community is benefiting from her success, too. Her customers can purchase high-quality shoes at a good price, providing their families relief, health and dignity. Raquel is able to donate shoes to struggling moms and sick elders, and she’s able to offer safe employment to girls transitioning from Our Little Roses.

How Your Brand Can Support Women

I’m a middle-aged white guy living in Nashville, so I need to be very careful about the glass house I live in. I wish I had been more aware of my blindspots as my wife and I raised our two daughters, who are now 23 and 18. But after more than seven years at Soles4Souls, there is no question that my perspective has changed on this issue. Whether we’re talking about a desperately poor community in Honduras or a wealthy suburb in the U.S., one thing is clear: women make the world work. Brands and the people who lead them, therefore, have every reason to be more intentional about how they serve this most powerful demographic.

It’s tempting to assume the fashion industry is female-oriented, but according to recent research, it’s “still run by men.” More specifically, “fewer than half of leading womenswear brands have a female designer at the helm… and only 14% of major brands are run by a female executive.”

So how can your brand support more women? Opportunity might be a powerful perspective from which to answer that question. Would you be able to attract and retain more talent by creating the opportunity to have a more flexible workplace that accommodates the real demands of the Second Shift? How can each of us create an environment where the women who do so much of the paid and unpaid work can flourish? How can those of us with a female partner at home do more to hold up our end of the relationship?

I believe that a much more important consideration has the greatest potential: giving women a seat at the table. Let’s put more women in positions of leadership and listen to them. Listen when they share a different perspective and listen when they say we’re not really listening to the customers (the women who drive 70% to 80% of your sales and most of your profit). Trust them and give them the authority to make decisions. Doing this at home may seem unrelated to the lessons we learn from all across Central America, the Caribbean, eastern Europe and Africa, but we see, time after time, that when women have real opportunities, the whole community thrives.

It all comes back to opportunity — whether that means designing new boots in a New York high rise or selling gently loved sneakers in a Honduran marketplace. Women make the world work. So let’s make it work for them in return.