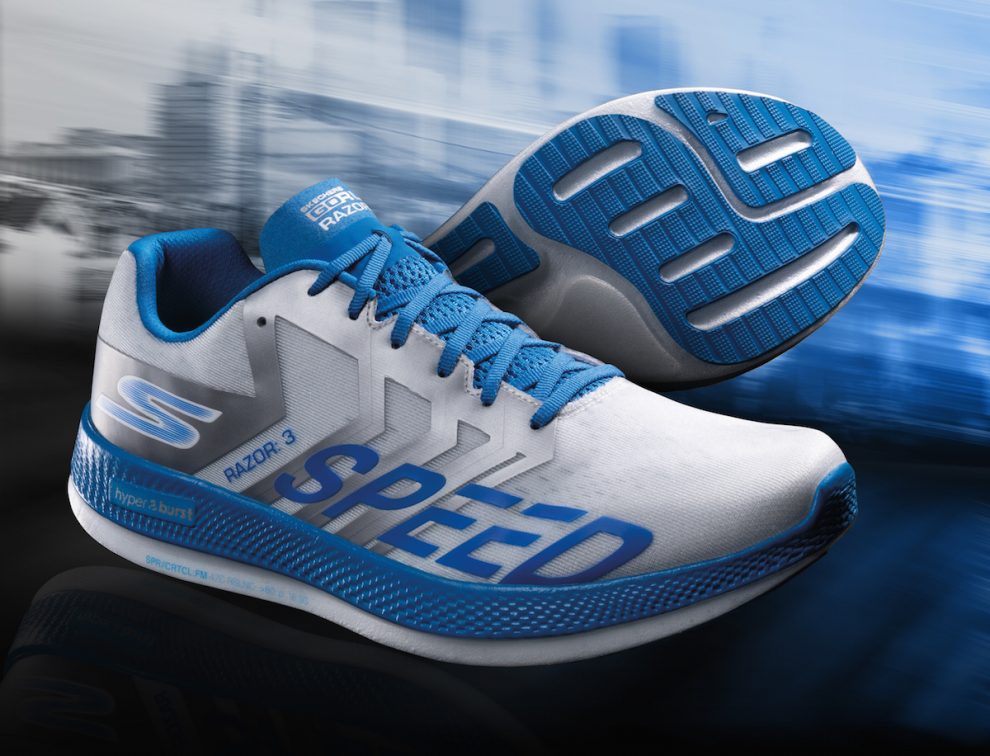 The Skechers Go Run Razor 3 Hyper performance training shoe was named by Runner’s World as the “Editors’ Choice” in a March/April 2020 cover story of best new running shoes. Runner’s World first generated buzz for the style with the same award this time last year and then later with the magazine’s “Gear of the Year” award in the September/October issue.

Given to an outstanding running shoe that successfully combines the highest-quality design and technology, the “Editors’ Choice” was awarded to Skechers Go Run Razor 3 by the publication’s editors after more than 200 styles were tested by the Runner’s World Shoe Lab. This included feedback from over 250 runners who wear-tested each product through a month’s worth of mileage.

“The big year for Skechers Go Run Razor 3 Hyper continues with an incredible second consecutive mention as an ‘Editors’ Choice’ on the pages of Runner’s World,” said Michael Greenberg, president of Skechers. “Readers know the magazine as a trusted source when it comes to coverage of gear for the sport, so to earn these accolades on top of a ‘Gear of the Year’ mention last September is a testament to the innovation of this shoe and our entire range of award-winning running shoes featuring Hyper Burst cushioning. From Meb Keflezighi and Edward Cheserek to the enthusiast putting in miles on a Saturday morning, runners at every level are turning to Skechers for the performance footwear that will help them achieve their goals.”

Originally introduced in November 2018, the foundation of the 6.4 oz. Skechers Go Run Razor 3 Hyper is the Hyper Burst midsole, which is made using a “super critical” foaming process to create spherically shaped cells in tight format. It is the lightest and most resilient midsole foam that Skechers Performance has offered to date.

The style also features a durable, translucent and lightweight monomesh upper that ensures support and breathability. Plus, the seamless upper construction helps enhance comfort while the signature M-Strike technology helps promote a midfoot strike for greater efficiency in every stride. It’s a versatile fast trainer or race-day shoe.

The Skechers Performance division was established when Meb Keflezighi wore the first model of Skechers Go Run in 2012, and the collection has earned respect throughout the running world and won numerous awards within the footwear industry. Skechers elite runner Edward Cheserek trains, races and has won numerous events in products featuring the Hyper Burst midsole.