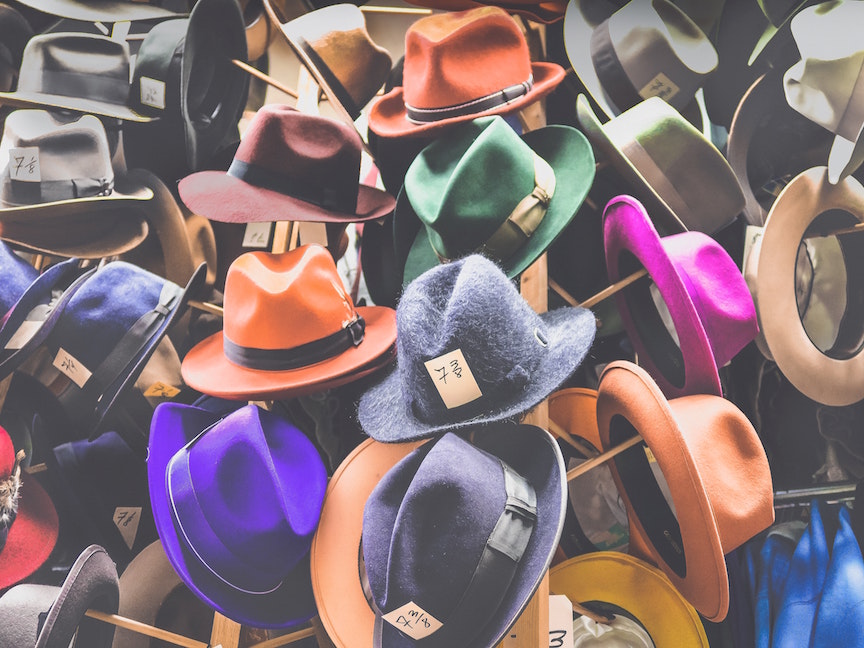 In keeping with this month’s theme, “The Men’s Issue,” we hail the male pioneers of fashion. Although several of the featured male designers were trained in Europe, they established their businesses in the U.S. and, in doing so, their designs reflected a new American attitude in fashion.

Born Main Rousseau Bocher, he first studied art at the University of Chicago and later at the Chicago Academy of Fine Arts. After serving in World War I, he worked in Paris as editor-in-chief of French Vogue, launching his career as a fashion designer in Paris. He became internationally famous as the designer of the Duchess of Windsor’s wedding dress. Mainbocher fled to America as a result of World War II, thus hitting the fashion scene when European designs were scarce and a French-sounding name evoked glamour. Mainbocher’s design innovations were the short evening dress, beaded evening sweaters, the strapless evening gowns, man-tailored dinner suits and the cinched waist (prior to Dior’s New Look).

Greer contributed to iconic American fashion design through his influence in Hollywood. A graduate of the University of Nebraska, he served in France during World War I. Returning to America after the war, Greer worked as a costume designer for theatre and later as chief designer for what became Paramount Pictures. Edith Head (profiled in the February issue) worked as Greer’s assistant and sketch artist until Greer left Paramount to open his own couture line in 1927. He is best known for his contemporary designs in expensive ladies’ cocktail and dinner dresses.

Nothing is more American than the cowboy boot. Known as “the Michelangelo of cowboy boots,” Charlie Dunn’s boots became well known after the release of Jerry Jeff Walter’s song “Charlie Dunn” in 1972. Coming from five generations of boot makers, Dunn created his first pair of boots at the age of 11. After serving in the Navy during World War I, Dunn attended art school specifically to study the anatomy of the foot and later earned a certificate from Dr. Scholl’s School of Podiatry. His boots were highly sought after due to his meticulous measurements of each client’s foot and the creation of a custom last. His mantra was “In boot making, the last comes first.”

Best known for his costume designs for the Wizard of Oz, Adrian’s greatest contribution to fashion was in films. Having trained at what would become Parsons School of Design, Adrian was brought to Hollywood to design costumes for Cecil B. DeMille and then MGM. He remained at MGM for 13 years and 200 films. He worked with such stars as Greta Garbo, Norman Shearer, Jeanette MacDonald, Jean Harlow, Katharine Hepburn and Joan Crawford. In fact, to enhance Crawford’s shoulders, Adrian designed outfits with shoulder pads — which sparked the trend. As a result of the Great Depression and disagreements with MGM, Adrian left to start his own company in Beverly Hills, although he continued to dabble in costume designs for various productions.

Aldrich had planned to study law until a summer job in fashion changed his mind. He began designing women’s clothes in 1924, but his name did not appear on the label until the 1940s. He was known for taking styles from Paris and adapting them to American tastes. In 1937, he also became involved in collecting art. As a result of the Op Art movement, Aldrich had some Op Art paintings translated into textile designs, which he used in a collection of dresses. His perspective on fashion change was that a style “remains in fashion from six to 10 years [after which] a creeping boredom results, and women become indifferent to clothes.”

Although born in England, James’ fashion career began once he arrived in Chicago, where he opened his first milliner’s salon at the age of 19. But it wasn’t until his arrival in New York that he began his first dress collection. After coming to America, James took a job at an architectural firm which gave him the mathematical skills to design his intricately sculpted ball gowns for which he is best known. Among his notable creations were a spiral zipped dress; capes and coats trimmed with fur and embroidery; a satin quilted jacket considered the starting point for anoraks and culottes. His clients included Coco Chanel and Diana Vreeland.

French-born Cassini discovered fashion while working with a couturier in Paris. After immigrating to America, he wended his way to California. An avid tennis player, one of Cassini’s tennis partners was the head of Paramount Pictures, where Cassini got the job of head designer. In Hollywood, he worked with many movie stars, like Veronica Lake, Marilyn Monroe, Audrey Hepburn and Natalie Wood. His fashion career was interrupted by World War II, when he served in the U.S. Army. After the war, Cassini opened his own brand in New York, continuing to design for television and film. Cassini’s greatest claim to fame, however, was as the official couturier and “Secretary of Style“ for First Lady Jacqueline Kennedy for whom he created the much-copied “Jackie Look.”

Although there have been many male designers since, these few blazed the trail by reinterpreting Paris fashion and contributing to the laid-back culture of sportswear, leisure and Hollywood glamour, providing the American woman with options for dressing for this new lifestyle.