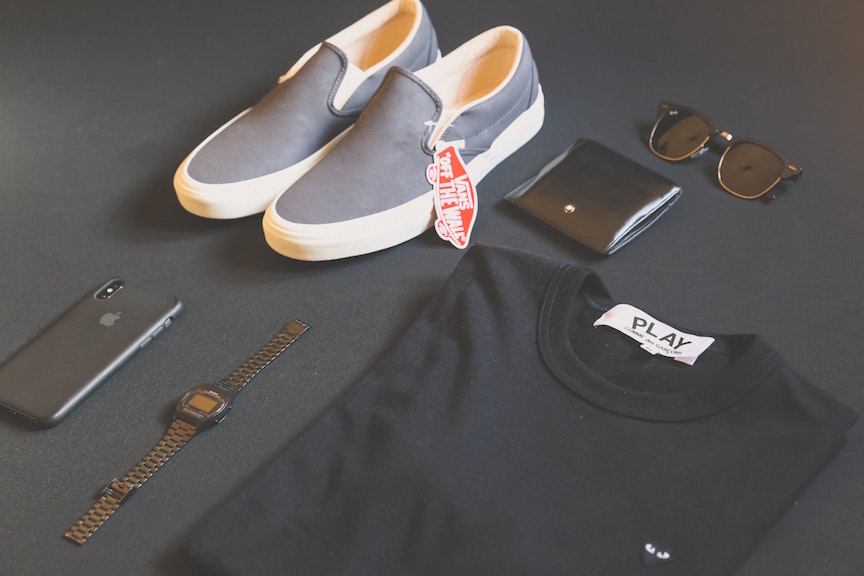 Fashion is a collection of ideas and perspectives that are rendered in cloth and thread. The designers, pattern makers, models and producers responsible for our most enduring fashions are men and women, Americans and immigrants; they are talented, creative individuals who have come from countless backgrounds to make the United States an industry leader.

In my last piece, I wrote about some of the incredible contributions immigrant women have made to the American fashion industry. Today, in honor of the Men’s Issue, I’d like to focus on a few gentlemen who have shaped the story of fashion in the U.S.

One of the industry’s most celebrated names, Oscar de la Renta, arrived on our shores in the 1960s and made an immediate impression. Initially, he was a designer for top fashion houses in New York, and he later established himself as one of the world’s most celebrated business leaders. Born in 1932 in the Dominican Republic, de la Renta began his career as an artist, studying painting in Spain. After a few sketches he had drawn for extra money garnered the attention of the U.S. Ambassador’s wife, he pivoted to design, working for several notable labels and dressing key U.S. figures, such as Jacqueline Kennedy. From there, de la Renta enjoyed a meteoric rise through the ranks, establishing a series of major brands on the way.

In acknowledgment of his contributions to American fashion, de la Renta was named president of the Council of Fashion Designers of America (CFDA) from 1973 to 1976 and again from 1986 to 1988. He won two American Fashion Critics awards and was inducted into its hall of fame in 1973. He would go on to win the CFDA Lifetime Achievement and receive the CFDA Womenswear Designer of the Year Award in 1990 and 2000.

Beyond his achievements for his work as a pioneering designer, de la Renta was a noted philanthropist, and he spent a considerable amount of his time involved in charitable pursuits in the U.S. and abroad. His story is an excellent representation of how immigrants can benefit both their home and receiving nations, as there is no question that de la Renta gave back as much as he received from his adopted country.

Another name that should be familiar to anyone who follows fashion is Stuart Vevers. Vevers came to the U.S. from England and has been credited with revitalizing Coach after becoming its creative director in 2013. His design aesthetic references generations of American youth culture, merging iconic and seemingly incongruous signifiers of American identity, like skateboarding, classic film, punk rock and what can only be called “prairie chic” into a singular luxury experience. He won the CFDA Accessory Designer of the Year award for his work in 2017. The win is significant, as it is an invaluable reminder of how important an outsider’s perspective can be in presenting and reinterpreting cultural touchstones. It is truly incredible that the creative vision of one talented individual can shape an entire company’s future — and even more astounding that without a forward-thinking immigration system, that person might not have had the chance to resurrect one of the country’s most respected brands.

Prabal Gurung is another example of how America attracts talented creatives from across the world who are shaping the future of fashion. Born in Nepal, Gurung initially studied fashion in Delhi, a hub for design in India, and his work still contains elements of that country’s sartorial flair and expressive use of color and fabric. He moved to the U.S. in 1999 with a zeal and appreciation for the country that is indicative of the immigrant experience. He shared his reasoning for immigrating with Elle in 2017:

“The fabric of this nation is based on [the] history of immigrants. It is a country that’s made of them, and it is also country that I decided to come [to] 17 years ago. I made a decision to come to America to pursue my dream of becoming a designer. I came because of the history associated with this country of immigrants: the American Dream. [There is] possibility here. You can come from a country like Nepal and make a name for yourself and eventually dress the First Lady of America and the Duchess of Cambridge. So that was the reason why I came here.”

Not only did Gurung bring this unique and important point of view to his adopted home, but he is also committed to manufacturing designs in New York. By adding much-needed cultural depth to our national understanding of fashion and providing an immediate benefit to a local economy, Gurung illustrated why we benefit as a nation when we seek out talent from around the world.

These are just a few of the incredibly gifted immigrant men who have made invaluable contributions to the American fashion industry. They show us just how significant immigration has been to the evolution of the industry in the United States. We cannot afford to lose the talent that immigrants can offer. If history has taught us anything, it is that newcomers bring a fresh and passionate take on American life that allows for exploration and vibrancy.

Over the course of my career, I have had the incredibly good fortune to have worked with hundreds, if not thousands, of highly skilled fashion professionals who have decided to make the United States their home. These talented individuals have made lasting contributions to the fashion industry, and I will continue to work tirelessly on their behalf — as we all must — to ensure that our doors remain open and our shores welcoming to all.

Michael Wildes is the mayor of Englewood, New Jersey and the author of “Safe Haven in America: Battles to Open the Golden Door.” He is a former federal prosecutor and an adjunct professor of immigration law at the Benjamin N. Cardozo School of Law.