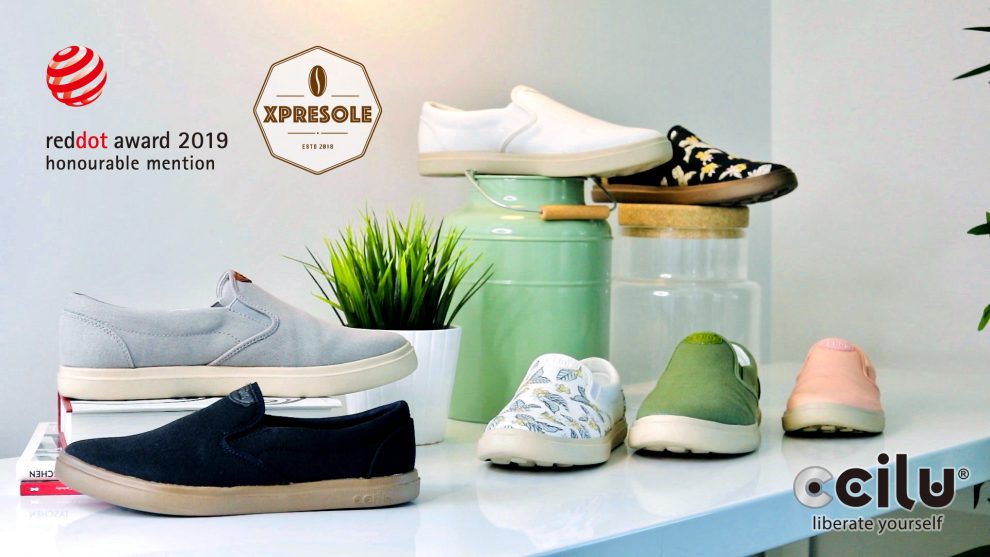 XpreSole, the latest green technology developed by Ccilu Footwear, will make its formal debut in Spring 2020. The result of a three-year endeavor, XpreSole recycles spent coffee grounds into sustainable footwear material. This first application of the technology was honored by the Red Dot Awards in the Product Design category for 2019.

The first product is the “aromatic” Cody sneaker, with its major components (upper, insole and outsole) all primarily made from grounds. One pair of Cody sneaker uses the grounds from about five cups of coffee.

Regarding Petroleum, CCILU’s plan aims to reduce by 30% the consumption of petroleum-based traditional materials currently used in the footwear industry.

Hsu said that he sees this endeavor as more than a brand initiative.

“CCILU considers the sustainability of the footwear industry and our Mother Earth far more important than exclusively occupying this space,” he said.