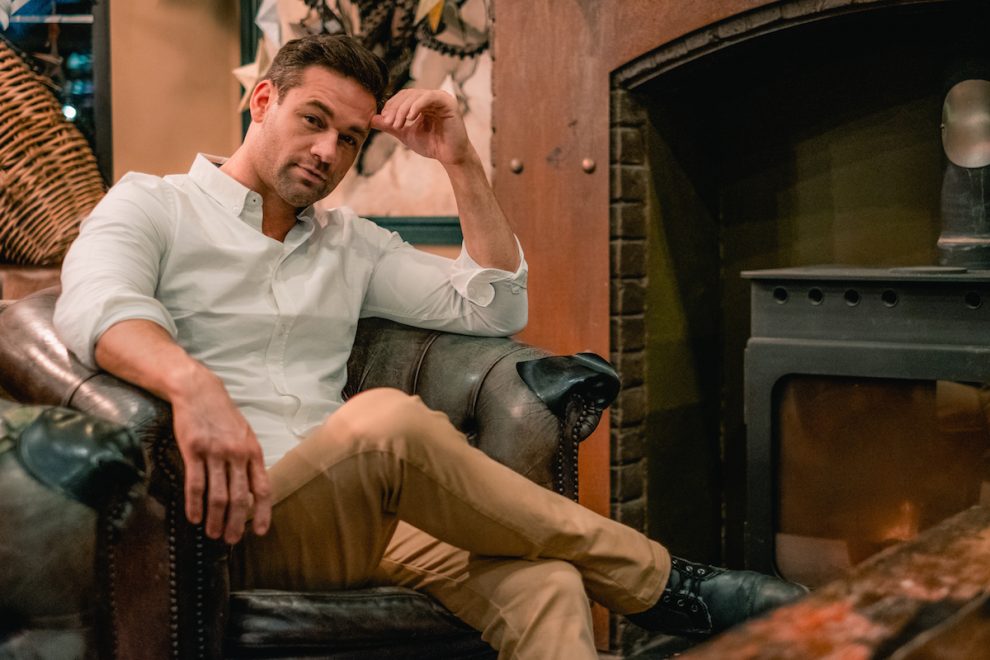 Unless you’re a Harvard or Princeton man, you might not think that a heritage-style British brand would have apparel for you. Rolled up chinos and boating shoes? Pass.

But perhaps Rupert & Buckley can change your mind. In fact, they’ve already gotten the attention of Netflix viewers in the States. Their line was recently repped by Jonathan Daviss, one of the stars of the No. 1 show “Outer Banks” (which, let’s be honest, you’ve seen at least some of while you’ve been stuck at home).

“It’s not just an English style — which was why we got rid of the ‘British’ and the ‘English’ out of our slogans,” said Alex Newman, CEO. “But it’s kind of breaking away that old style and making it a little bit more contemporary — modern finishes, modern detailing, modern fabrics [were] really the whole look, the kind of ethos that we wanted to do. We want to take away the elitism of that style.”

Newman took over after the brand’s founder, James Buckley, decided to pursue other interests. Buckley began the brand while he was at university, hand-making socks for rowers on a clunky machine he bought from eBay. While Newman knew that the core ethos of the brand was solid, he wanted to expand.

He moved the team’s headquarters from Bath to the southwest of England, near Croyde. He also built up a core team of 15 people from different industries, including tech, marketing, theater and photography.

“We already had an amazing design team, which is the core of any mid-level start-up,” he said. “But when you have a company that’s completely developed around fashion professionals, there’s a lot of pull and push with everybody having an opinion.”

Though the brand’s headquarters has always been in the U.K., its strategy has been to build an international presence as it grows at home.

“It was kind of an all-now strategy rather than a ‘let’s do a little bit at a time,’” Newman explained. Besides a significant presence in menswear in the U.S., Rupert & Buckley is a name known in independent retailers in mainland Europe. It also garners online interest in the United Arab Emirates (UAE), India and China.

That doesn’t mean R&B is neglecting its roots, though; the brand recently partnered with the Oxford and Cambridge Boat Race, perhaps the most iconic rowing event in the U.K.

“We actually got approached by their marketing team or consultancy company, and I thought it was a joke,” Newman said with a laugh. They initially worked out the partnership while Rupert & Buckley was still relatively small, and it was a huge opportunity for brand growth.

“We spent a lot of time up in Oxford and Cambridge and at universities, working with the rowers and the coaches,” he said, noting the perk of getting access to future Olympians.

As an insider to the “classic” British style, Newman and his team had an edge in creating a mix of timeless and updated looks, both for the rowers and for other consumers.

“I grew up in an area of the U.K. — Warwickshire, it’s smack in the middle of the U.K. — it’s full of prep schools and private schools and boys’ schools and bits and pieces, and it’s very much how we all dressed growing up; it’s heritage style,” he said. But with such an iconic look comes the challenge of making it something that’s unique to buyers.

“We have heritage products that are sold by thousands of other brands globally; we need to make sure we’re doing stuff to make us stand out. So for us, that was a seasonally, area-targeted range,” he said.

One thing that Newman feels the brand excels at is thinking about all kinds of women when it puts out womenswear.

Since the outbreak of COVID-19, the company has been taking advantage of its downtime to boost its digital presence and kickstart its sustainability initiatives. It has started working with the digital agency Jaw on e-commerce solutions and digital showrooms, among other strategies. The platform has helped Rupert & Buckley help its independent retailers as well.

“Obviously, with social distancing, we’re only allowing certain people or amounts of people into their stores; we’ve really got to do something to help them out,” Newman said. “It fits in nicely with our sustainability initiative as well, because obviously there’s a lot less traveling for reps, etc. It’s also good and fun and very modern; we love technology.”

As far as sustainability goes, Rupert & Buckley has pledged to be carbon neutral by 2022. To accomplish that, the brand will have to pay other companies to offset the emissions they create through manufacturing and shipping. But none of this could have come together so quickly if the whole team had not been stuck at home, Newman acknowledged.

“Being a medium-size brand, it’s very difficult to implement because of time and cost,” he said. “It sounds strange, but without [COVID-19], we wouldn’t have had time to do this.”