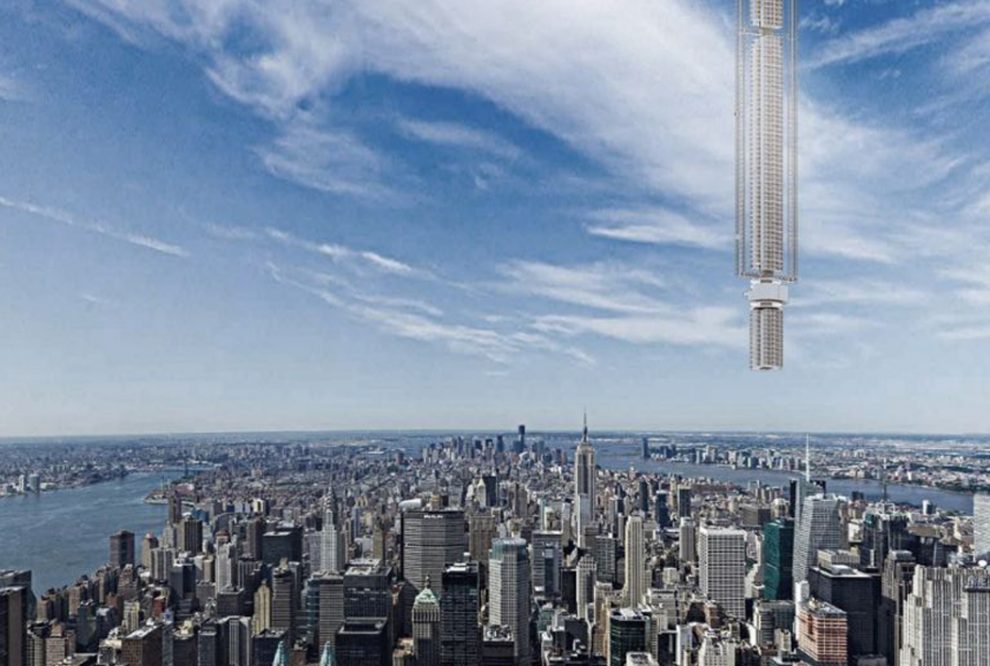 Turn on any sci-fi movie and you’re likely to see a wide array of futuristic architecture—floating buildings, all-glass facades, and sweeping lines. And while most of us probably thought we would never see buildings like those in our lifetimes, two New York City-based architecture studios are trying to create buildings that seem like they could come straight from any of those films.

Design studio Oiio just revealed concept drawings for a U-shaped skyscraper called “The Big Bend” that would be a solution to the government’s attempt to regulate the use of land in NYC, as well as the size, shape and height of new buildings.

Because of these laws, developers try to maximize on the height of their buildings to help their designs keep up with the prestige factor of high-rise structures. Oiio started to wonder how they could push their designs a step further: “What if we substituted height with length? What if our buildings were long instead of tall?” And the U-shape idea was born.

If built, this skyscraper has the potential to be one of the most prestigious buildings in NYC and, at 4,000 feet long, it would also be the longest building in the world. Not to mention it would certainly change the skyline of Manhattan.

While the design is without-a-doubt revolutionary, the building might come with an unwanted side effect: vertigo. Oiio kept this in mind for their design and included a concept of the interior as well. And while it’s not as scary as we might have imagined, it’s definitely not for the faint-hearted. Acrophobics beware.

This next building concept takes the idea of futuristic architecture to new heights. Literally. The architecture firm Clouds Architecture Office wants to dangle towers from asteroids. They just released renderings of a new conceptual building system called the “Analemma Tower,” which would build skyscrapers attached to asteroids. Clouds AO proposed that a large asteroid be place into orbit over Earth, and that a high-strength cable be lowered toward earth to hold a skyscraper. The tower would be constructed over Dubai—where tall building construction is a specialty at one-fifth the cost of New York construction—and would orbit between North and South America on a daily loop.

While these renderings may stay more concept than reality, architecture and design firms are trying to push the boundaries on the NYC skyline. Here’s to seeing what they come up with next.

To learn more about the work done by Oiio and Clouds AO visit oiio.com and cloudsao.com.