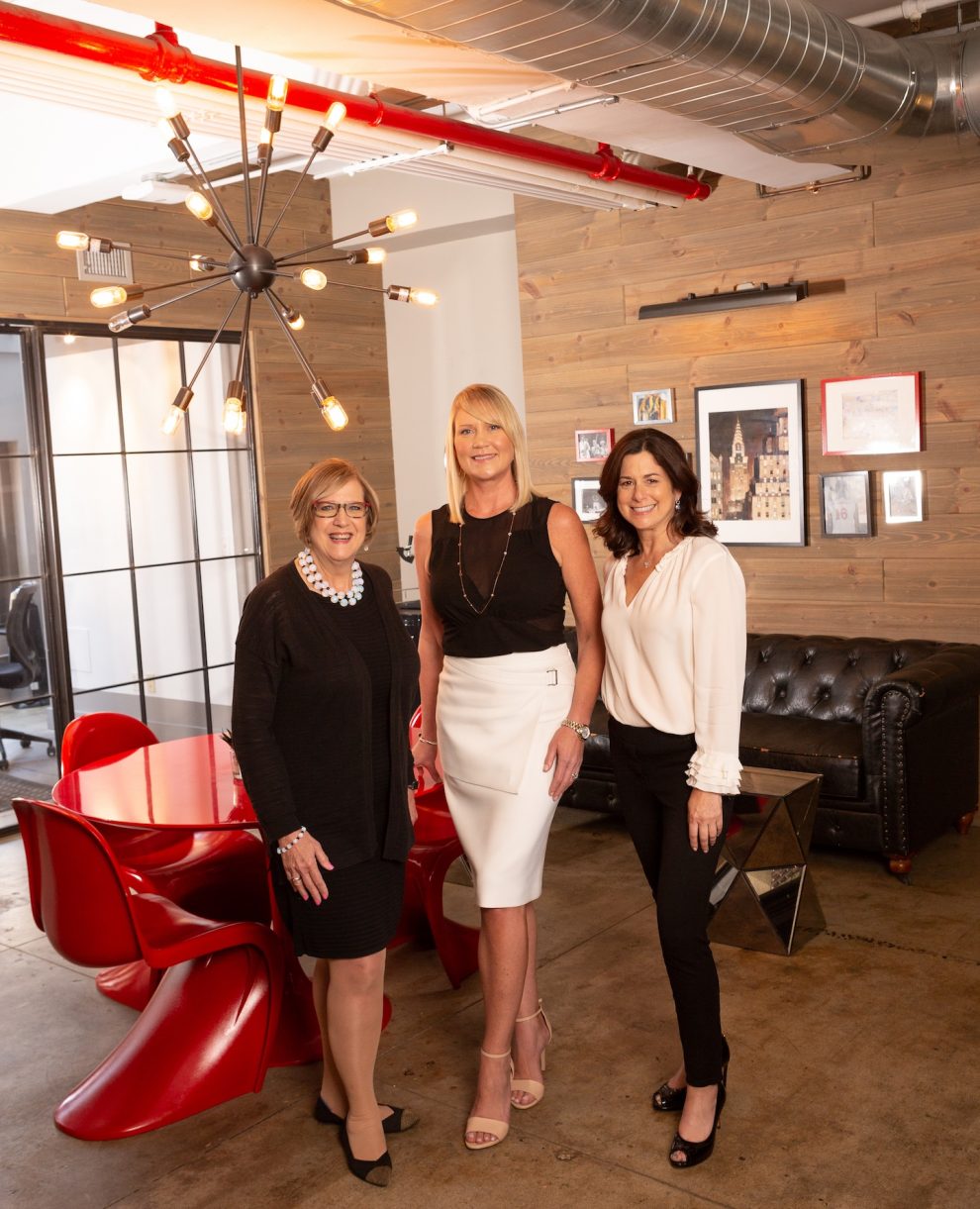 It’s a classic case of friendly competitors turned colleagues. The August merger of Sun & Moon Marketing Communications and Pace Branding & Marketing under the Pace banner has created a powerhouse serving real estate and other industries. But first the stars had to align, said Madelyne Kirch, former president of Sun & Moon, and Pace CEO Cara Faske and president Diana Riser.

Speaking just weeks after the companies joined forces, the leaders are excited about the possibilities.

“By combining our strengths, it enhances what we can deliver to clients,” Faske said. “SMMC and Pace have a keen understanding of real estate. Our work is very strategic. By combining, we have something really powerful. For clients who understand what we now can bring as a combined company, it gives us an edge.”

Since its founding in 1954, Pace has served a client roster including Harry Helmsley, Boston Properties, George Comfort & Sons, L&L Holding, Vanbarton Group and Youngwoo & Associates. The company is also recognized for its Common Ground initiative, which highlights women of accomplishment in the CRE world. Faske joined Pace in 2011 when Cara Martin, the company she founded in 2003, affiliated with the firm. Miami-based Riser was named president in 2017 after serving as publisher of Modern Luxury’s Miami magazine.

Faske and Kirch had been friendly competitors for years. “As I was packing up the office, I found a note from Cara about a project from 1995,” Kirch said.

Coincidentally, the three leaders had begun rethinking their businesses in the last year. As Sun & Moon was celebrating its 25th anniversary, Kirch was focused on the future — both the firm’s and her own.

“What I really enjoy is doing the work. I’m a writer by training. My passion lies in working with the clients to solve business challenges,” Kirch said. “But as my career progressed, I was spending more time doing administrative work and less on what I was passionate about.”
Faske and Riser were also reassessing their corporate structure. Over the years, Pace’s New York and Florida offices had developed their own specialties, with Florida especially strong in video and creative services for residential real estate, travel and tourism, and healthcare, while New York had a greater concentration of commercial real estate clients.

The bureaucracy and overhead inherent in being part of a global monolith led the two to acquire the company from global advertising and public relations firm WPP plc, which became a critical factor in the deal.

“Madelyne and I had talked over the years, and the timing wasn’t right. When we met earlier this year, Diana and I had just bought the company from WPP, and there were a lot less layers,” Faske said. “We always knew we complemented each other.”

Just as important, the corporate culture was right, Riser added. As an independent company, Pace can now move and make decisions much more quickly.

“The timing was everything and worked out perfectly,” Kirch added. “The fact that Pace was independent was important to me. If they’d become independent a year earlier, it wouldn’t have worked for us.”

Even so, it was critical to Kirch that her staff be respected and the clients be valued, something that doesn’t always happen.

“Cara and I share values and we’re similar in how we handle business,” she said. “And as I’ve gotten to know Diana, I see she shares these values, too.”

The New York real estate community is small and nuanced, Kirch continued. The depth of knowledge and understanding in the combined entity is appealing to brokers who want to focus on deals, not marketing.

For the former Sun & Moon team, Kirch added, “We have a new depth of resources including in-house video and enhanced digital services.”
And more work has come.

“Now that we’ve been together for two weeks, I can’t tell you how well that’s worked out,” Kirch said. “It may be coincidental, but we’ve received an enormous amount of new business since we joined forces.”

Clients who’ve called to congratulate Faske, Kirch and Riser have been thrilled to discover the additional services, the three report. In addition, with an office in Miami, Pace’s newly combined staff has much more opportunity, as many New York companies have interests in Florida and vice versa. And Pace’s work in healthcare, education, travel and tourism can allay any volatility in the real estate industry.

The merger hasn’t been the only change. Pace already had plans to relocate to West 46th Street from Flatiron, and fortuitously, a larger location at the building became available to accommodate the Sun & Moon staff who came on board. The firm now has offices in New York and Florida and staff in North Carolina and Colorado. But it is all one team, offering a breadth of creative, media and digital services.

“That’s what you want — the merging of the two teams,” Riser said. “One plus one definitely equals three. The goal is to integrate and offer much more than we could have separately.”