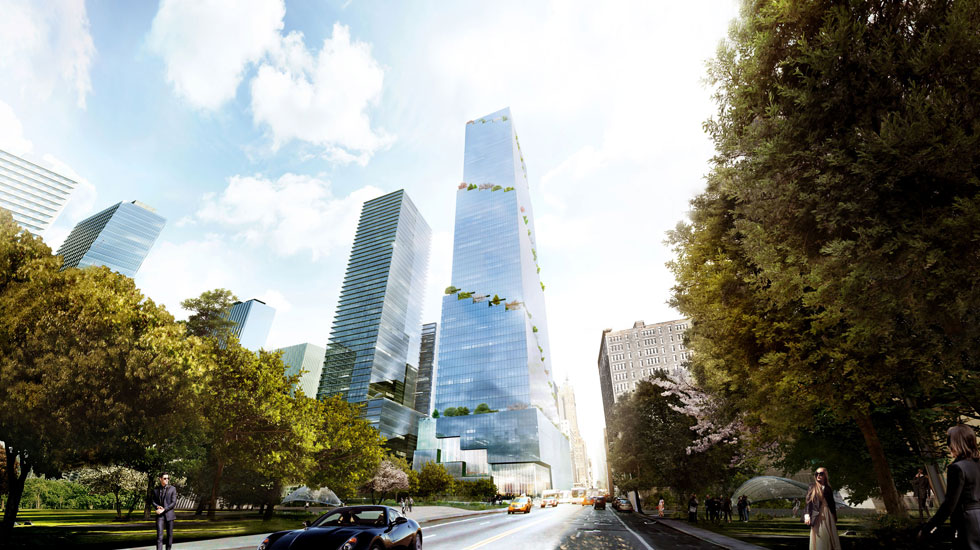 Law firm Debevoise & Plimpton LLP will relocate its headquarters to The Spiral, taking 530,000 square feet at the 65-story office tower under construction at 66 Hudson Boulevard, announced developer Tishman Speyer. Debevoise will occupy floors 40 through 52 under a 20-year lease. The firm is expected to move to The Spiral from its current offices at 919 Third Avenue in the second half of 2022.

With the transaction, Tishman Speyer has now pre-leased 54% of the 2.8 million-square-foot office tower more than two-and-a-half years prior to its completion. Pfizer previously announced that it will relocate its global headquarters to 800,000 square feet in The Spiral, while AllianceBernstein has committed to 189,000 square feet.

Designed by BIG-Bjarke Ingels Group, The Spiral will rise 1,031 feet and feature a cascading series of landscaped terraces and hanging gardens as its signature element.  The terraces will ascend, one per floor, in a spiraling motion to create a unique, green pathway that wraps around the façade of the tower and supplies occupants with readily accessible outdoor space.