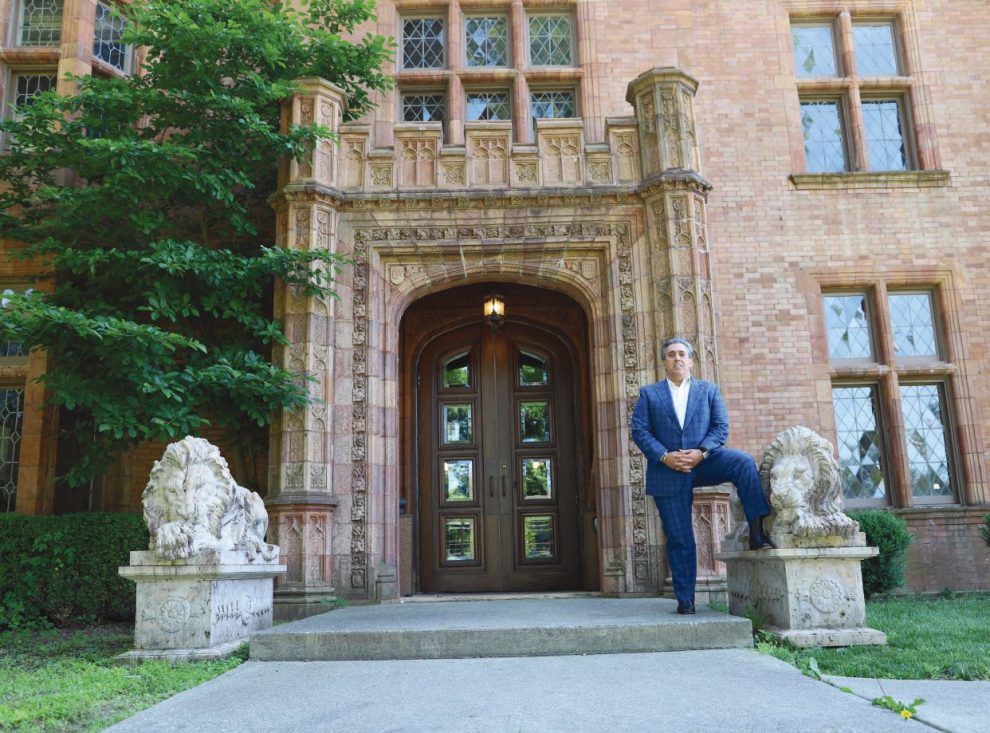 Even if you’re 100-plus years old, you’ve never seen a business environment like this. At the height of the Spanish Flu epidemic, when from August 1918 to February 1919 New York City saw approximately 30,000 deaths out of a population of 5.6 million people, businesses did not completely shut down. But the longer incubation period for COVID-19 has compelled companies, schools and more doors to shutter to “flatten the curve.”

Despite challenges and an overall slowdown in the office sector (see page 54), one of the enduring lessons for real estate professionals of the COVID-19 era is that you can’t keep a good dealmaker down. Whether the transaction involved permitting, financing or finalizing a lease; whether it required virtual meetings, suspension of long-cherished requirements or a simple signed PDF, deals got done. The following are some of the varied permits, financings and transactions that took place in April despite the social distancing necessitated by COVID-19.

The Abbey, Morristown, New Jersey
The transformation of the Abbey into a fashionable home furnishings store and posh restaurant took another step forward in April during a remote meeting of the Morris Township (New Jersey) Planning Board. The board unanimously agreed that the proposal is consistent with the Township’s zoning master plan. Built in 1904 on Madison Avenue’s “Millionaire’s Row,” Alnwick Hall, as the 42-room Renaissance Revival-style mansion was then known, was modeled after a 16th-century British manor. Celebrity Motors owner Tom Maoli acquired it for $6.25 million in 2008 to turn the building into his office. Still, the costs of heating, cooling and maintaining the structure were massive, exceeding $62,000 last year.

Restoration Hardware (RH) became interested in turning the long-vacant abbey into a showroom, restaurant and wine bar in 2017 after it featured by Mansion in May, a month-long fundraiser for Morristown Medical Center, Maoli said.

The building fronts Madison Avenue, and except for removing a narrow portion in the back, plans call for the exterior to remain intact. Two main additions are planned: a two-story showroom to the right side of the original building that runs parallel to Madison Avenue, as well as a restaurant and wine bar on the far rear of the property, midway between the two buildings. Diners will be surrounded by gardens and a patio used to display RH outdoor furniture.

First, however, RH’s application had to pass muster at a master plan consistency review. In 2018, the Township Committee designated the Abbey as a “non-condemned area in need of redevelopment.” Planning consultant Paul Phillips prepared a redevelopment plan, submitted in March to the committee. With public gatherings in New Jersey halted, the committee met via a Zoom video conference. Without naming RH as the redeveloper, Phillips described the plan as fulfilling two important criteria as set forth by the Master Plan: preserving and enhancing historic sites, and improving commercial usage where appropriate. Following a brief online discussion and questions about the layout of the buildings and other details, the board approved the plan. The next steps include obtaining site approval, the official designation of RH as the developer, a site plan application, and a public forum, originally scheduled for April 29. The Township’s website shows events canceled through May.

Financing Manhattan Multifamily
A pandemic is no time to stick to tradition, as capital advisory firm ABS Altman Warwick (a division of ABS Partners Real Estate) showed when it closed nearly $58 million in loans on two multifamily buildings portfolios.

The loan was fixed at a rate of 3.47% for 10 years with four years of interest-only payments. M&T Realty Capital was the agent for lender Freddie Mac. John Leslie, senior managing director and Patrick Rhea of ABS Altman Warwick placed the loan on behalf of the owners. The sponsors have owned the buildings, which are 54% rent-stabilized, since the early 2000s.

“YOU JUST HAVE TO FIGURE IT OUT — PAUL LESLIE, ABS ALTMAN WARWICK”

Financing multifamily was a challenge to start with, Leslie observed.

“At first, the issue was rent regulation,” Leslie said. “It was a challenge to get lenders comfortable with rent-regulated apartments.”

An even greater challenge, however, came when COVID-19 shut the tri-state area down. The ABS Altman Warwick team also was shopping a $28.3 million loan for a 12-building portfolio in the Union Square and West Village submarkets of Manhattan. The portfolio spans nearly the entire block of 17th Street between Union Square and Irving Place, comprising 11 garden-style townhome buildings as well as a 24-unit building located on Cornelia Street in the West Village. Leslie and Rhea placed the 10-year loan with Kearny Bank and closed at 3.5% with three years of interest-only payments. But getting the deal done entailed getting Kearny to change some long-held closing practices that were especiallly problematic in the current environment

“The M&T Realty deal was always going to be a remote closing,” Leslie said. “The Kearny Bank deal was very much the opposite.”

Founded in 1884, Fairfield, New Jersey-based Kearny had always required every closing completed in person. But after multiple discussions, Kearny abandoned the requirement and participated in its first-ever virtual closing.

“They really bent over backward,” Leslie said. “You just have to figure it out.”

“Janus and the Manhattanville Factory District have had a long and productive relationship with Gluck+,” said Scott Metzner, principal of Janus Property Group, the district’s developer. “The firm has been instrumental in the neighborhood’s design and growth into one of New York’s premier innovation clusters.”

The Manhattanville Factory District is a master-planned neighborhood of more than one million square feet in West Harlem, developed by Janus and stretching from West 125th to West 128th Streets at Amsterdam Avenue. A major focus has been to build an active streetscape integrated into the existing West Harlem fabric, including a significant new life science cluster to add to City College and Columbia University’s growing presence in this field.

Gluck+ led the design of the Manhattanville Factory District’s Malt House, a 200,000-square-foot former brewery reimagined into a dynamic office building catering to commercial users as well as those in the life sciences and the arts. The building incorporates 125,000 square feet of new, Class A space on top of 75,000 square feet of renovated brewery space that preserves cast-iron columns, vaulted brick ceilings and dramatic steel structures. The building is the new home of the renowned art gallery Gavin Brown’s Enterprise.

“For our firm, the Manhattanville Factory District is very much our home,” said Thomas Gluck, principal at Gluck+. “As architects and builders here in New York City, we value the vibrant mix of old and new, both in terms of the buildings and the potential uses.”