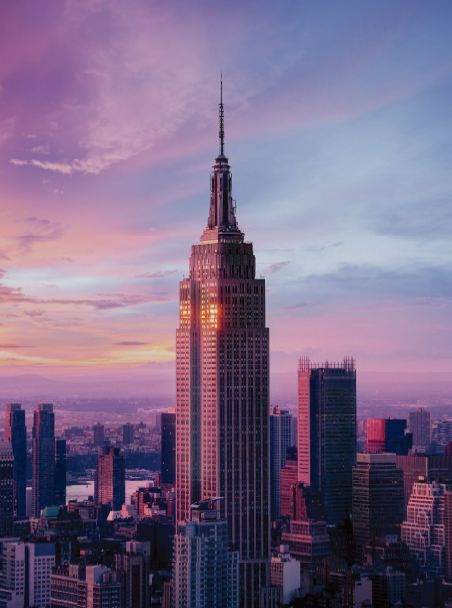 One might think that owning and operating urban and close-in suburban office buildings — including one of the most famous office towers in the world — in the world’s worst-hit city during a pandemic would be a cause for concern.

But Anthony Malkin, chairman, CEO and soon to be president of Empire State Realty Trust (ESRT), wasn’t perturbed at all during a mid-June interview. After all, the company had continued to operate during New York’s mandated shelter-in-place shutdown, even signing a new lease for Winged Keel Group and renewing Charles Schwab at One Grand Central Place and Ernst & Young’s lease at First Stamford Place in Connecticut during the pandemic.

The results are testaments to early preparation and a solid balance sheet. Malkin pulled out ESRT’s 9/11 crisis plan on February 2, long before most public officials said COVID-19 could be a serious threat.

“We did ‘Trust but verify,’” Malkin said. “It was very important that we get this right. I have never failed to be pleasantly surprised — or meet my expectations — by expecting the worst.”

The company had its first crisis meeting on February 21, a month prior to the New York shutdown to “stress test” and update the plan.

“We knew it was not just about ourselves, but the people we serve,” he recalled. “We are a service business first. In the land of environmental, social and governance, we have placed a heavy emphasis on our people, and we wanted to get ahead of it.”

On March 5, it was determined that the staff should be prepared to work from home. Within a week, the company’s IT department had generated 30 additional laptops with a full suite of programming for those employees who hadn’t been equipped with them before. Meetings were rescheduled for Zoom or the more secure Microsoft’s Teams hub when confidential documents needed to be shared.

Setting the right tone during the crisis was important, Malkin continued. An early strong emphasis on virtual meetings was toned down once people became comfortable with video conferencing. He has found Teams especially interesting because of its flexibility — a simple message of “Are you available?” increased spontaneous meetings.

Social events and space tours for brokers were conducted virtually, with a little extra help.

“We did a lot of work on how to engage with brokers virtually,” Malkin said. “We literally had quarantinis delivered to brokers’ homes for virtual happy hour meetings, and it was fantastic. I can jump in at any time. The amazing thing is that even their own bosses aren’t showing up to these people.”

ESRT even completed a search for and brought on board a new CFO during the lockdown, bringing on Christina Chiu, an 18-year veteran of Morgan Stanley, who was impressed by the company’s long-distance efficiency, Malkin related.

“She said, ‘You’re all actually working,’” he said. “We got our quarterly earnings done exactly on schedule, while other companies changed their ear nings calls. We set some standards on certain levels. When we partner with people, we partner with our own people. And we partner with the people with whom we do business. It’s not so hard to figure out how we also can partner with our future and current tenants to get deals signed during the downturn.”

But if ESRT has performed so efficiently with employees working from home, could its tenants see that as a justification to reduce office space? No, Malkin said, noting that he was conducting the interview from his Empire State Building office.

“We haven’t started any new deal of any size,” during the shutdown, he observed. A number of deals, including financings, that closed during the shutdown had been scheduled to do so at that time anyway, and ESRT’s long-standing relationships allowed everyone to go that extra mile to get the deal done.

But not all businesses have operated as efficiently as ESRT during the lockdown, and tenants, especially those looking for larger spaces, want to visit in person, not just virtually.

Businesses still need face-to-face interaction to train new people and grow, he said. It’s much more difficult for staff to distinguish themselves without casual office interaction, what Malkin referred to as “hallway validation.” Nor is working from home easy for single parents or families where both parents work full-time.

Young employees haven’t been working from separate home offices or a weekend house — they’re more likely to be set up in a cramped studio apartment, he noted. Team building, communication, initiation of projects and training all suffer. It’s not a coincidence that customer service declines when staff members are working from home during an emergency, facing distractions and needs of their own.

That’s why he’s not concerned about people fleeing offices, especially in New York City. Until the COVID-related recession took hold, the city was at peak employment.

“What makes New York City so popular is the creativity of the people there,” he said. “They are a melting pot of creative people around the world. They come here for a specific reason. The fast-growing creative businesses want the firmament. You can’t get that from work from home.”

The current outflow of population from New York is a demographic shift, born of thirty-something millennials who have started families and are now searching for space and schools. But companies will accommodate them, as the delay in household formation has allowed them to become that much more valuable to their employers. In addition to properties in Manhattan, the company has buildings in Connecticut and Westchester.

“If that means they will want to take offices outside the city, we have been satisfying needs for companies throughout the metropolitan area for decades,” he said. “That will not change.”

The company has been working with retail tenants throughout the crisis, in some instances offering free rent during the shutdown and percentage rent thereafter to smaller entrepreneurial retailers. But collections are improving, and Malkin even is hopeful about the retail sector.

“There will be a period of disruption, but it’s a question of who will be disrupted,” Malkin said. “Think of New York in the late 1970s [recession]. It was so dynamic, so exciting. The street culture was amazing. If you look at any economic disruption, it created new ideas. Spaces were more accessible to more people. Will there be vacancy? Yes. But we have a phenomenal balance sheet with a lot of cash and it gives us the runway to endure for years. It also gives us the ability to flex and expand. We have capital available for growth.”

ESRT has the lowest leverage among public New York City office REITS, the company notes, and is sitting on $1 billion in cash plus $550 million in line-of-credit capacity, with no debt maturing this year. Unlike most older buildings, ESRT’s Manhattan assets have been fully modernized and are energy-efficient; however, because the buildings are older, rents are substantially lower than newer construction, while providing more amenities than Class B buildings. Its tenant base is diversified by industry with 20.2% in consumer goods, 17.3% finance, insurance and real estate, 16.7% retail, 10.7% technology, 10.4% professional services and the remainder distributed by various industries.

Though it’s early days yet — we’re just three months into what Malkin said could be a 36- to 48-month disruption — the company is primed and staffed to grow. The recent addition of Senior Vice President and Chief Investment Officer Aaron Ratner, who has a background in multiple asset types, is a definite signal that the company is looking to expand. Meanwhile, ESRT has sustained its business during a unique event in business history.

“Because we are a good partner, because we focus on good partners, because we have relationships where we have built what I call the contingent asset of will, which you never get to draw upon unless you need it, those authentic relationships result in really good, open, candid conversations,” Malkin said. “You get business done.”