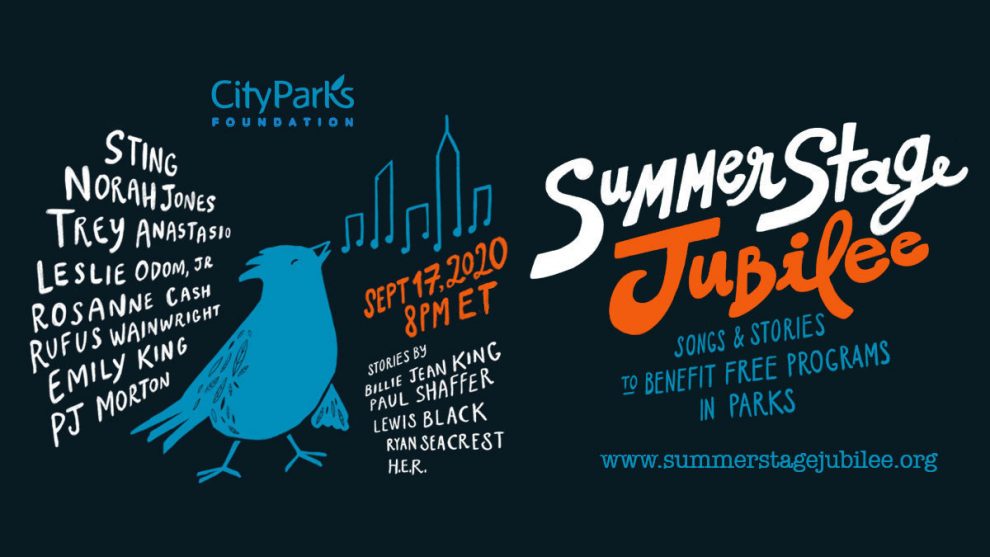 Through its Capital One City Parks Foundation SummerStage Festival, City Parks Foundation is the largest presenter of free arts and cultural programs in New York City parks, and serves 300,000 New Yorkers each year through arts, education, sports and community building initiatives. The organization is dedicated to offering diverse programming to encourage residents to use and care for their local parks and green spaces, to bring these public spaces to life and make them accessible for all.

At a time when public programs have been upended by the COVID-19 pandemic, our city’s parks have remained open as some of the only public assets available to all. City Parks Foundation’s programs have not stopped and have been available both in-person and online during this time. The 2020 SummerStage Jubilee Benefit Concert will help support these free parks programs and ensure they can continue, from free tennis and golf instruction to experiential, science-based lessons, to buying tools and bulbs for volunteers to beautify local parks and to ensure SummerStage, New York City’s largest free music festival, and SummerStage Anywhere, its virtual festival, will remain free and available to all New Yorkers.