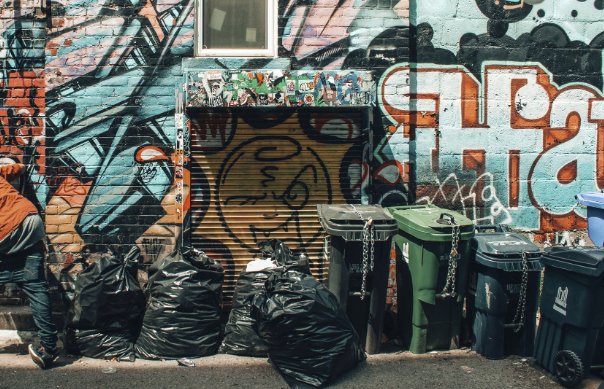 In a luxurious city such as New York, it seems like the possibilities are endless and there’s no shortage of opportunities. Anything that we can think to have and explore is within the bustling Big Apple—with the exception of garbage disposals apparently.

Believe it or not, they’re still a coveted appliance in NYC buildings, and yet they’re rare to find. City-dwellers are all wondering why that is, even resorting to online forums such as reddit and Quora to express their frustrations. Well, it all comes down to the very pipes that run through the city’s building.

In the 1970s, many municipals banned the use of garbage disposals, wary that food might clogg up pipes and lead to disastrous results. This ban was rooted in the fear of affecting sewage systems and believing the fragile pipes were unable to carry the burden of grinded up food chugging through them. Older pipes, particularly, were a concern; they contained their own sludge and scaling that any additional trash could pose a serious threat to. Clogs, back-ups, overflows and general property damages were among the anticipated issues caused by garbage disposals. As a result, the convenient appliance was officially banned.

It wouldn’t be until almost two decades later that the city tentatively brought them back by giving 200 New Yorkers free garbage disposals to undergo a trial run. With promising results, the NYC Department of Environmental Protection conducted a study and finally deemed them to be safe after which a bylaw was passed, officially allowing them in NYC homes.

But still, there’s an apparent wariness that remains. Since the ban was lifted in 1997, NYC homes have yet to see garbage disposals as a common appliance and very few apartments that have them. While suburban residentials seem to have no problem with them, NYC still has not made the seamless transition.

Perhaps property managers’ lack faith in the city’s pipes to hold up under pressure. But garbage disposals require special maintenance that most people aren’t aware of. Joshua D. Arcus, president of The Siderow Organization, a New York City-based real estate company, believes it’s due to a lack of knowledge on how to manage garbage disposals.

“I think the main issue is that most people don’t know how to do light servicing of them on their own,” said Arcus.

However, it seems as though no matter how much proof there has been that garbage disposals won’t cause a calamity, city officials and property managers alike remain wary while residents continue vying for it. Some may even say that they’re a more efficient means to disposing trash as opposed to using plastic bags. Among those that have faith in its use is Jason Bauer, a licensed real estate salesperson at DJK Residential in New York City.

For a city that seeks to be more environmentally-conscious, this may be one way to reduce waste. Instead of using extra resources and waiting for food to decompose, simply tossing them in the garbage disposals and letting them travel with other waste would significantly decrease the need for non-biodegradable plastic. They may not be as efficient as a composter, but they may be a step in the right direction.

Some people deem it so necessary, they go against building codes and install it covertly, though not everyone manages to get away with it. An obvious sign someone has a garbage disposal in the apartment is when things go awry next door. Most sink waste lines are tied with another, like the adjacent apartment’s kitchen or bathroom, so that person may be responsible for the neighbors’ backed- up sink, tub or toilet.

It appears the great garbage disposal debate will be ongoing one for a while. Whether NYC will make the transition anytime soon is up in the air. But in the meantime, city-dwellers must make peace with the good ol’ ways.