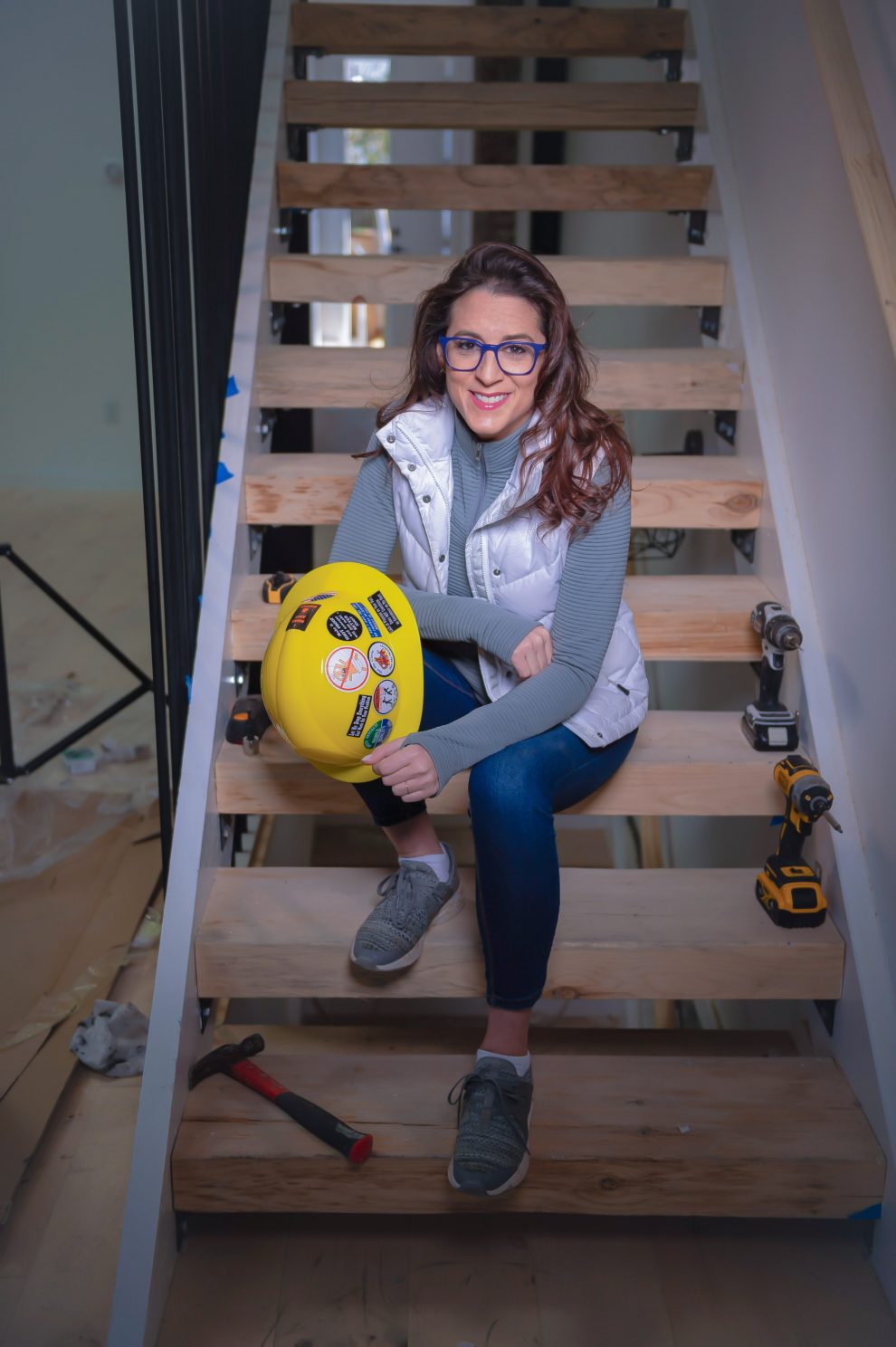 When Andrea Mesis-Bruno was growing up, she would help her father Jimmie Mesis with his private investigator work, occasionally wearing a hidden camera and gathering information for him on a case. She likens this memorable situation to a popular 1980s cartoon.

“He was Inspector Gadget and I was Penny, the daughter,” she said.

Mesis-Bruno thought he had the coolest job in the world and wanted to do something just as cool when she grew up. So, she joined the world of private investigation right out of high school but soon found that most of the work was far less glamorous than she expected.

“I spent a lot of time sitting in unheated vans with portable toilets and a gritty partner,” she said.

After graduating from the police academy early entrance program, she decided not to pursue police work or private investigation, but instead, took a risk and entered a different, still male-dominated industry managing security officers. Mesis-Bruno can tell stories of body guarding some famous people, and providing a safe environment for 9/11 survivors in the weeks after their escape from the World Trade Center for some of the top financial firms. But the most exciting thing that happened to her while working in security was the day she was tapped to take over the technology division as promotion for a company in New York City. That was her true introduction to the dynamic world of construction and the behind the scenes magic involved with drawings, competitive bids, vendor coordination, project management, and installations.

“Once I was brought into the process, I was in love,” she said. “Now, I wish I had known about careers like this when I was 18!”

For the next decade, Mesis-Bruno became a rarity in the industry: a Latina (her father was of Cuban descent) spearheading some of the most complicated security projects in the city, which helped her amass an incredible wealth of experience in construction project management. She also built an impressive network of property managers, developers, and investors who respect her industry knowledge and achievements. She delighted in wearing the hardhat, walking the job site and watching a building that she had helped plan materialize before her eyes.

Her resume and enthusiasm for the industry helped recruit her into her most recent venture, vice president of client relations at Enobrac Plumbing in Brooklyn, headed by John Carbone. There, she works with some of the most demanding NYC developers to build the ever-changing skyline.

“I learned from my security days that the bigger, national company doesn’t always offer the biggest opportunities. Enobrac is a New York-based company that allows me to do the things I love and empowers me to learn more every day,” she said. “I get excited when I put an IKEA dresser together. Can you imagine how exciting it is for me to see the skyscraper jump off the paper and into the skyline?”

For years, Mesis-Bruno attended the annual luncheons for Nontraditional Employment for Women (NEW). The organization successfully helps at-risk women train and find employment in the construction trades. As a single mother herself, Mesis-Bruno always appreciated the perks of working on the corporate side of construction, which include good pay and flexible hours. She became self-supporting after her divorce five years ago and was able to be home for her son, DJ, after school, and recently, has moved into a home.

Now she is spreading the gospel of construction as a lucrative, exciting career for women, helping open doors for young girls who may be hesitant to enter a historically male industry. She has received the looks of incredulity from men when she has asked the right questions and known the right answers on the job site.

“You become a sister in the brotherhood of your trade, where there is a lot of camaraderie. If you show you’re smart, you will earn respect, like any male apprentice would,” she said. “And you don’t have to hang up your femininity when you put on a hard hat, or work outside all day or endure horrible conditions. There are plenty of inside office jobs in the interior sector that are just as exciting and have just as much to do with the final product.”

Mesis-Bruno took the initiative to launch a mentorship program for women in the NEW program to help make them aware of career opportunities in construction as they transition to the corporate side of their respective trades. She is helping them with activities like setting up a LinkedIn profile and learning how to build a network of project managers and executives on their job sites.

“In construction you aren’t pigeon-holed”, she explained. After hanging up their tools, there is plenty of opportunity, support and mentorship on the corporate side for women journeyman who know the business and want to continue their career.”

Mesis-Bruno also believes the sooner women are exposed to career possibilities in construction, the better. “Looking back, I wish I would have become an engineer if I had known more about their role in construction,” she said.

Mesis-Bruno also is involved in Latin American Commercial Real Estate Association (LACREA), Tuesday’s Children, an organization benefiting those affected by terrorism and traumatic loss; Caring to Remember, for the support of Alzheimer’s; and Maestro Cares, which supports orphans in Latin America.

“By helping other women discover and remain in the construction industry,” she said, I hope to give back to the industry that has given so much to me.”