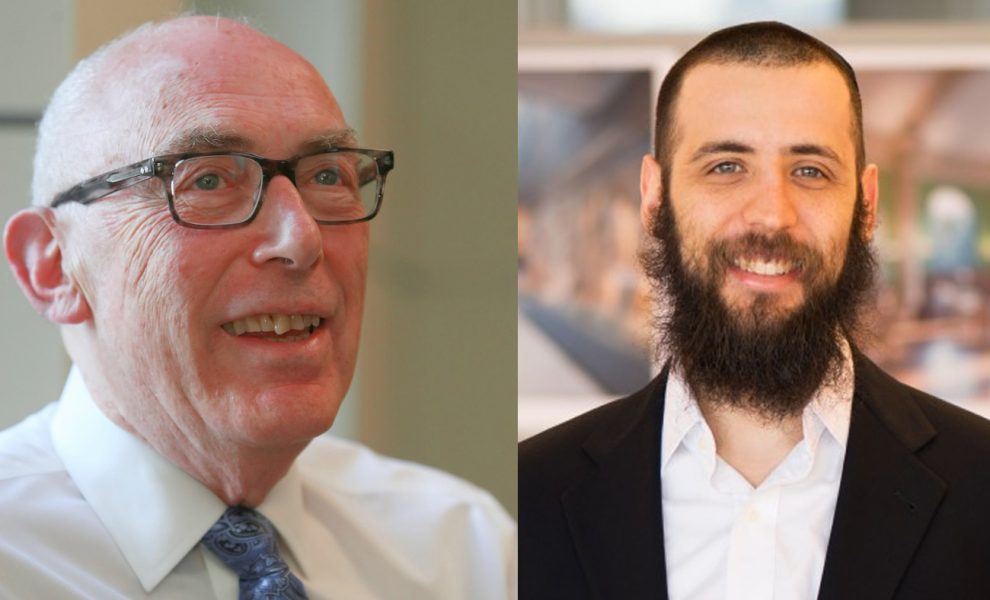 In that time, the firm has gone on to successfully design approximately 12,000 units of affordable and market-rate housing in the New York City area.

“Today’s market presents unusual architectural challenges,” notes Eli Meltzer.  “Because the market has boomed in the boroughs, construction costs and prices for land have skyrocketed, so it’s difficult to assemble a large plot, or, frankly, any property, large or small.  But resolving properties with difficult (and, at times) seemingly impossible problems has always been a keystone of our work.

“One of the most difficult was designing a 350-unit affordable building where half of the site had a 40’ high rock outcropping for Phipps Houses in the Bronx.  An amazing challenge – but we were able to do it.”

Indeed, Meltzer/Mandl has designed many buildings on sites that were never developed before because of the difficulty of the topography.

“And now,” adds Eli Meltzer, “my father and I will continue, and build on, what has always been Meltzer/Mandl’s specialty — multi-family housing, both market-rate and affordable.”

“When David Mandl died at the young age of 52, my personal and professional life was going to change in ways that I could never have imagined,” comments Eli’s father, Marvin.  “David and I built a very successful architectural practice and designed many wonderful buildings that put us in the forefront of multi-family housing in New York.  When he died, I had no idea what was going to happen to the legacy of the firm.

“But now, the moment has arrived for Eli to step up and continue that legacy.  With him aboard, our firm is in excellent hands.  Eli is smart, talented, business savvy and, most importantly, an honest, ethical human being.”

Meltzer/Mandl has recently completed the 115-unit Aurum at 2225 Seventh Ave. in Harlem, the 50-unit 27 Albany Ave. in Brooklyn, and the 140-unit 655 Morris Ave. in the Bronx. The firm has also designed a 75,000-square-foot mixed use building in Hollis, Queens as the design consultant for the architect of record.

Most recently, Meltzer/Mandl was selected for an RFQ to work with the New York City Department of Housing Preservation and Development (HPD) on a pilot program to modify the building code, to legalize existing basement and cellar apartments in an effort to provide more affordable units for New York City.

Eli Meltzer comes to Meltzer/Mandl after successful positions at Kohn Pedersen Fox, where he worked on the massive Hudson Yards mega-development, and at Kliment Halsband Architects, where he worked with Mt. Sinai Hospital in developing innovative prototypes for clinical and exam space in the Department of Surgery, and served as lead designer and project manager for several privately-funded, and state-bonded K-12 facilities in New York and its suburbs.