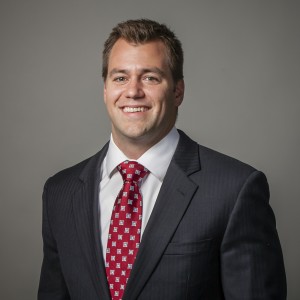 The Kaufman Organization (Kaufman) announced that Michael Kazmierski has been appointed President of Kaufman Investments. Commercial Observer’s Rising Star of 2018 and dubbed the “investment prodigy” by Real Estate Weekly, Mr. Kazmierski, who was previously Principal and Director of Acquisitions, will now lead all real estate investment strategies and activities for one of New York City’s oldest and largest commercial landlords at 35 years of age.

“Mr. Kazmierski has helped advance the Kaufman legacy by implementing a strategic vision based on a strong understanding of the intricacies of the New York City commercial landscape coupled with deep resources across the capital markets,” said Steven Kaufman, President of The Kaufman Organization. “He has consistently proven himself to be a passionate, tenacious and results-driven professional.”

A talented commercial real estate and finance professional, Mr. Kazmierski was the youngest employee in Kaufman’s 108-year history to be elevated to the position of Principal and Director of Acquisitions in 2016 and now the youngest be elevated to President of Kaufman Investments. Throughout his tenure at Kaufman, Mr. Kazmierski has played a role in approximately $1.5 billion in acquisitions, dispositions and financings of New York City office transactions. Some notable transactions include:

Prior to joining the Kaufman Organization, Mr. Kazmierski held finance and investment positions at HFF and Mesirow Financial Consulting.

“I look forward to continuing the growth of our strategic investments and providing strong returns for the Kaufman Organization and our institutional partners,” said Michael Kazmierski. “It has been a pleasure to work with such a strong team and premier operator in New York City.”

Originally from the Detroit, Michigan area, Mr. Kazmierski holds an M.S. in Real Estate Development from the Massachusetts Institute of Technology. He is active in the real estate community through regular participation in AmTrust’s Young Leaders in Commercial Real Estate Summit as well as appearing on various other industry panels. He is a decorated Eagle Scout and former college hockey player who enjoys staying active in the Chelsea Piers Hockey League.