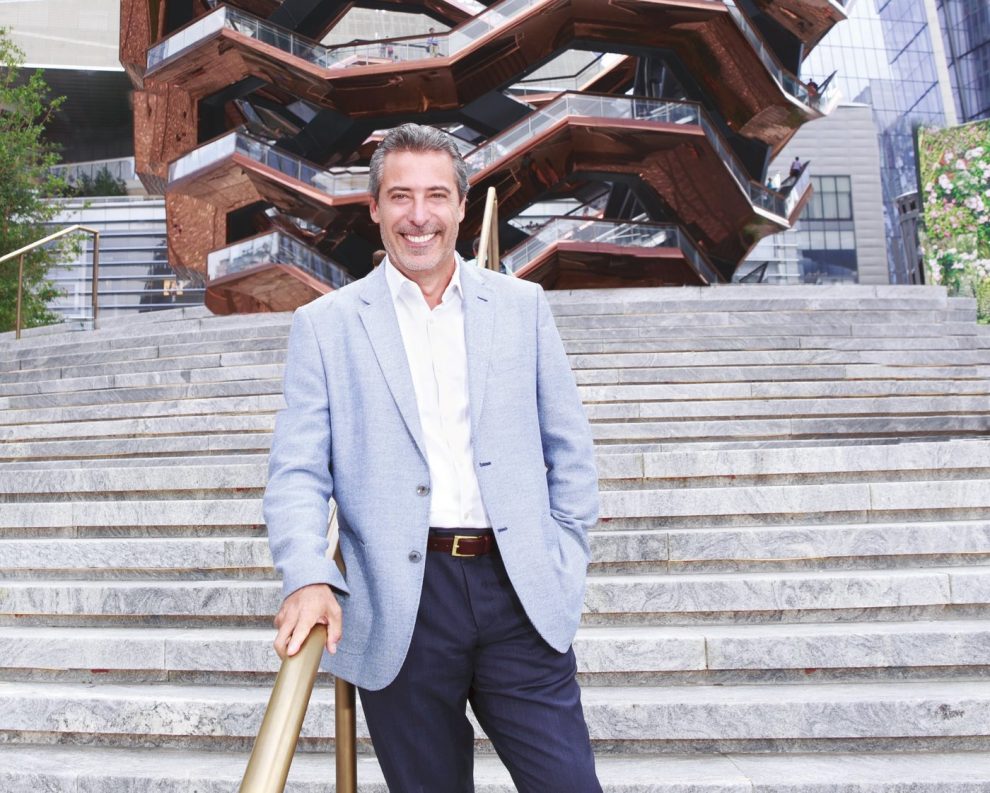 At many law firms, there’s a division between the rainmakers who bring in new clients and the attorneys who do the work. As an independent attorney focusing largely on residential real estate, however, Daniel Roshco must be both.

And that’s exactly how he likes it.

“One of the biggest complaints I hear about from both brokers and clients alike is that there are several real estate law firms where the principals focus solely on entertaining and do little to none any of the work themselves,” he said. “One of the chief complaints that I hear is that phone calls and emails go unreturned, or the client is dealing with junior-level attorneys and sometimes paralegals who are inexperienced. When you hire my firm, barring something unforeseen, for all of the material aspects of the process, including attending the closing, I will be handling it.”

At the beginning of his career, while working with a small firm, Danny found that he was making more money from the business that he cultivated than he did as a salaried attorney. It was a natural progression, therefore, that he founded his own firm in 1996.

“I am a self-motivated person; I love the flexibility of owning my own business. I have always been entrepreneurial and capable of doing the work while bringing in new business,” he said, recalling his days as a teenager selling flowers along the Long Island Expressway and carpet to incoming freshman at the University of Michigan. “It always made sense for me to be on my own.”

Roshco has been building his clientele, representing buyers, sellers, and lenders as well as undertaking some real estate development project. Over 80% of his business is through referrals. His congenial business-oriented approach has earned him a reputation as someone who gets the deals closed.

“I have known Daniel for many years, and have referred well over 100 clients to him,” said Danny Davis, a top agent at Corcoran Group. “I find him to be an efficient, thorough and intelligent attorney that keeps buyers/sellers and brokers informed during the process. If any snags occur during the course of a deal, be certain that Daniel will contact you immediately, get the issues resolved and get the transaction closed.”

Many people believe that representing buyers, sellers and lenders in the residential real estate sector is not complicated. This is not true. According to Roshco, everyone single transaction has its own unique set of issues and problems.

“I am the most valuable when the transaction starts to turn sideways. I have been doing this for a long time,” Roshco said. “My strength is solving the problems and making sure that the transaction gets closed, while making sure that my clients’ interests are protected.” My approach and process has yielded success for the buyers, sellers, lenders and real estate brokers as well.

The interesting thing, Roshco continued, is that it’s hard to predict what will prove to be difficult about a deal. He noted that the multimillion-dollar deals often require much less handholding than nervous first-time homebuyers. “I enjoy working with both.”

Not long ago, more often than not the sellers had more leverage — bidding wars were common, new developments literally raised prices overnight, and buyers of existing properties would agree to most sellers’ demands.

“When it’s a buyer’s market, it’s a bit more challenging. There seem to be more contractual issues being negotiated prior to getting deals to contract than there were when the market was skyrocketing, and the Buyer’s had little leverage,” Roshco observed. “I think one of my advantages is that I have a good rapport with the attorney on the other side of the transaction and tend to think like a businessman. This allows me to get the issues resolved and get to the closing table. That is just how my mind has always worked. At the end of the day, both sides want to close or they would not have entered into a contract in the first place, so it is my job to try and make sure that happen. It’s about getting the contract signed and transactions closed, while always making sure to protect your client: “It’s not about trying to let everyone know that you are the smartest guy in the room.”

“There are two major reasons why Daniel is my first go-to,” said Robert Dankner, president of Prime Manhattan Residential. “One, he understands business and is very pro-transaction, and he understands how to think through a problem. And second, he is as fast and user-friendly as I’ve ever seen in an attorney, even in the face of extraordinary problems. He makes my difficult life easier.”

“I have known Daniel for over a decade and over the years, I have referred countless clients to him. He is responsive, smart, and goes above and beyond to represent our clients’ best interests,” said Steven Gold, a “Million Dollar Listing” broker at Corcoran. “And for the times when deals get complicated, he has proven to have the tenacity and experience to successfully navigate the issues swiftly to ultimately get everyone to the closing table.”

Roshco is accredited to teach brokers for continuing education across New York State, and does so around the city. He has created a customized series of training sessions that he presents on site at all of the major brokerage houses. “When a buyer, seller or borrower selects an attorney, it is of the utmost importance to select someone that specializes in residential real estate transactions in New York City.

“In New York, the process of transacting real estate is different than anywhere else in the country” he said. “Often, people will want to use a friend or relative. I think that is a mistake, and I counsel heavily against that. There’s an art to this; there are many things that can go wrong if you don’t know what pitfalls to look out for. One word can make a huge difference and have tremendous financial implications.”

In addition to continuing to handle thousands of closings, Roshco has also extended his expertise to real estate development. In the past several years he has been buying, renovating and selling several multifamily residences throughout the city. This has an added benefit of allowing him to understand the transactions from another angle.

Roshco is actively looking to expand his firm, even in this challenging market. “People will always buy and sell real estate in New York,” he said. “The number of transactions may go up or down, but this is New York. People will always want to live here.”

The Daten Group to Build Mixed-Use in Clinton Hill, Brooklyn