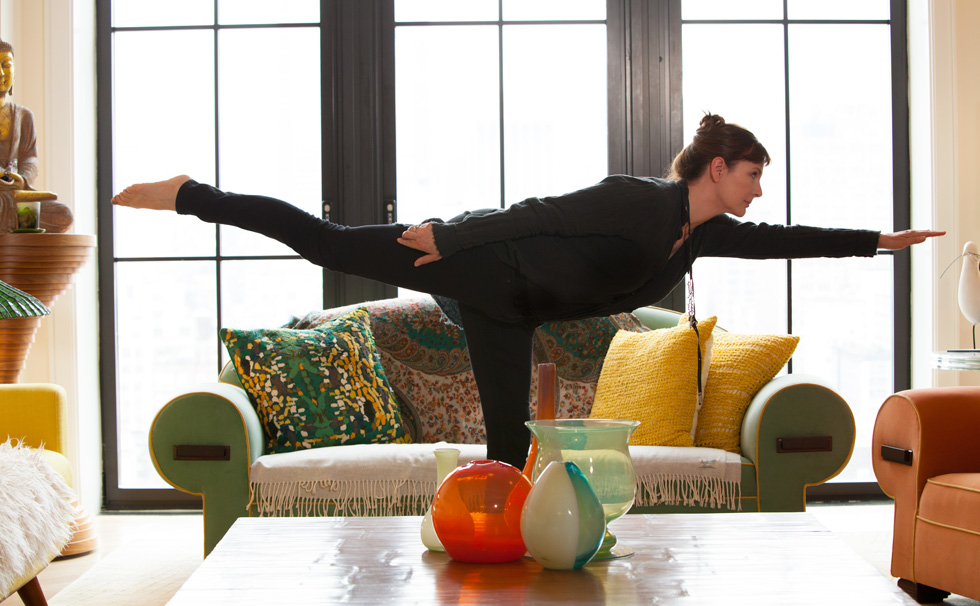 Behind Vickey’s quiet, charismatic charm is a smart and very successful broker. When Vickey talks, the real estate world listens.

At first glance, it might seem that careers in medical practice consulting and selling high-end residential real estate would have little in common. But think again, notes Vickey Barron, associate broker at The Corcoran Group.

All these practices require strong people skills, infinite patience, and the ability to read people. Vickey would know because it’s her unusual career path, one that has taken her from marketing medical practices in California, Guam, and Saipan, to doctors, to a current listing helping cosmetics legend Laura Mercier sell her home. Laura is also trusting in Vickey to help her find her next home, saying, “I have faith in Vickey, as she truly understand my needs and what I am looking for.”

A native of Southern California, her first career was in sales in the health care industry, with her own business negotiating contracts to persuade doctors to move to the U.S. Pacific Islands sight unseen. She became a storyteller, which served her well when she relocated across the country.

“I moved to New York from Los Angeles in 1999, and did not know one soul or have one relative in New York,” she recalled.

She picked up the phone and called Douglas Elliman, which was promptly unimpressed with her medical background. She was told they did not have a desk available, and to “call back in a one year,” she said. Vickey rarely accepts no for an answer, and successfully managed to get in front of management within a day. Her ability to ask questions won her a desk, and she immediately started with Elliman.

“My first listing was from a person I met at a fundraiser. She was so happy with how I transformed her apartment and sold it in one week that she wrote a story for a magazine and I began getting referrals,” Vickey said. “Ninety-four percent of my business is referrals. For me it is simple: Take care of people, and they’ll take care of you.”

As word of mouth spread, she completed 20 transactions in nine months, all through referrals, and was Douglas Elliman’s Rookie of the Year. To this day, she is grateful for that opportunity and the chance they took on her.

She began growing her practice right away, bringing in associate Jennifer Lafferty after just six months on the job. Jennifer is still with her today, joined by six more team members including Vickey’s two daughters, who have become key to her business success. While each member has a specialty, all share Vickey’s commitment to serving the client, whether they’re the buyers or the sellers.
“My team members are not your typical sales agents. I don’t give them quotas. I’ve told them, ‘I don’t want you selling, I want you taking care of people,’” she said. “I go above and beyond. I help people pick out paint colors, reposition furniture or advise on gut renovations. I provide a service that’s time-consuming and because of that I have a team that is committed to the same philosophy. I could not do it without them.”

The group also is known for its ability to know what the client needs, and to conduct the transactions in a serene manner, a key trait in dealing with busy and high-profile clients.

As her business grew, it began to evolve beyond reselling homes. After a tour of Walker Tower (a luxury condo conversion) with Michael Stern of JDS Development, he and his partners suggested that Vickey consider working on the development side.

“While I was told I’d be perfect in new development, I simply wasn’t interested,” she said. “Many new buildings bored me until I walked the shell of Walker Tower, that is.”

The Art Deco building features extremely thick walls, exceptionally large rooms and some of the best finishes that established a new benchmark for redevelopments.

“I knew it was going to be beautiful and that the developers were not going to make this an average building,” Vickey said. “I loved that tour. The next day I got a call from Michael, went on the interview, and the rest is history.”

She became the director of sales, and achieved then unheard-of prices for the building’s apartments, even breaking the record for the sale of the downtown penthouse at $50.9 million. Today Vickey lives in the building and handles most of the resales, where prices continue to turn heads. Her work there opened up a new line of business, and interest. She is passionate about Art Deco, and was recently elected to the Board of Directors of the Art Deco Society of New York.

“Today, a lot of developers call me as a consultant to help them price their units, give an opinion on the finishes,” she continued. “I like to get in early, work with the developers and help them on many facets of the project. With new development, it’s best if you have a knowledge of construction, an interest in architecture, and an eye for finishes. After all, this is why real estate in Manhattan is not all equal.”

Even selling and touring are different. “It’s almost like being in theater,” she said. “You have to give the presentation hundreds of times with the same enthusiasm and commitment. High energy is a requirement.”

Vickey also spent a brief period with boutique firm CORE. “At this point in my career, I am grateful to the many people who have helped and supported me along the way. The majority of my career has been at Elliman and I am fortunate to have worked as closely with Dottie Hermann and Howard Lorber as I did,” she added. “My time at CORE was a win/win. I have the utmost respect for developers in general. They take multitasking to a different level. Working with many of them, I marvel at their ability to keep so many balls in the air.”

Throughout her career, she has taught at and developed advanced education courses for REBNY, and recently was honored with its Eileen Spinola Award for her distinguished service and major contribution to the industry by donating her time, expertise, and knowledge of ethics. She is a founding member of the New York Residential Specialist (NYRS) Credentials Committee and sits on the board of several other committees, including REBNY’s Salespersons’ Council, Education Committee, and Ethics Committee.

Earlier this year she and her group moved to Corcoran, where she can continue to grow the resale part of her business, expand the focus on new development, teach at Corcoran’s new Agent Studio educational center, and collaborate under Pam Liebman’s leadership and Kelly Kennedy Mack in new development.

“I feel the platform is a good business move for me,” she said. “I will be working with Corcoran but when I need the support of Corcoran Sunshine they will be there. It’s perfect.”

And life and real estate are good – even when developers, buyers and sellers call at 7 a.m. or midnight.

“I do not feel as if I’m working,” Vickey said. “If I won the lottery tomorrow, I’d wake up and do the same thing as today.”