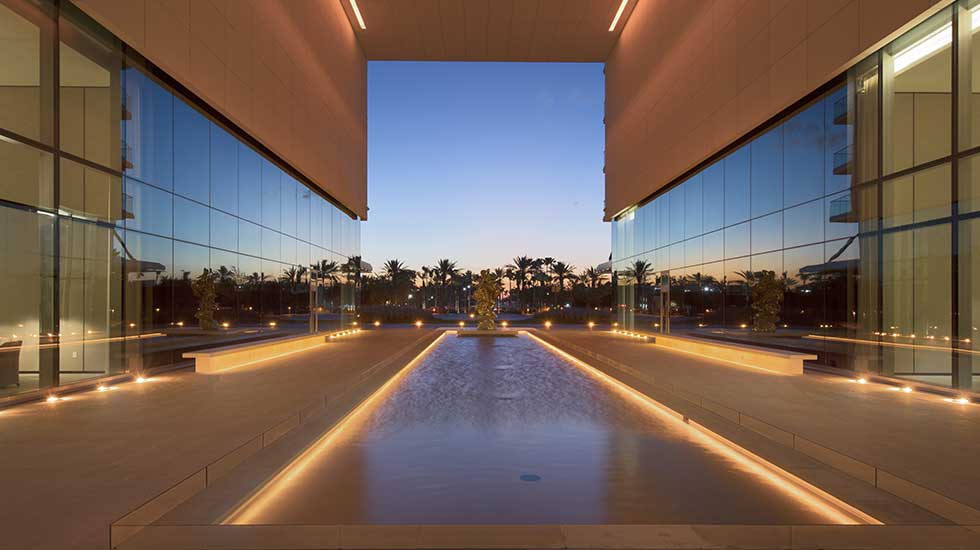 New York City is among the most well-established places in the world, with its melting pot of urbanites indulging in its glitzy entertainment scene and world-renowned food/art culture under a skyline of architectural structures of all shapes and sizes. NYC’s five borough—Manhattan, Brooklyn, Queens, the Bronx, and Staten Island—add to the city’s eclecticism in their own ways, fostering a “there’s something for everyone” mentality, while maintaining a sense of uniformity and instilling in its residents a sense of pride in calling themselves New Yorkers. While all of this remains true, more and more city-seekers are turning to different spots around the country to call home, one such spot being Miami, which reels in about 30 percent of the 900 people who move to Florida every day.

Miami is very distinct in and of itself: the iconic nightlife, landscape of palm trees and beaches, and slew of restaurants and museums make it a go-to travel destination. But many people aren’t just popping in for a quick vacation, they’re making Miami their home, giving NYC a run for its money as the top choice city to live in as it continues to mature in culture with vibrant art, food, and fashion scenes, a new crop of completed luxury residential developments, a freshly-launched transit system, and an economic impact as an international entrepreneurial hub.

The food scene, with some of the best Cuban food around, has developed into one of Miami’s signature elements, and with a recent influx of NYC restaurants, it will only continue to impress. Four restaurants with original home bases in New York—Employees Only, Upland, Lolo’s Surf Cantina, and Blue Ribbon Sushi—have recently found their way to Miami. What’s more, three pizzerias have also found new homes here. New Yorkers will insist that you can’t get a slice of pizza quite like we have in the big city, but with the addition of Roberta’s Pizza, Artichoke Pizza, and Paulie G’s Pizza to Miami’s food scene, that’s no longer the case. In the same vein, Miami’s art and fashion scene has taken a few pages out of NYC’s book, rivaling the northern metropolis’ myriad of museums and fashion events with the addition of multi-million-dollar art collections, its own CFDA approved fashion week, and newly opened museums like the Frost Museum and the Bass Museum.

The influx of people choosing the Miami lifestyle has given way to an exponential rise in luxury housing developments, many of which do their best to encapsulate the tropics of the city while working to foster this growing focus on art and culture—Oceana Bal Harbour is the perfect example of this. Situated in the Bal Harbour sector on Collins Avenue, Oceana Bal Harbour sits parallel to the marina, offering views of both the inner city and the ocean through its massive floor-to-ceiling windows. Ernesto Cohan, director of Sales at the new development—one equipped with enough luxe amenities to make never leaving home seem incredibly reasonable—promises a residency that feel like a stay at a five-star resort, without the short-lived, impersonal nature of a hotel. While the clay tennis courts, pools, spa, and private restaurant are all major, unbeatable draws, Oceana Bal Harbour’s most enticing feature, Cohan explains, is its art collection.

Art is integral to the atmosphere at Oceana Bal Harbour, transforming the development from your average luxury condominium into a true masterpiece. The fusion of architecture and international contemporary art turns the building into a space akin to a high-end museum where the artwork serves as a part of the residents’ daily lives. The lobby, designed by Pierro Lissoni, is home to 10 stunning pieces of modern art from around the world, and the property is decorated by one-of-a-kind sculptures designed by iconic artist Jeff Koons. Koons’ two pieces “Seated Ballernia” and “Pluto and Proserpina” are on view in the building’s 60-foot-tall outdoor breezeway, where their metallics glisten in the sun for all Oceana occupants to enjoy.

“Every resident is a part owner of the art,” Cohan says. The art collection is as much a reflection of the residents’ artistic taste as it is the building designers’. “When you walk into the building, you get the feeling from the lobby that you’re walking into a living room of a very well-heeled art collector. It’s very homey,” Cohan explains.

The resort-like lifestyle offered at Oceana Bal Harbour reflects the one wanted by a lot of people in Miami. While the city itself can be very fast-paced and lively like any urban space, the desire to return to a home that feels private and zen is crucial in maintaining balance.

“With all the noise and activity you have in Miami, when you get to Oceana Bal Harbour you feel a sense of quietness with the way certain things were designed,” says Cohan. “Residents know that they’re in close proximity to the activity and what’s going on in the city, and when they come home they have that feeling of relaxing in an extremely peaceful place.”

Oceana Bal Harbour is one of many luxury condominiums lining Miami’s skyline, but it reflects the heights designers are reaching for in establishing a certain caliber of living for the city’s residents—each new residential building contributes to the growth of Miami’s vibrancy.

Miami is the place to be right now, contributing in bounds to Florida’s all–time record of tourist visits in a year with 33.2 million people having visited over a 12 month period. And with attractive cultural and residential scenes evolving more each week, it’s safe to say it’s more than earned its title as “New York’s 6th Borough.”