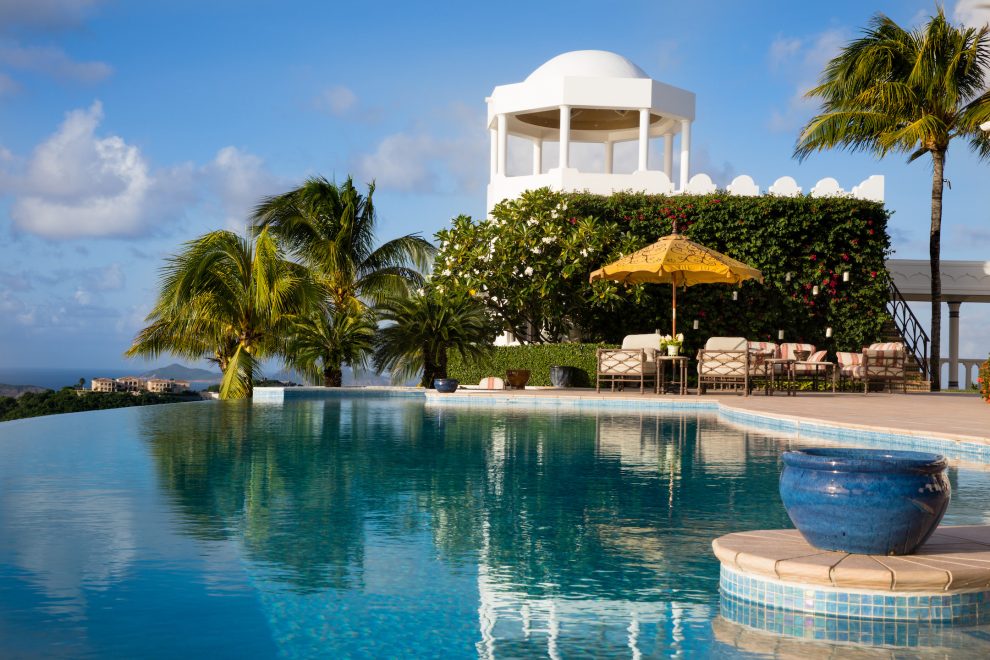 The privately-owned, celebrity-studded island in the St. Vincent and the Grenadines is more accessible than you might think

“I tried to build something you don’t have at home,” Tatiana Copeland said to me as we sat down for dinner at Toucan Hill, her Scheherazade-like estate that sits on top of the highest point on the island of Mustique.

I arrived by seaplane earlier that morning to take a peek into the somewhat glamorous lifestyle of the island that was made famous by Princess Margaret — Queen Elizabeth’s late younger sister — in the 1970s. The turquoise-fringed waters of Mustique are now home to some 120 villas after the owner, the late Scottish brewing heir Colin Tennant (known now as Lord Glenconner), founded The Mustique Company.

It wouldn’t be far-fetched to brush shoulders with celebrities at dinners about town, relax in completely secluded beaches like Macaroni Beach or Pasture Bay and end the night with a nightcap at The Cotton House — a 16-room colonial-style hotel filled with polished rattan furniture, woven basket lanterns, hand-sewn details like a carved frieze above the bar, and meandering porches that invite exploration. The house also functions as the social nerve center of the island.

Copeland and her husband, an entrepreneurial couple who currently reside in Delaware, fell in love with Mustique because of its pristine beauty and the elegant, laid-back atmosphere of the place. After having rented every villa on the island for several years, the couple decided to build a palace of their own in the 1990s.

Today, Toucan Hill is easily one of the most glamorous stays in the world, with an infinity pool that gives you clear views of the Grenadine island of Bequia, seven beautifully appointed suites, a grass lawn that Copeland fondly calls a “magic carpet,” and the best eagle’s eye view of the island.

All of Mustique’s beaches — even those in front of a celebrity’s house — are accessible to residents. While the island has long had the aura of being exclusive, there really is a tremendous sense of inclusivity: on Tuesday nights, the entire island — around 1,000 people — are invited to a free cocktail party at the Cotton House from 7-8:30 p.m.

“The weekly party gives people an excuse to dress up in diamonds,” joked Roger Pritchard, managing director of the Mustique Company, the company that owns the Cotton House and puts together these convivial parties.

“I heard about Mustique in the good old days when Princess Margaret came down here often,” shared Copeland, whose Russian heritage makes her the grand-niece of the late great composer Sergei Rachmaninov.

“I remember what a hot item she was; she had arrived with her lover,” she continued. “Everyone started at the Cotton House.”

Toucan Hill is palatial, with elegant arches everywhere, furniture and marble imported from the likes of Brazil and Morocco. There is a general sense of insouciance.

At the entrance is a shapely Thai drum table purchased at an auction. Decorative Moroccan lamps hang and lend soft color to the air, purchased from a Syrian restaurant in Philadelphia that was going out of business.

Paintings with toucans are in nearly each of the seven rooms. A screen (now wall art) with bird motifs greets visitors in the living room. The master suite which is rarely rented out, except to dignitaries, has a headboard made of silver inlays. The Sultan suite boasts laser-cut stars and Moroccan mirrors. The Scheherazade suite has gold from Jerusalem and onyx from Mexico. One bathroom boasts a rare blue-streaked Azul Macaubas quartzite from in Brazil.

Toucan Hill’s rates start at $23,000 per week and go up to $37,000 per week during peak season, with special days like New Year’s meriting a higher price tag. Many other villas that can be booked with the Mustique, some for $100,000 per week. Most come with a private chef.

Homeowners here do know each other, but not everyone comes here at the same time. The island is owned by the shareholders.

“You need to own at least one share to purchase a house on the island,” Copeland explained. It’s rare, though, when a property does come up for sale.

The island also has an eco-mindset. Twenty percent of the properties are powered by solar, and there are coral growing initiatives in the water. The place is both ahead of its time yet an elegant reminder of days gone by.

There’s a beautiful simplicity to the place that doesn’t have too much on it except for its natural beauty and one vegetable and fruit stall called “Stanley’s” managed by a charming man who goes by the same name.

“I don’t know of any other island like it,” Copeland said with a smile.