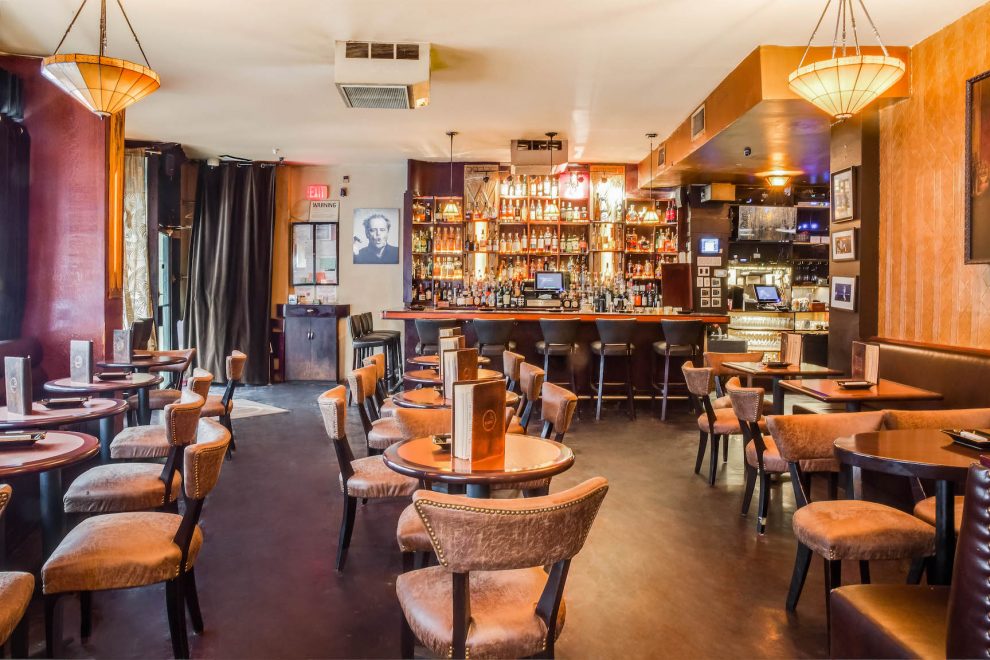 “I try not to smoke the same cigar in one week,” Michael Dounoulis said with a Matador pursed between his lips.
“I try to keep it fresh.”

Though the words “cigars” and “fresh” don’t typically seem like they would pair well together, in this case, they do. In fact, everything about Soho Cigar Bar — where Dounoulis is the general manager, not to mention New York City’s first and only certified cigar tobacconist sommelier — is a bit of an oxymoron.

That’s what Soho Cigar Bar is all about: ambiance without attitude. It’s refined, but not pretentious. It’s luxurious, but accessible. It’s one of New York’s oldest cigar bars and lounges, but non-smokers are just as comfortable (and welcome!) as the connoisseurs.

“You can have a cool, decorated place without turning your nose up and judging people, that’s all nonsense,” Dounoulis said, waving his cigar. “I don’t want this lifestyle to be intimidating; I want everyone to come through, enjoy and try something different.”

And different it is. The Art Deco-inspired interior, complete with copper-plated menus and plush leather furnishings, is reminiscent of a 1920s speakeasy; sans the stale and smoky clouds, thanks to a six-figure state-of-the-art ventilation system.

“We have five air purifiers that feed into the heat and air conditioning system, so the system is pumping fresh air in from outside,” Dounoulis said. “We want it to smell like cigars in here, but we don’t want it to be so overwhelming that you can’t breathe or enjoy yourself.”

Furthering its approachable atmosphere, the menu is broken down into simple categories such as full, sweet, spicy and light, as well as pairing suggestions for both beginners and seasoned smokers.

“When people come in here, we like to make sure they’re comfortable,” Dounoulis continued. “We have the menu set up so if I’m not here to guide you through the process, or you’re not in the mood to be chatted up, it just simplifies life.”

The best-seller in the light category? The Gentlemen: Alec Bradley’s Connecticut cigar matched with a Woodford Rye old fashioned. For a heavier hitter, the Gravel — a My Father the Judge cigar with Lagavulin 16-year-old scotch — is a fan favorite.

“At the end of the day, I love cigars as a pure art form, and it’s one of the most beautiful things I’ve ever seen,” Dounoulis said. “But it’s still meant to be enjoyed, and that is the No. 1 rule with cigars: Enjoy.”