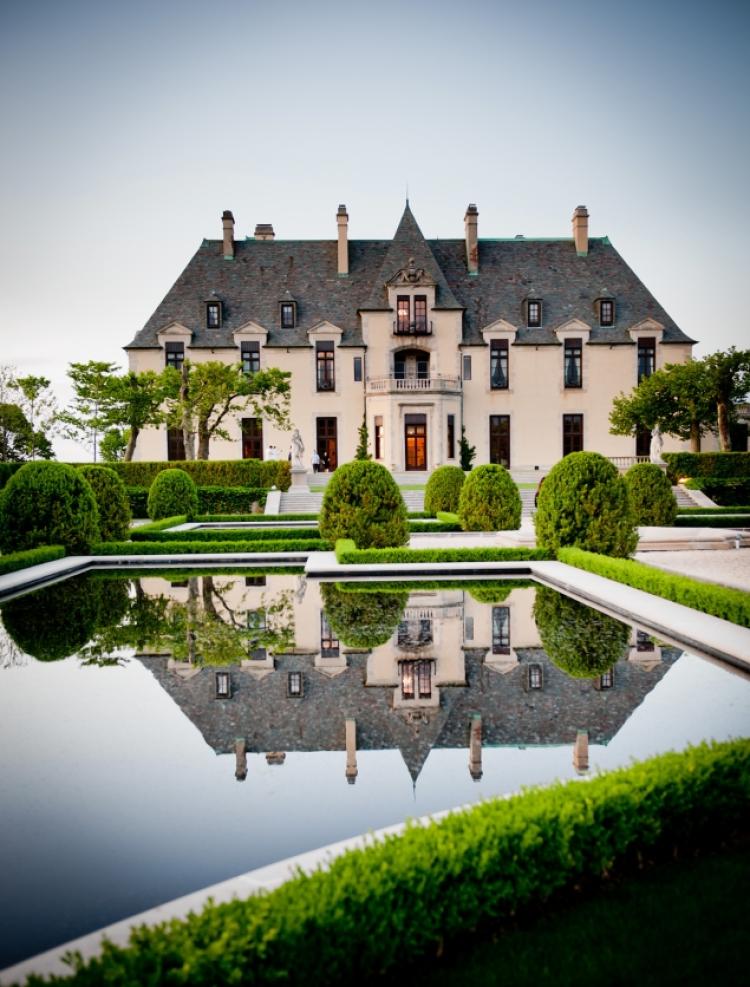 With the Belmont Stakes around the corner, all eyes are on Long Island at the races. But there’s much more to do here than place some bets

In 2018, Justify made history to a sold-out audience at Belmont Park, becoming the lucky thirteenth American Triple Crown winner. While the races are like the Oscars in this part of the world, there is so much else to take in on Long Island.

Apart from the Hamptons, which is where a lot of the well-heeled escapees from New York City go to especially on the weekends, Long Island is home to 120 miles of coastline-defining beaches that have flavors of both the utopian “This Side of Paradise” and the gilded “The Great Gatsby” by F. Scott Fitzgerald.

Just a leisurely drive to this part of New York would put you in the thick of some world-class vineyards and historic lighthouses, a far cry from the towering skyscrapers and the drone of the subways. Dubbed as “New York City’s Beachfront Backyard,” the area spans Elmont (where Belmont Park is located) to the cities of Huntington, Long Island, Riverhead, Holbrook, Shirley and the Hampton Bays far East.

While there is nothing like the thrill of experiencing Belmont Park especially during race day, feeling the adrenaline rush of the jockeys and the quiet stubbornness of the thoroughbreds while brushing shoulders with hat-topped guests, there are some often-overlooked gems in this area.

Here are some suggestions for a weekend getaway:

START at Oheka Castle: This stunning chateau currently repurchased by developer Gary Melius has a long history that sounds much like a French novel.

The 23-acre, 32-room chateau dazzles with its manicured gardens and impressive façade. The land was originally purchased by financier Otto Hermann Kahn, who built Oheka on the highest point on Long Island in Cold Spring Harbor.

“Like other men of prominence, he built other mansions on Long Island,” said Nancy Melius (the daughter of current owner) in a telephone interview. Kahn designed Oheka as a country estate for his family, and you can get a sense of this by looking at the way the cozy rooms are designed. He was a huge patron of the arts and sincerely believed artists needed to be supported, and filled the castle with music, tapestries, upholstery and grand furniture (a lot of the furniture has been modernized today). Kahn was once the President of New York City’s Metropolitan Opera House.

Oheka Castle was officially completed in 1919 and designed by Delano & Aldrige, with the formal gardens designed by the Olmsted Brothers (the sons of famed landscape architect Frederick Law Olmsted). Some of the gardens on the property was done by Beatrix Farrand, the only female member of the American Society of Landscape Architects.

The property boasts a huge ballroom, and its library has a mix of reproductions and antiques done in a period style. “It’s just historic, lived-in and fun,” says Melius of the castle, who also notes that guests often love the “Chaplin Room,” a space decorated with posters of Charlie Chaplin.

While the castle has rooms that go for a surprisingly affordable $395 per night, the current property took around $40 million to restore to its original grandeur of the 1920s. Melius purchased Oheka in 1984, after it had lived several lives as a retirement home for New York City sanitation workers, a school for the merchant marines and a military academy.

“The place was vacant for ten years and it was almost in complete disrepair,” adds Nancy Melius, whose family started the mansion tours to educated guests and docents about this beautiful part of the world.

“Many locals feel as though they’re in Europe when they come here.”

WANDER THROUGH the Avalon Park and Preserve: This privately-owned nature preserve in Stony Brook is a recreation of the natural environment that greeted indigenous people who first settled in the area. It is a bucolic, woodsy part of Long Island with preserved mills, waterfalls, public sculptures and areas for quiet meditation.

On a spring day, you can encounter many meadows filled with wildflowers. There is also a Skylab program that encourages guests to get a better knowledge of the stars, and participants meet at the Avalon Barn. 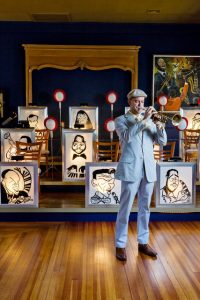 TAKE in a CONCERT at THE JAZZ LOFT: A world-class musical stage in Stonybrook, and one that merits repeated visits is Thomas Manuel’s “The Jazz Loft,”situated in a former firehouse and which had very serendipitous beginnings.

The Long Island native trumpet player, who received a musical education at Stony Brook University, had a history of bringing musicians together and received an opportunity to formally open a jazz club of sorts after he was offered a chance to lease the building for $1 each year from Gloria Rocchio, the President of the Ward Melville Heritage Organization.

The building was originally the first Stony Brook Fire House that was completed in 1909, and it had many other lives (including that of a Garden Club) before becoming a performing venue for jazz musicians in 2016.

“Before the Jazz Loft took occupancy, the building was vacant for roughly a decade,” says Manuel.

Today, the Loft is the place to go for performances in Stony Brook and has pretty much has set the tone and raised the bar for jazz on Long Island. The calendar boasts over 150 performances each year presenting a variety of musicians from all over the globe.

It is a beautifully designed space with bandstands done by the legendary Al Hirschfeld studio, whose tongue-in-cheek black and white portraits of celebrities and Broadway stars were legendary.

The two-story building has the coziness of a home and the sexy aura of a jazz club. The first floor is filled with musical odds and ends from pianos to chandeliers that Tom has personally collected over the years and in this sense, the place also serves as a museum. 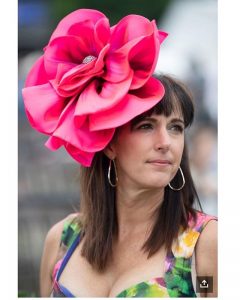 WEAR a custom hat by CHRISTINE MOORE: Celebrity hat maker, Christine A. Mooreis the official milliner of the Breeder’s Cup and has a shop at the Garden City Hotel on Long Island, which is where a lot of the jockeys at Belmont stay.

Moore explains that she started in the theatre as a costume designer. Her first foray into fashion started in 1994 when she started her own fashion company; she designed a collection and took them to stores in Philadelphia and New York.  One of the first stores to buy my hats was Henri Bendel here in New York (the store has sadly closed recently, she remarks).

While many celebrities don her hats, especially to the Belmont races, each one is truly a work of art.

Various straws come from Ecuador and the Philippines where they are woven.  “All the silk and trims are sourced right here in New York City in the accessories district,” she says.  Some silk fabrics are so expensive that they retail for $20 – $30 a yard. “My staff and I shop theses stores on 38th and 39th street on a daily basis,” she adds.

The time it takes to finish each hat varies due to the complexity: some take 30 minutes, and some can take four hours. “When you factor in that we hand-dye much of the straw and some petal trims we do are 40 or more pieces of silk that are patterned and hand-cut and then hand-painted and sewn together the time adds up quickly!”

Moore has designed many hats for magazines and fans attending the Kentucky Derby, Preakness, Belmont, Ascot, the Breeders’ cup, Hat luncheons and Garden parties and many others.  A few notable clients have been Mary J Blige, Katy Perry, Jewel and Jennifer Lopez.

The view a list of where you can purchase Moore’s hats, visit this site.