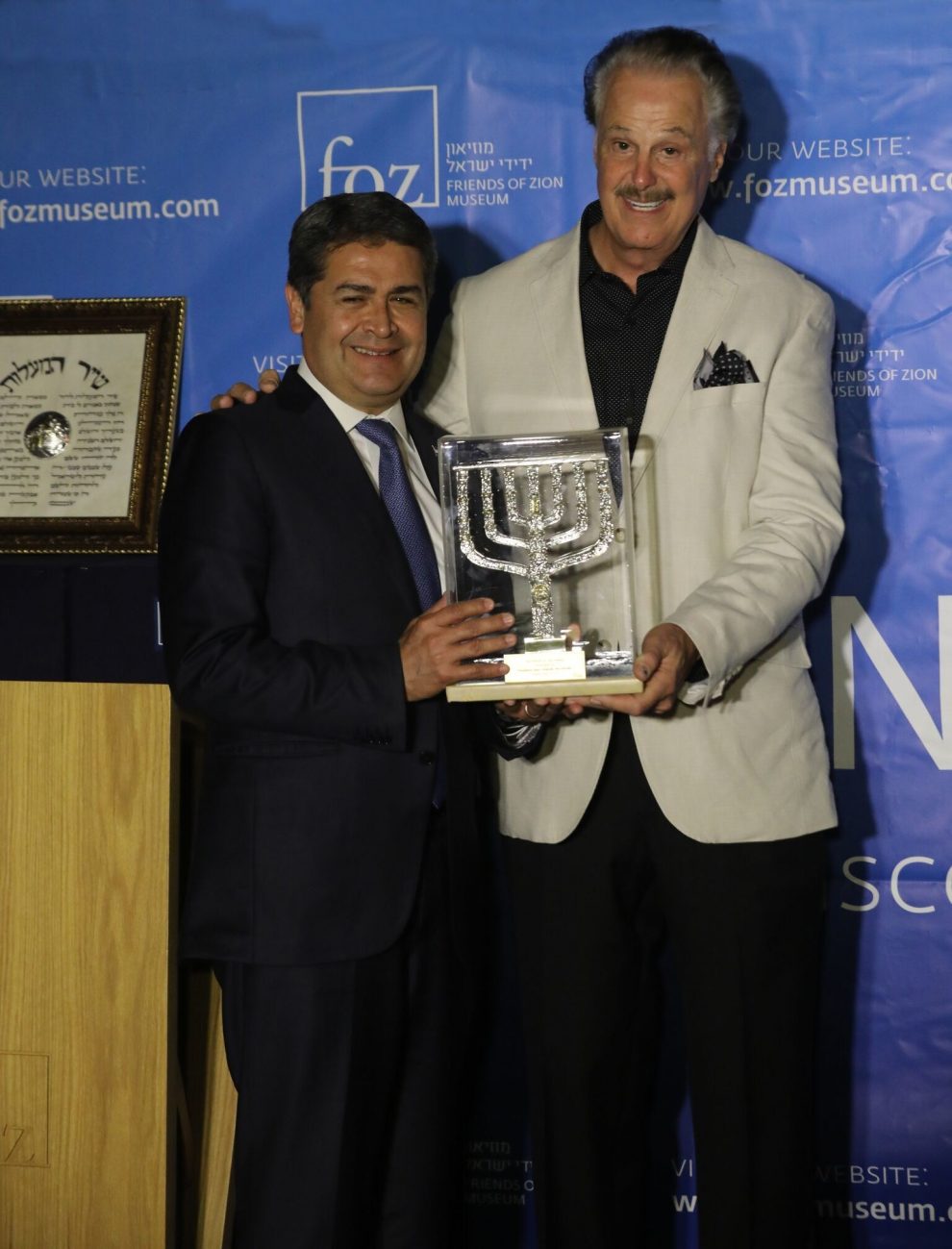 Following the opening of the new Honduran “diplomatic office” in Jerusalem, the Friends of Zion Museum bestowed the ‘Friends of Zion Award’ unto President Juan Orlando Hernández of Honduras for recognizing Jerusalem as Israel’s capital and his steadfast support for the State of Israel and the Jewish people.

The “Friends of Zion Award” is the FOZ museum’s highest honor and is presented to world leaders who have gone “above and beyond” for the Jewish state, according to a company press release. The award ceremony was held at the Friends of Zion Museum, with the Presidential Delegation of Honduras, including the First Lady, Minister of Foreign Affairs Lisandro Rosales, who was also awarded during the ceremony with the “Friends of Zion Psalms 122 Tribute,” Honduran Ambassador to Israel Mario Castillo and many others.

“When people have the moral courage to stand up and do the right thing, they need to be rewarded,” said Dr. Mike Evans, founder and international chairman of the Friends of the Zion Heritage Center.

After the special award ceremony honoring Honduras’ support for the State of Israel, President Juan Orlando Hernández thanked the Friends of Zion Museum for all their great work strengthening Israel’s relations around the world.

“We admire the people of Israel,” he said. “It has been a blessing for us even before we made this decision, in our hearts and in our minds.”

FOZ and its partners recently surpassed 64 million members, making it one of the largest pro-Israel sites in the world. In November, the Friends of Zion Museum will be opening an Educational Center as part of its initiative to fight antisemitism and racially-based violence as well as educate future Israel advocates and connect the State of Israel to the world.