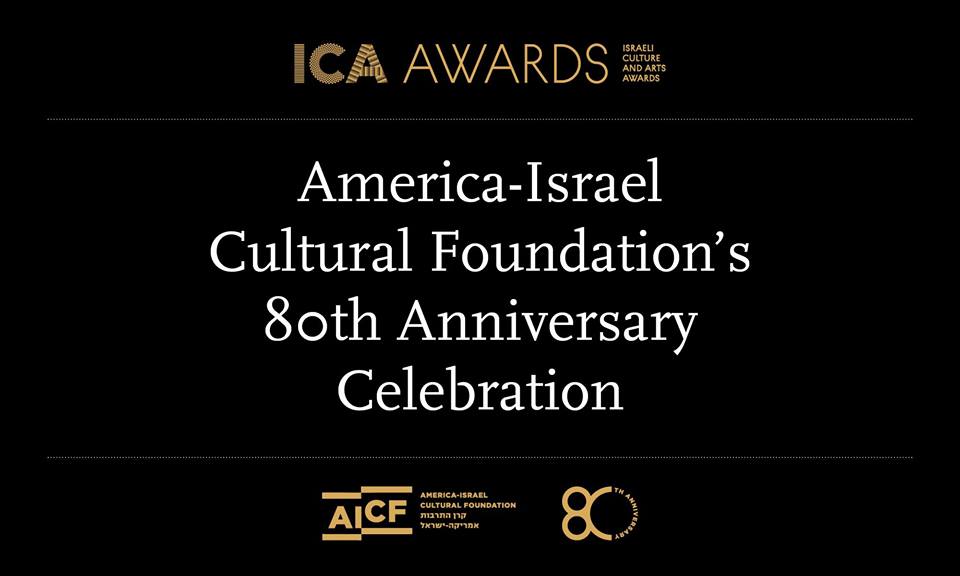 The ICA Award winners were selected out of nearly 20 finalists by an esteemed panel of judges including artists, actors and musicians: David Broza, Judy Collins, Corinna da Fonseca-Wollheim, Mindy Lang, Liev Schreiber and Edna Landau, as well as a public vote of over 4,000 people worldwide.

“This remarkable list of accomplished talent has not only made an impact on the arts, but on the entire state of Israeland global cultural landscape,” said Josh Tanenbaum, President, Board of Directors, AICF. “We are proud to honor them with the first-ever ICA Awards and continue our mission of supporting Israeli arts for another 80 years and beyond.”

For 80 years, AICF has identified, catalyzed, and developed the top emerging Israeli artistic talent. Since its founding in 1939, AICF has impacted 18,000 artists and dispersed over $160 million to benefit Israeli culture. AICF has supported Israeli arts and culture around Israel’s periphery, mainland and around the world, and in the process has created ambassadors for Israel and put the country on the global stage. The ICA Awards were inaugurated in celebration of the 80th anniversary of the America-Israel Cultural Foundation and to recognize Israel’s greatest artistic contributors.

For more information about the ICA Awards and to purchase tickets, please visit: aicf.org/event/anniversary-celebration/.