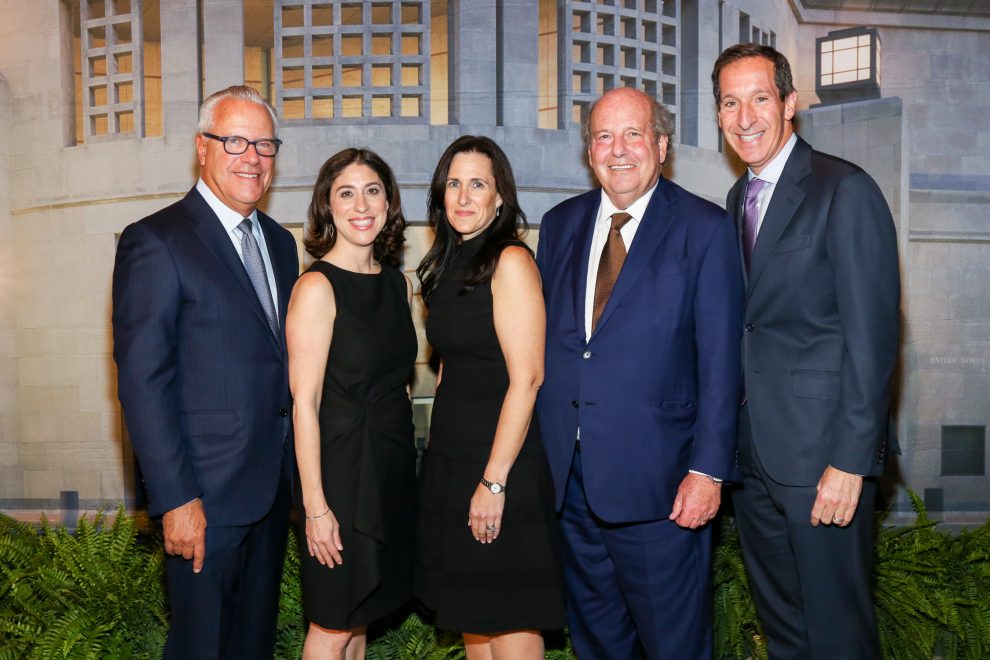 The United States Holocaust Memorial Museum held its annual “What You Do Matters” New York Tribute Dinner at Cipriani in New York City raising over $3.2 million in support of the Museum’s critical role as a living memorial to the Holocaust.

Sara J. Bloomfield, the Museum’s director delivered keynote remarks at the Tribute Dinner and thanked the Museum’s guests for their support: “Thank you for helping us unlock these powerful lessons of Holocaust history for people everywhere so that a new world might learn timely lessons from a past world. So that wishful thinking might be constantly confronted with determined resistance. So that today’s bystander might not become tomorrow’s victim. So that instead of ‘And then they came for me,’ we might shout, ‘Together we confronted them.’”

During Jacob’s award acceptance speech, he underscored his unwavering support of the Museum: “When I think about securing the future, the future we all want for our children and grandchildren, I think about a world free of hate, bigotry and discrimination. Unfortunately, we are seeing a rise in hatred and antisemitism around the world, including this country. That makes the Museum’s mission of teaching the lessons of our past history even more of a priority than ever before.”

New York Tribute Dinner Chair Howard Unger presented the National Leadership Award to Stacey Saiontz, granddaughter of Holocaust survivor Jack Feldman, who was recently featured in the HBO documentary “The Number on Great Grandpa’s Arm” with Stacey’s sons, Elliott and Jared. Saiontz is also a founding member of the Museum’s New York Next Generation Board.

Upon accepting the National Leadership Award, Stacey Saiontz remarked: “My grandparents lost all of their siblings, their parents and their extended families in the Holocaust. They lost their homes, their childhood, and their entire world as they knew it. Yet, they were resilient. After experiencing the worst humanity had to offer, they still responded with the best of the human spirit. They chose life. And because they chose life, I am able to stand before you tonight. That’s why standing in the Capitol building with four generations of my family watching my grandfather proudly light one of the six memorial candles during the National Days of Remembrance Ceremony was one of the most special moments of my life. That is why I support the Museum.”

Following Saiontz’ award acceptance remarks, Irene Weiss, a Museum volunteer who survived Auschwitz-Birkenau and forced labor as a teenage girl, shared her story which was especially meaningful just three months ahead of the 75TH anniversary of the camp’s liberation.

Andi Barchas, director of the Museum’s Northeast Regional Office, also addressed the Tribute Dinner guests, sharing how grateful the Museum is for supporters such as Gary Jacob and Stacey Saiontz. “I have known both of our honorees for many years, and we really are so fortunate to have them as part of our Museum family. Through Gary’s involvement with our Real Estate division and Stacey’s involvement with our Next Generation Group and in Westchester, they bring together a newly expanded group of Museum supporters. Thanks to their efforts, and the hard work of our chairs, there are almost 500 people in the room tonight and we have raised over 3.2 million dollars! Thank you all.”