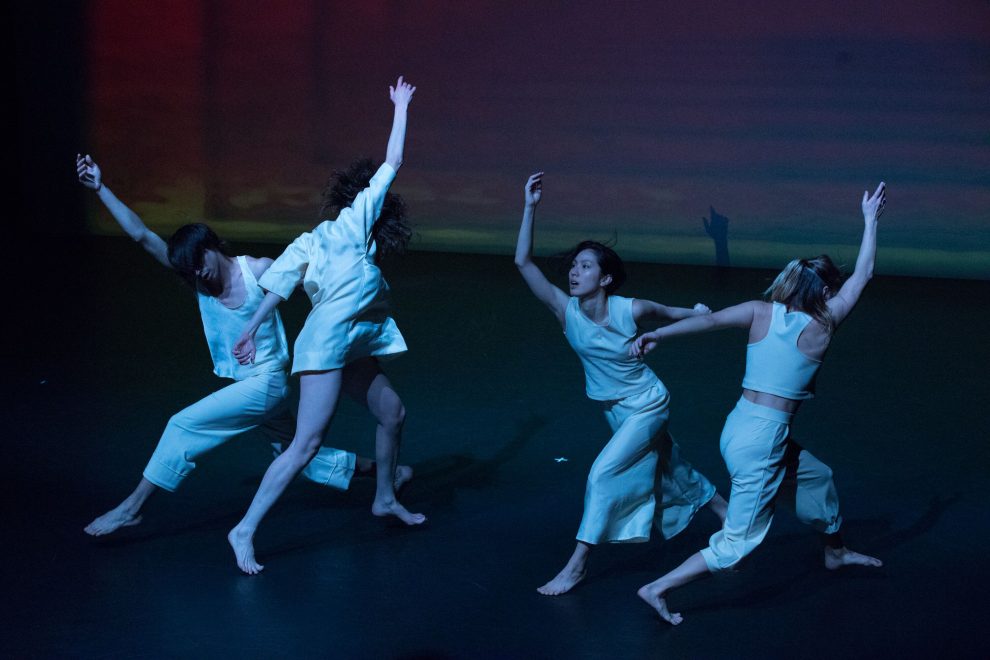 ZviDance presents the World Premiere of “Maim” from December 18 through 21 at New York Live Arts, 219 West 19th Street, New York City. General admission tickets are $25 ($20 for students and seniors) and can be purchased here. Opening Night Gala tickets are $100 and are available at here.

“Maim” sets out to raise awareness of issues related to the global diminishing water resources due to global warming. Israeli Zvi Gotheiner grew up in Kibbutz Messilot on the slopes of Mount Gilboa, where King David cursed the land with no rain or dew in his biblical mourning elegy to his beloved Jonathan. Droughts, water shortage and the need for water conservation were powerful tensions in Gotheiner’s early years, epitomized by the government’s slogan “Every Drop Counts.” Later, Gotheiner would learn the significant role water, or lack thereof played into the war politics of the region. This year, four million people in Cape Town, South Africa, will stand in line surrounded by armed guards to collect drinking water. And in Mexico City, many of the 21 million residents will only have running water part of the day… and these are only two examples for a growing global trend of water shortage. To bring awareness to such man-made devastation, Gotheiner will anchor his artistic investigation to his personal experience.

ZviDance exists to share with audiences the choreographic vision and movement vocabulary of Israeli-born Artistic Director, Zvi Gotheiner. Each piece defines a unique set of relationships and experiences, boldly addressing the depths of the human experience. ZviDance also exists to engage students in enriching their appreciation of the art form.

ZviDance brings its audiences a passionate vision of the community in a modern age. A collaborative alliance among artists, the company’s stirring work celebrates diversity by melding movement genres into the distinct dance vocabulary constantly evolving and refusing to succumb to dialectics of the medium. The company is shaped by a collaborative model of creation, involving the ensemble and designers from the initial research phase, so as to constantly push the methodology and ethics of a creation process within an inter-disciplinary format.

In the last 30 years of existence, ZviDance has received critical praise and stable funding for its artistic projects, a work that fearlessly refuses to be bounded to specific thematic or aesthetic dogma. The company performs frequently at home in such New York venues as the Brooklyn Academy of Music (BAM), Joyce Theater, New York Live Arts and Lincoln Center Out-of-Doors. ZviDance has toured across North America to festivals such as Jacob’s Pillow Dance Festival and The American Dance Festival, and abroad to Germany, Poland, Russia, Israel, Colombia, Brazil, Ecuador and Japan.