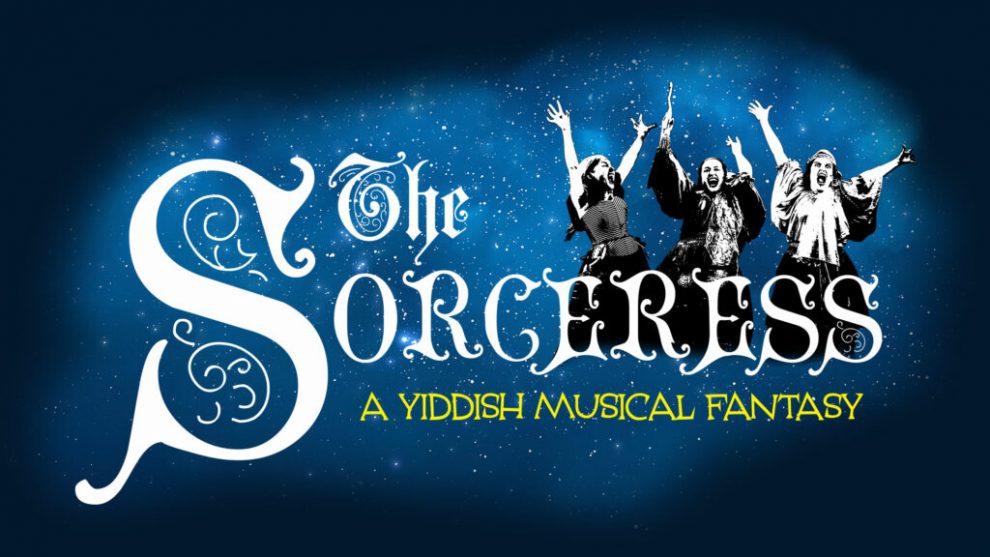 >This December, the National Yiddish Theatre Folksbiene (NYTF) will present The Sorceress (Di Kishefmakherin), a magical, musical Yiddish fantasy starring an innocent young heroine, her dashing fiancé, a devious stepmother, and a scheming witch that takes its audience into a world of illusion, intrigue, and suspense. The Sorceress will be performed from December 1 to 29 at the Museum of Jewish Heritage – A Living Memorial to the Holocaust, Edmond J. Safra Plaza, 36 Battery Place, NYC.

This musical, written in 1878, is one of the earliest works of Yiddish theater and the first formal Yiddish theatrical production introduced in America by the celebrated Thomashefsky family. The fully restored orchestrations are based, in part, on pre-Holocaust musical arrangements which were saved from destruction at the hands of the Nazis by the famed “Paper Brigade” of the YIVO in Vilna, who risked their lives to save thousands of unique documents and manuscripts. This fully-staged work is the culmination of a project in which NYTF began in 2017 to restore this classic.

Tickets for previews start at $49, and regular season tickets start at $59 and are available at www.nytf.org. The Sorceress will be performed in Yiddish, with English and Russian supertitles.

The performance is part of NYTF’s season of “Spiritual Resistance,” which features artistic and theatrical works that explore themes of struggle against oppression. The programming provides artistic expression concurrent with the exhibition Auschwitz: Not long ago. Not far away. being presented at the Museum of Jewish Heritage – A Living Memorial to the Holocaust.

The Sorceress – presented with the support of The Howard Gilman Foundation and The David Berg Foundation – is the first complete work following the efforts of NYTF’s Global Restoration Initiative, which identifies the best examples of Yiddish operettas, musicals, and plays, reassembles librettos and scores in a digital format (rendering them useable to artists and scholars), and displays the works to audiences , often for the first time in a half-century or more.The Sorceress was one of the earliest Yiddish operettas to cross the Atlantic Ocean, and the first piece brought to life under our Global Restoration Initiative, staged in workshop form. The response was truly phenomenal, inspiring us to present this cultural gemstone on a grander scale this season, with exquisite orchestrations and magnificent performances,” said NYTF Artistic Director Zalmen Mlotek. Added Associate Artistic Director Motl Didner, “The Sorceress opened the door to Yiddish Theater in America, where it has thrived for more than 150 years. It is a uniquely Jewish fairy tale that is delightful, charming and historic, and with a timely message.”

The Sorceress, and other performances in NYTF’s season of “Spiritual Resistance,” visit NYTF.org