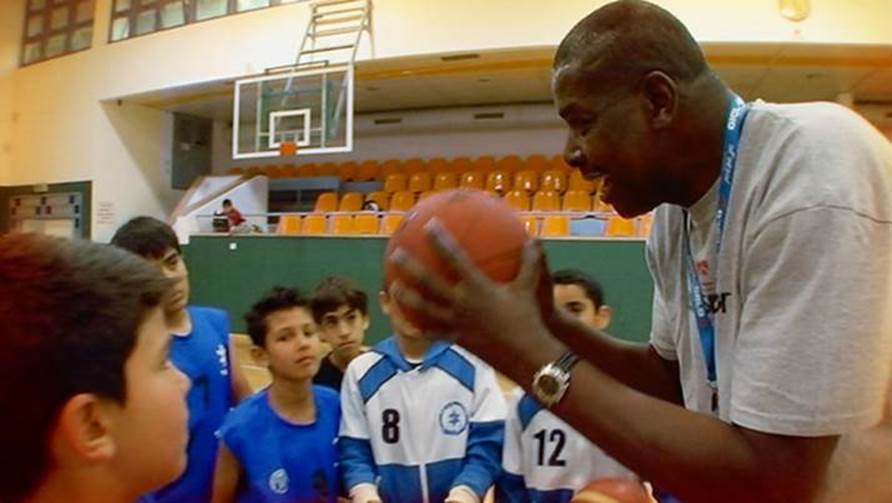 The Jewish Museum and Film at Lincoln Center will present the 29th annual New York Jewish Film Festival (NYJFF), January 15–28, 2020. Among the oldest and most influential Jewish film festivals worldwide, NYJFF each year presents the finest documentary, narrative, and short films from around the world that explore the Jewish experience. Featuring new work by dynamic voices in international cinema as well as film revivals, the festival’s 2020 lineup includes 30 wide-ranging and exciting features and shorts from the iconic to the iconoclastic, many of which will be screening in their world, U.S., and New York premieres. Screenings are held at the Walter Reade Theater, 165 West 65th Street.

Dani Menkin’s documentary Aulcie is the Opening Night selection, screening in its New York premiere on Thursday, January 16. When a scout for the Israeli basketball team Maccabi Tel Aviv spotted Aulcie Perry on Harlem’s Rucker Court in 1976, he recruited the athlete to join their fledgling team. Less than a year later, Perry led the team to a win in the 1977 European Championship, a victory that he repeated four years later. Aulcie delves into the riveting story of this legendary player, who put Israeli basketball on the map, converted to Judaism, became an Israeli citizen, and overcame his demons.

The Closing Night film is the New York premiere of Dror Zahavi’s Crescendo. When a world-famous conductor (played by Toni Erdmann’s Peter Simonischek) accepts the job to create an Israeli-Palestinian youth orchestra, he steps into a firestorm of conflict and mistrust as he tries to bring the two factions of young musicians together in harmony.

The Centerpiece selection focuses on the career of Marceline Loridan-Ivens, the French film director, author, producer, and actress who died in 2018. The Birch Tree Meadow (2003), starring Anouk Aimée and August Diehl, is Loridan-Ivens’s autobiographical drama about an Auschwitz survivor who returns to the camp to confront her past and the young descendant of an SS guard she meets there. This screening is part of an annual initiative highlighting work by women filmmakers that merit broader American recognition.

The 2020 NYJFF marks the 50th anniversary of legendary director Vittorio De Sica’s Academy Award–winning The Garden of the Finzi-Continis. This beloved Italian drama, based on the classic novel by Giorgio Bassani, is set amidst the rise of Fascism in the 1930s. The wealthy, intellectual Finzi-Contini family’s estate serves as a gathering place for the local Jewish community that tries to remain sheltered from the country’s growing anti-Semitism. While romance unfolds behind the tall, stone walls of the garden, an increasingly hostile reality sets in.

The NYJFF will present the World Premiere of the new 35mm restoration of Charles Davenport’s long-lost 1919 silent film Broken Barriers,the first film based on the Sholem Aleichem stories that inspired Fiddler on the Roof. This story is uniquely told from the perspective of Khavah, Tevye the milkman’s daughter, who falls in love with the gentile boy Fedka and navigates the reverberations from her community and family. Donald Sosin will provide live piano accompaniment.

Other fiction works of note include:

This year’s festival features an array of enlightening and gripping documentaries. Highlights include:

Several short films, including a Shorts Program comprised entirely of films directed by women, will be included this year:

NYJFF tickets will go on sale to Film at Lincoln Center and Jewish Museum members on Monday, December 16 at noon, and to the public on Thursday, December 19. Tickets may be purchased online or in person at FLC’s Walter Reade Theater and Elinor Bunin Munroe Film Center box offices, 165 & 144 West 65th Street. For complete festival information, visit NYJFF.org.