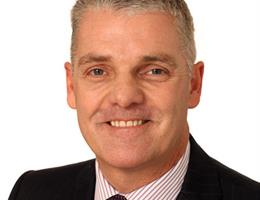 “We’re really a decade into a global real estate up cycle,” observed Jeremy Kelly, director of global research (pictured above). “We need to keep an eye on the construction cycle, especially this year into next.”

Activity in the first quarter declined 8% year over year to $156 billion, hampered by lack of property, political and economic uncertainty, and discipline on the part of the investment community as they encounter rising prices. The firm expects full-year transactions to decline 5% to 10% year-over-year to approximately $690 billion.

“Record pricing means that people are struggling to deploy capital,” said Sean Coghlan, senior vice president and director of Americas research. Tokyo was the most active city for investment, with only 1 cross-border transaction.

Interestingly, 40% of all transactions involved a foreign buyer or seller, with London the top market for investment, followed by Shanghai, Seattle, Berlin, Hong Kong and New York. Expect lower activity in the U.S. and Europe as fewer retail transactions take place.

The retail sector itself is in a “state of complete reinvention,” noted James Cook, Americas director of retail research. E-commerce offers new ways for shoppers to obtain basics, autonomous vehicles may change transportation patterns, warehouses are fully automated, and drones can deliver goods in the suburbs, “it is a lot more complicated than it used to be,” he said.

“Shoppers want to be blown away,” he said, citing New York City’s Hudson Yards and the forthcoming American Dream in the Meadowlands as examples. Both also appeal to an increasingly bifurcated consumer who seeks luxury at some times, and value at others. In addition, expect landlords globally to continue to increase the percentage of space dedicated to food & beverage.

“The winners will be those who understand the value of real estate as a place,” Cook said.

On the other hand, the logistics sector has remained with vacancy stable at near-record low levels. The U.S. should see more urban infill space to accommodate growing demand for quick deliveries. Rents are rising in all regions.

“Logistics goes from strength to strength,” Kelly said. “Records continue to be broken. And there is no sign of that slowing.”

Supported by steady corporate demand, the global office market is showing rental uplift, with gross leases up 2% over 2018 levels as the U.S. and Europe posted a 6% increase, offsetting a 20% decline in Asia Pacific due to economic uncertainty and limited supply. Cities including Boston, Singapore, Amsterdam and San Francisco are proving particularly appealing, as they boast “dynamic, innovation-based economies with strong talent pools,” Kelly said.

Coworking and flex spaces have been the keys to activity, but that is beginning to soften, he added. Defying expectations, global vacancy rates continue to drop, and now sit at 11.1% globally. Europe’s rate of 6.0% is its lowest since 2002. However, as more supply comes online, especially in Asia Pacific, JLL expects rates to rise slightly to 11.5%.