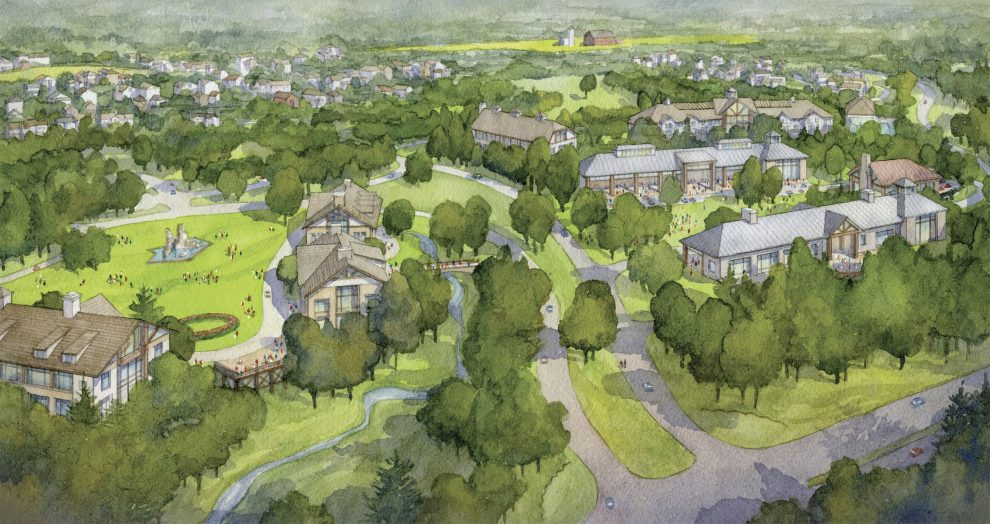 Planning has begun for a second hotel and conference center to open on the grounds of the $500 million Bellefield at Historic Hyde Park, New York, directly across from The Culinary Institute of America, announced Bellefield Development Partners, an affiliate of T-Rex Capital Group, LLC. Bellefield partnered with the Shaner Hotel Group and former Mariott International COO Bob McCarthy on the first hotel, and continues that partnership for the second boutique lifestyle hotel on the property.

The 340-acre community at Bellefield at Historic Hyde Park has been designed with a working farm as its core – with 58% of the site’s acres remaining wooded and undeveloped and 48 acres devoted to agriculture. Reflecting the Hudson Valley’s food and beverage traditions, the complex will include culinary shops, farm-to-table restaurants, a special event barn and educational center. Phase I construction began in July 2018, activating the entire property’s infrastructure and building the first hotel, The Inn at Bellefield – a 133-room lifestyle Residence Inn – at an initial combined investment of $60 million.

“With the first hotel under construction, we’ve officially initiated the planning of Phase II – our Village Green, comprising mixed-use retail and residential, and high-end star quality lodging option,” said Tom Mulroy, chief executive officer, T-Rex Capital Group LLC. “Both are part of a total 2 million square feet of mixed-use development that visitors to our region will love and which will bring even more jobs, investment and interest to Hyde Park.”

The new five-story hotel will stand immediately adjacent to the Residence Inn. Envisioned as a high-end, 150-room property, it will include a spa, conference center, indoor/outdoor pool and multi-discipline sports facility. Exclusive access memberships to these amenities will be made available to the planned 558 residences of Bellefield at Historic Hyde Park. The hotel also will include signature restaurants by celebrity chefs.

Phase II activity also includes the development of Bellefield’s Village Green, a public space encircled by tree canopies and wetland streams that will include mixed-use retail and residential space. A New York State Wine Center and a New York State Craft Brewers’ Beer Garden, as well as a coffee and teahouse will also be prominent features.