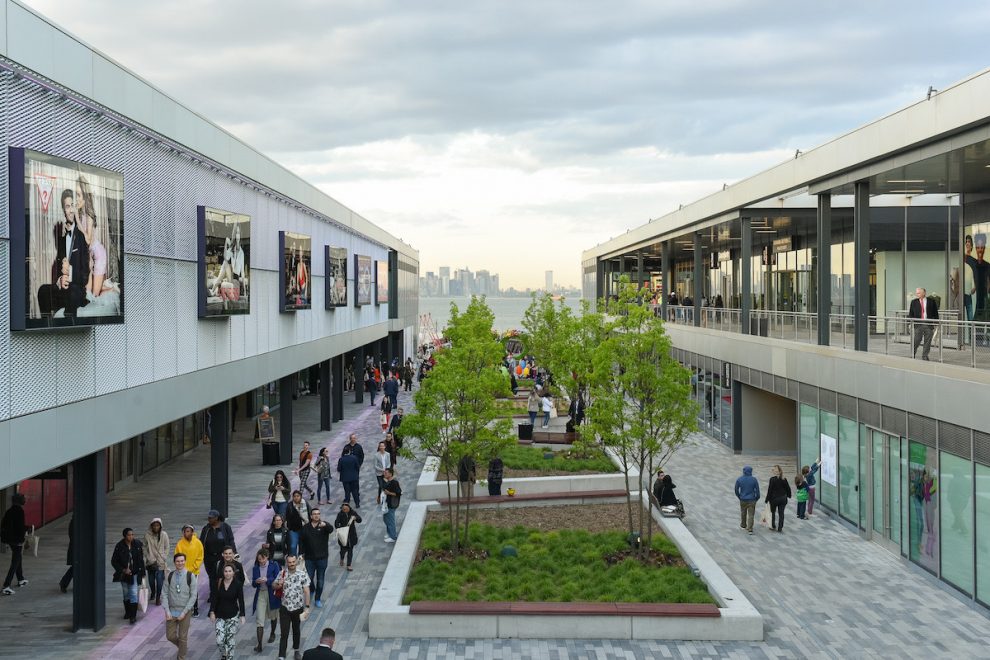 Staten Island’s Empire Outlets, the first outlet center in New York City, opened to the public on May 16, following a preview event attended the previous evening by thousands of New Yorkers, state and city officials, as well as business leaders.

“The opening of Empire Outlets is a historic day for Staten Island and for BFC Partners,” said Donald Capoccia and Joseph Ferrara, principals of BFC Partners, developers of the property. “We set out to revolutionize the shopping experience in New York City and we are proud to have successfully created a unique and unforgettable shopping destination for New Yorkers and visitors from around the world.”

The center is located just steps from the Staten Island Ferry terminal, and is being heavily marketed to area visitors through a collaboration with the marketing firm NYC & Company.

“We are so pleased to welcome the opening of Empire Outlets to the St. George waterfront,” said Fred Dixon, NYC & Company’s president and CEO. “With so much to see, do and discover across Staten Island, we hope the opening will not only encourage visitors and New Yorkers to shop and dine at St. George’s newest destination, but also explore more of the diverse cultural, recreational and culinary opportunities readily available across this remarkable community.”

Construction began on the center in 2015, with plans originally including a 630-foot-tall Ferris wheel to the waterfront. Construction on the observation wheel was halted amid delays and pay and contractor disputes in 2017.

“The Empire Outlets is the first large domino to fall in what hopefully will be a reclaiming and revitalization of a huge swath of Staten Island’s waterfront,” said Staten Island Borough President, James Oddo. “It will lead to further investment, big and small, from the private sector and government, all while being an exciting tourist attraction that finally gets tourists off the Staten Island Ferry and into our community. It will help us show folks we are the ‘Unexpected Borough’.”