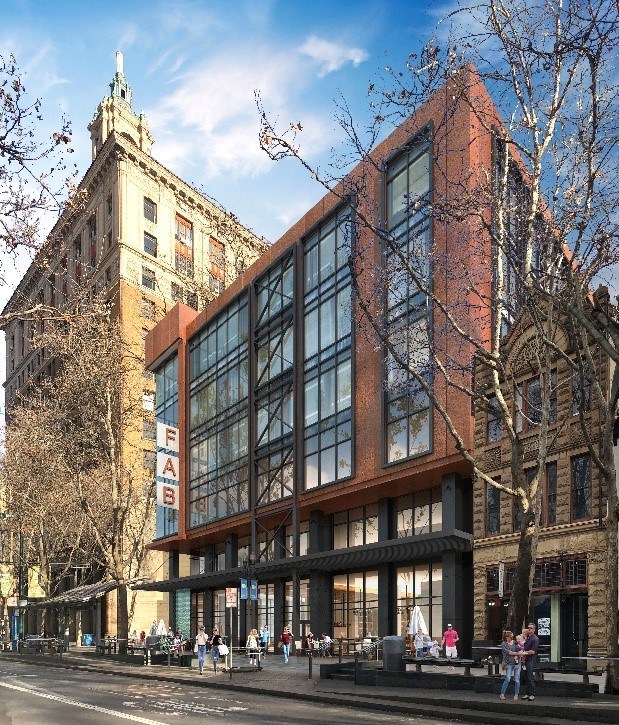 One of six upcoming projects for Urban Catalyst, the property is located at 26 and 30 South 1st Street on historic Fountain Alley, next to the Bank of Italy office tower (already under wide-ranging renovation and revival). It will feature 65,000 square feet of office space and 11,500 square feet of ground-level retail space, located 200 feet from the home of a future Bay Area Rapid Transit (BART) station. Pre-zoned and pre-general planned for mixed-use, the location will be under construction by early 2021.

“Downtown San Jose is a great place to develop,” says Urban Catalyst Founder, Erik Hayden. “With this closing, we are excited to move forward with the Fountain Alley project and provide a positive catalyst for the activation and revitalization of this historic district in the heart of the city.”

The six-story development is a joint effort with developer Gary Dillabough of Urban Community. According to architect Jeff Current of Studio Current, “Working together to integrate the new building with the 1889 building is a win-win, creating a grand lobby entrance for the new office building.” Urban Community founder, Gary Dillabough says that he is “excited to be working with the Urban Catalyst team on this important infill project to revitalize Fountain Alley in conjunction with the renovation of the iconic Bank of Italy tower.”

Once completed, Urban Catalyst plans to market the building to small and medium-sized businesses that have been pushed out of other larger projects in the downtown San Jose area, although no tenants have been announced at this time.