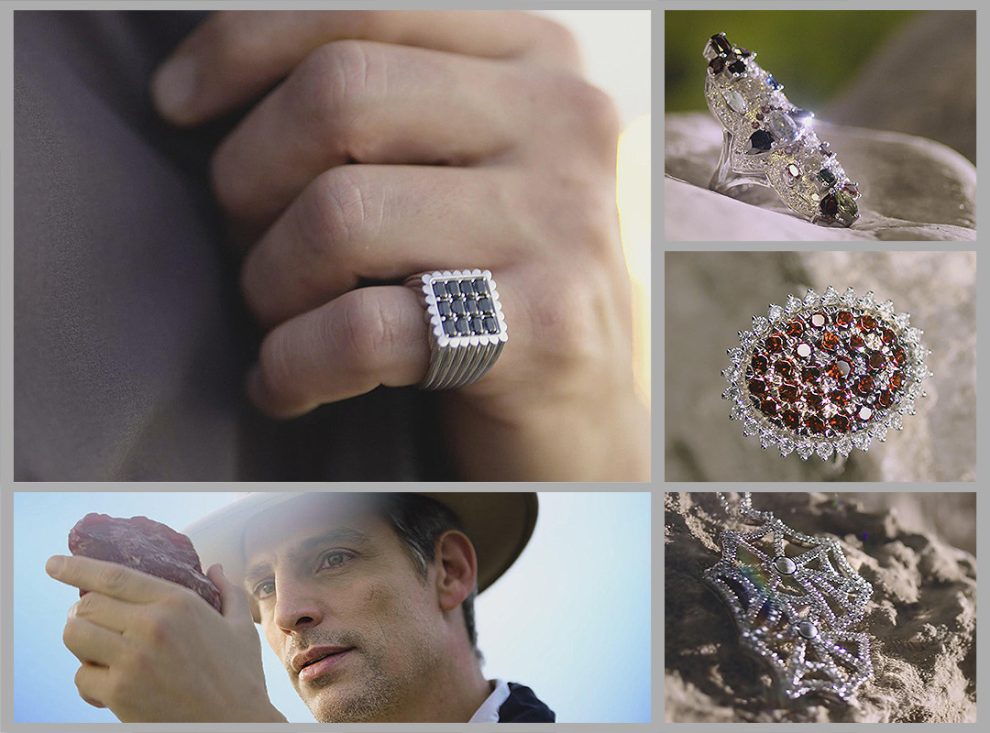 Holy Gems launched its first collection of 101 one-of-a-kind pieces of fine jewelry  which features extremely rare gemstones mined from the Holy Land of Israel. The video, “A Holy Land Love Story,” which launched the Holy Gems first limited jewelry auction, demonstrates the journey and emotional connection to these gems, and the exclusive pieces that elevate not only precious materials, but a connection to the sanctity of the land where they came from and the astonishment that their existence evokes.

“This video is a love story between a man and the most sacred Land in the world. It communicates the connection between our extremely rare precious gems, to thousands of years of history and sanctity. The journey to the launch of Holy Gems has been one of focus, faith and determination.  The core of our brand is about jewelry that accentuates the beauty of the rare natural precious gems that were mined exclusively in an area that was supposed to be only earth,” explains Tali Shalem, Chief Executive Officer, of Shefa In Israel Ltd. the parent company of Holy Gems.

As a small tribute to doctors around the world, for their contribution during the global epidemic, Holy Gems chose Dr. Jonathan Wegman, Hadassah Hospital surgical surgeon, as their video leading actor-model. Filmed and produced in Israel, the campaign takes a new perspective for a luxury jewelry campaign, focusing on a deep emotional love, but this time to the sacred land from which the precious gems were mined.

The Holy Gems journey began in March 2020, when Shefa in Israel Ltd., the only gem mining company in Israel, received an official discovery certificate from the Supervisor of Mines in the State of Israel. This established that an unprecedented deposit of precious gems was discovered at the alluvial Kishon Mine in northern Israel. Only a small number of carats have been mined to date, including fewer than 100 carats of sapphire, approximately 200 carats of spinel, fewer than 200 carats of garnet and fewer than 200 carats of Carmel-Sapphire, which is found only in Israel and which received the International Mineralogical Association: Mineral of the Year award in 2018.

The fine jewelry collection offers highly coveted designs created by Michaella Taub, an internationally recognized jewelry designer, who was inspired by biblical verses about the promised land. All the gems undergo a delicate polishing process to reveal their beautiful natural properties. Each piece is set on a stage of 18 karat gold and is individually handcrafted using a microscopic level of accuracy for the purpose of matching the jewel to the gem, not the reverse as is customary.

Each Holy Gems piece is certified by a member of the National Association of Jewelry Appraisals, which is authorized by the European Gemological Laboratory to issue international precious gems and jewelry grading. The certification process is backed by independent geological and gemological reports, comprehensive university studies, and scientific evidence provided by the mining company.