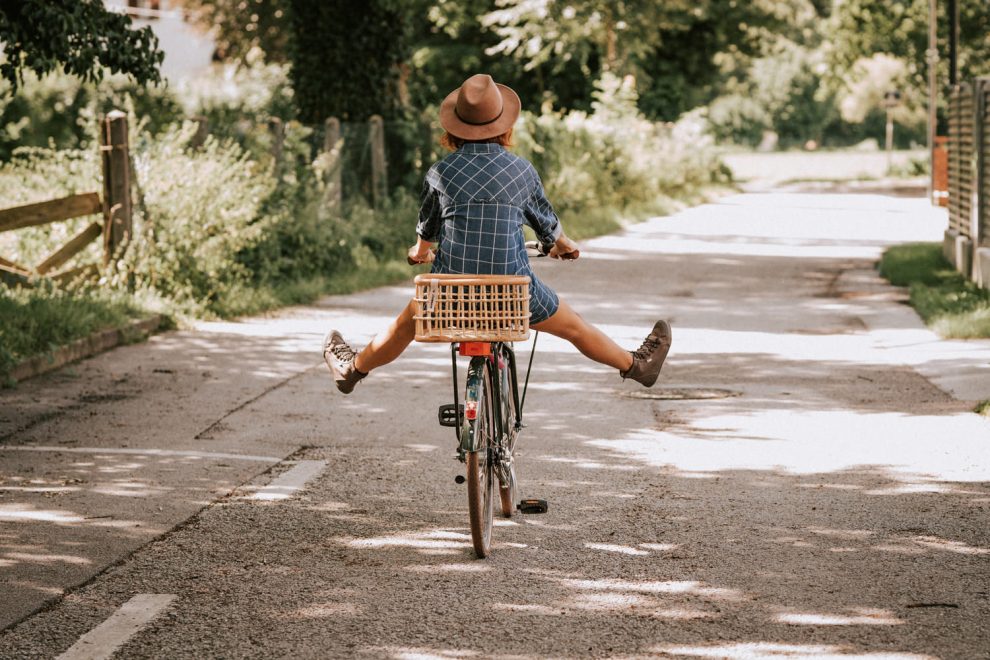 Retail experts know that the role of social responsibility as a purchase motivator has been growing exponentially in the past few years. In study after study conducted by polling groups and actuaries, statistics show that consumers are more conscious than ever about how they are spending their hard-earned dollars. How and where an item is made have become relevant factors when they decide if something is going into their online shopping carts. And for even more conscientious consumers, a company’s policies including any philanthropic or political contributions matter. There have been many previous, pioneering attempts at making sustainable fashions — but more often than not, they have proven too costly to remain viable. It took both societal and industrial changes to occur in the past couple of decades for the right set of circumstances to pave the way to more ethical-based consumer attitudes.

Enter Grounded People, a company from Vancouver, Canada with working partners in Europe and the United States that has just launched a footwear collection made almost entirely by hand in the world’s only 100% vegan factory, located in Brazil. This emerging company represents a vital part of an industry-wide trend toward sustainability in the U.S., the largest footwear market in the world, accounting for over $91 billion in revenue in 2019.

The fledgling brand was conceived by CEO Max Justus, fittingly enough in Vancouver, where the ecology and people are the epitome of rich diversity. “Growing up amidst the lush Canadian backdrop of wildlife and forestry instilled in me a profound respect and appreciation for the environment,” said Justus. “We have to realize that we’re extracting the planet’s resources at a rate that far outpaces its capability to replenish them. The very immediate possibility that all that can be stripped away to barrenness is devastating on many levels. I don’t think any of us is prepared for the consequences.”

Justus is no stranger to the fashion industry. As a child, his mother taught him how to sew and involved him in her sewing projects. At 11 years old, his older brother helped him render graphic designs on a computer that they could imprint on his shirts. Later, he would find a viable outlet for his creativity by starting a custom design company that made specialized garments.

Although it was a successful venture, it was also then that Justus fully realized the enormity of many systemic problems within the industry. Shortly thereafter, he became aware of how many profit-driven fashion manufacturers were exploiting underpaid, overworked and even underage laborers to haphazardly mass produce their products at amounts that far exceeded any reasonable market demand. This kind of production inevitably resulted in annual volumes of unsold inventory — and since these were also poorly made synthetic garments that were very easily damaged or too trendy beyond a season’s use, even those that were sold inevitably ended up discarded.

Determined to incite meaningful change, Justus brought together like-minded partners to create a fashion brand that could lead the way in establishing morally-motivated decisions from both the manufacturing and shopping sides of the equation. His journey began just prior to and during the recent worldwide pandemic, which in itself presented unprecedented challenges in finding, vetting and securing the right sources and corporate collaborations. He sought out not just investors and individuals who were committed to the same principles he envisioned for the brand, but also reputable sources for materials and a suitable manufacturer. After a diligent search, he found ethically-sourced recycled yarns and raw materials, which do not require chemical processes or additional water, reducing their impact on the environment.

But it was finding the vegan factory in Brazil that provided a major factor in making Justus’s dream a reality. The factory’s humble, down-to-earth yet efficient and reliable operations was the perfect fit for the brand and could meet the requirements of producing a range of fine-quality footwear. It was equally as important to Justus that this factory was ethically and humanely operated, ensuring the workers labored under safe conditions and were compensated fairly.

The brand took on the name Grounded People to lend emphasis to the notion of being connected to the planet. The logo — which is a meerkat, an animal that exhibits highly sophisticated behavior of working together in group units — serves as a reminder of how cooperative work can yield better results than selfish motivations, said Justus. Following a year of research, design, development and production of initial prototypes, the brand rolled out its first collection at the end of 2021 as the world continues to struggle to emerge from the pandemic and adjust to supply chain disruptions.

Even as early enthusiastic responses to the footwear pour in, for Justus and his company, this is merely the beginning of what promises to be a full lifestyle brand. Plans are already underway to create shirts, sweaters, socks and beanies for incremental releases, with some to be made in collaboration with charities. To further extend the brand’s message while supporting non-profits with similarly worthy goals, Grounded People has also established its LACES (Learn to Achieve and Create Everlasting Sustainability) Initiative. Through this program, the brand partners with non-profits that value the environment and endeavor to create a community among organizations and shoppers. Consumers can purchase a pair of Grounded People shoes and select additional laces in colors that correspond to a specific partner organization. The shoes themselves become walking endorsements of wearers’ support in a wide variety of worthy causes, and in turn, Grounded People contributes the entirety of the sales of the laces directly to the chosen charity.

Grounded People’s collection of vegan shoes is a bold introduction to the brand and its mission of advocating sustainability as a way of life. The limited-edition collection includes two low-cut sneakers, the Charlie (in the color moonstone) and the Gabby (in the color lead), and two high-top styles, the Lee (in moonstone) and the Matt (in lead). Both styles are meticulously crafted from ethically sourced, recycled and undyed cotton canvas for the uppers and linings, and also feature biodegradable non-toxic foam insoles and a Vulcanized natural latex rubber outsole. Sizing, at the moment, runs from size five to 11 for women and six to 13 in men in the American sizing standard.

Classic by design and infused with modern details such as D-ring eyelets and zip backs, each piece is meticulously handcrafted by Brazilian artisans who are highly skilled in the traditions of shoemaking. Their painstaking production goes a long way in providing lasting pieces that are superior to easily disposable merchandise that comes down an assembly line.

Aesthetically, the first pieces were deliberately designed to evoke nostalgia for idyllic, endless summers spent riding bikes or hanging out with friends at the nearest pond, which further reinforces the idea that nature nourishes the soul. It is also expected that limited-edition manufacturing makes these pieces more desirable, especially to the so-called “sneakerhead” market that gravitates toward unique items and is notoriously adverse to mass-produced footwear.

For Justus, robust sales will be an indicator of how well his campaign for shifting attitudes toward socially responsible and measured consumption is faring. It is hoped that any success can demonstrate to the rest of the industry that sustainable companies can prove to be healthy business models and encourage others to abandon unethical, wasteful and damaging practices.

“It isn’t news that we are at a critical tipping point in society,” Justus said. “Our intent is for people to see Grounded People as more than a label but rather as an emblematic inspiration to this growing movement of environmentalism and sustainability.”