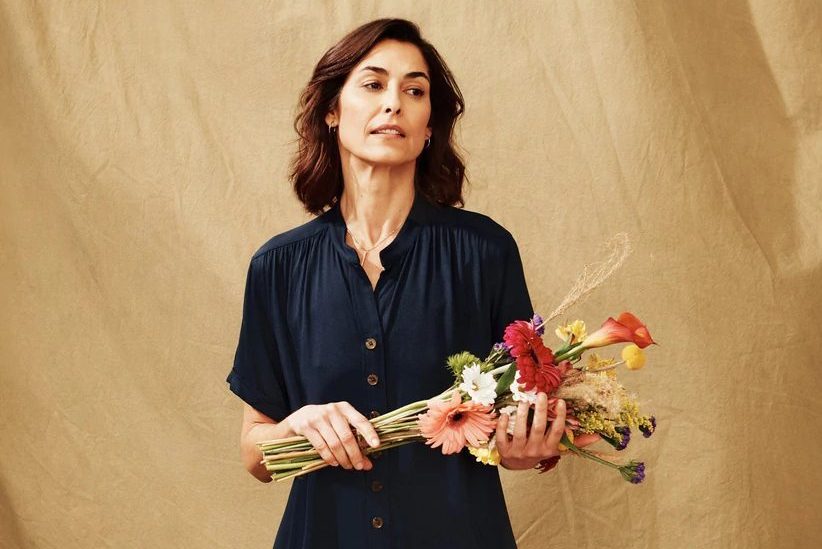 According to the CDC, there are over 50 million adults in the United States with a disability or health condition that limits their mobility in some way. Aging can make it difficult to perform tasks that were once easy and mindless. Surgery and medical conditions can prevent certain movements. Amputees, wheelchair users and people with physical differences that are not considered the norm — all of these people can struggle to find clothing that is easy to put on that looks fashionable, is trendy and fits. This is not a new challenge for the fashion industry; it is an issue that has historically impacted many people, from petite to plus size and tall customers. Finding apparel that is not mainstream is not easy, and for people who need adaptive apparel the search is usually in vain.

Maura Horton, the CEO of MagnaReady, created patented magnetic closures for clothing after her husband Don, who was a college football coach, was diagnosed with early-onset Parkinson’s disease at age 48 and started to struggle with the buttons on his dress shirts. One day after a game, Don was dressing the locker room with the team and found he simply could not move his fingers to grip the button and push it through the buttonhole. NFL quarterback Russell Wilson, who was still in college at the time, came to Don’s aid. But upon hearing this story, Maura never wanted Don to experience feeling helpless again. Because his job required him to travel with the team, Maura could not always be there to help Don, so she searched online for solutions.

“I started looking for clothing that was designed for people with limited mobility, but I quickly became frustrated. Most of the products I was finding seemed like they had been designed for elderly people, not a middle-age professional man,” said Horton. “I ordered a few dress shirts with hook and loop fasteners, but when they arrived, the fabric seemed low quality and I knew they couldn’t be a long-term option.”

“I decided to start experimenting with the dress shirts Don normally wore to find a way to adapt them, so they were easier to put on independently,” Horton added.

Rather than buttons, Horton arrived at magnets as the solution, which would essentially be able to button Don’s shirt for him. Horton says that her initial idea was inspired by the magnetic closure on an iPad case. It took some time to research and find the right type of magnets and perfect the design — while a variety of magnets were strong enough to reliably hold a shirt front closed, they could not survive in the washer and dryer, which was a feature that Horton deemed critical for success and ease of use for wearers.

Eventually, Horton was able to create a dress shirt that looked no different to the unknowing eye, but that could restore independence to someone with upper body mobility challenges.

From the original MagnaReady dress shirt that was initially available only in white or blue has grown an apparel line that is revolutionizing the fashion industry. Now, the patented MagnaReady magnetic closure technology is used in pants, polos, short sleeve camp shirts, sleepwear and athletic apparel — and, most recently, in Yarrow by MagnaReady, the first magnetic apparel line for women.

Designed in collaboration with women who have disabilities, Yarrow focuses on pieces that are wardrobe staples with adaptations to make them easier to put on and fitted for the needs of the wearer. For example, Horton worked with the design team to think about and create fashionable solutions for people with prosthetic limbs, keeping in mind how the garment would slide on and off over the limb so it wouldn’t get caught. Other considerations included where to place seams and pockets to avoid having the clothing rub and cause pressure wounds.

The design team also considered people with medical conditions that can cause swelling and temperature fluctuation throughout the day. All of this behind-the-scenes engineering is what is critical to the success of an adaptive clothing line — and the real magic of the collection is making the adaptations nearly invisible.

The Yarrow collection includes jeans and pants in both standing and seated designs. There are also cardigans, long sleeve blouses, tunic tees, collared sleeveless blouses, all occasion dresses, magnetic full zip jackets, sleepwear and athletic wear. There is even a shirt designed specifically with caregivers in mind to simplify the process of dressing another person while maintaining their dignity.

“Having personally experienced being a primary caregiver I knew that I wanted to focus on designing clothing that was stylish and had features that made dressing easier for both the caregiver and the care recipient,” she said. “If someone is unable to stand or make the movements required to pull a top over the head, or pants on up and over the legs, dressing can become quite complicated and time consuming.”

“By changing the openings of clothing and adding closures in non-traditional places, we can make classic styles more approachable and tailored to the needs of caregivers and people with limited mobility,” Horton added.

Each piece in the Yarrow collection was rigorously tested to ensure that the design had multiple access points, the right cut and was easy to put on and take off. For example, the seated pants are designed with a higher rise in the back to accommodate wheelchair preferences.

The seams were also given special consideration so they would not become irritating for someone sitting all day. The pants were constructed using flat seams, loops were added at the waist for better grip when pulling them on, and vents were also designed in toward the bottom of the legs to make it easier to get into and out of the pants with limited mobility.

For Horton, the goal is to make it possible for any consumer who needs adaptive clothing to be able to go to a retail store online or in person, pick up a catalog and find and adaptive version of the season’s latest styles available to them, just like there are options for petite, tall and plus sized customers.