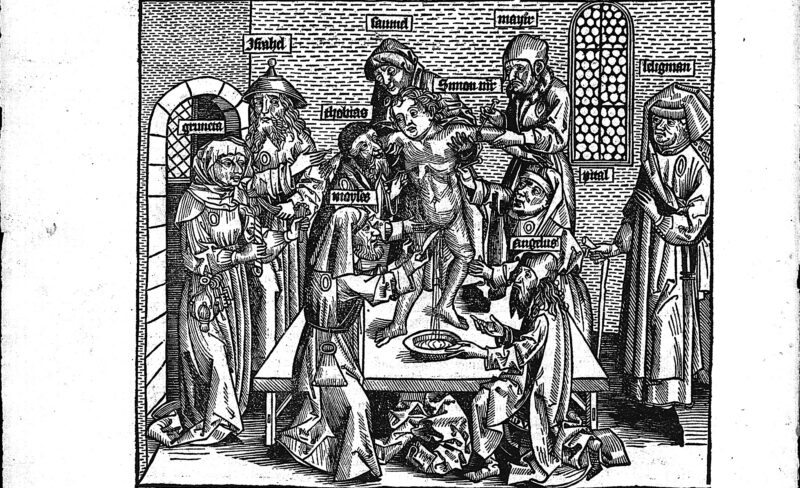 Throughout history, Jews have been accused of using the blood of non-Jews for “rituals.” This accusation, which as come to be called “blood libel,” dates to the second century BCE and continued to grow with the spread of Christianity. In the Middle Ages, the motif made its way into art and literature like Chaucer’s Canterbury Tales. These charges continued through the Nazi era; there was even an accusation in upstate New York in 1928. Today, the Roman Catholic Church repudiates blood libel, but accusations continue throughout the world.

Join the Museum on Tuesday November 29, 2022 at 7:00 p.m. for a panel discussion about this history and the role it plays in contemporary antisemitism with Edward G. Berenson, author of The Accusation: Blood Libel in an American Town; Magda Teter, author of Blood Libel: On the Trail of an Antisemitic Myth; and Francois Soyer, author of Popularizing Anti-Semitism in Early Modern Spain and its Empire: Francisco de Torrejoncillo and the Centinela contra Judios (1674). Moderated by Sara Lipton, author of Dark Mirror: The Medieval Origins of Anti-Jewish Iconography.