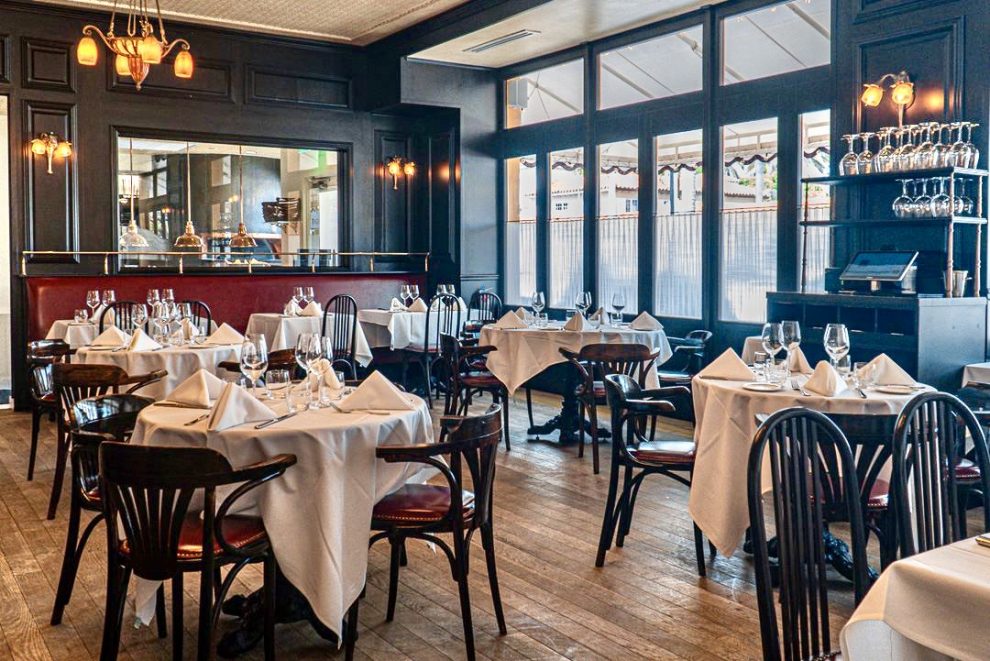 With a history dating to 1976, and founded in New York City by acclaimed restaurateur, Jean Denoyer, the name “La Goulue” evokes the treasured dining establishment that has charmed and delighted restaurant and culinary aficionados for nearly half a century.

In 2020, Denoyer ventured into opening a second location in Palm Beach, Florida, and ever since, La Goulue has been named one of the most desirable dining destinations in the Town of Palm Beach by a growing clientele of loyal patrons and publications alike.

Preparing meals at La Goulue Palm Beach is a bit déjà vu for Le Pape, who cooked up some of the same signature dishes at the original location back in the day when he was 21 years old and a new arrival to New York from France. Le Pape earned his first culinary recognition at age six for the lemon tarte he created, an unchanged recipe he has “taken everywhere,” and is served at La Goulue today.

Le Pape, who hails from a family of water millers, credits his passion for cooking to his mother, his grandmother who was among the Cordon Bleu’s first female chefs, and an uncle who was a pastry chef at Le Notre in Paris.  Like a culinary mimic who can duplicate things “right off the bat,” Le Pape is largely self-taught. He is conversant in Italian, Latino, Middle Eastern and Asian cuisine, but says his heart is in classical French cooking. He feels right at home at La Goulue, where he has reign over the kitchen creating the classics and innovative dishes tailored to the seasons.

Le Pape loves living in the tropics and was very happy to drop anchor at La Goulue Palm Beach, which has fast become one of the island’s most popular dining destinations. There, Le Pape carries out Denoyer’s tradition of serving refined French cuisine in an elegant bistro setting and creating memorable dining experiences for the guests.

On hand to extend a warm welcome at the door is the affable and attentive General Manager, Mathieu Potelle, and other team members who put heart in all they do from gracious service, to creating thoughtfully curated wine and spirit lists, to serving beautifully crafted dishes that make for memorable dining experiences.