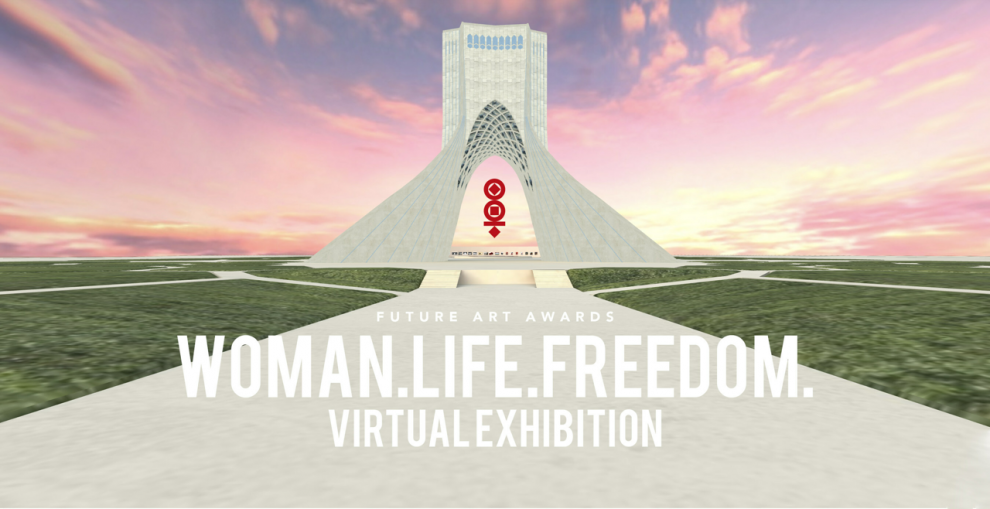 In support of the largest women-led Iranian freedom movement in history, MOZAIK Philanthropy has launched its latest virtual group exhibition, titled: WOMAN. LIFE. FREEDOM. Spotlighting the universal power of art, the 3D exhibition showcases the artworks of 50 international contemporary artists, using their creative works to demonstrate solidarity with the people of Iran as an offering to the movement for freedom, human rights, and human dignity.

Women and men throughout Iran and people all over the world, have risen up to protest the tragic death of the 22-year-old Jina Mahsa Amini, a woman who died in police custody after being reportedly beaten by the Iranian morality police on September 16th, 2022. Now, months later, tens of thousands of people have since been imprisoned in Iran by the Islamic Republic, and hundreds of others have lost their lives in this escalating humanitarian crisis. Artists, writers, journalists, educators, labor activists, political dissidents and even children have demanded Freedom with their lives. The movement’s slogan, “Zan, Zendegi, Azadi,” which translates to “Woman, Life, Freedom”, originated in Iran’s Kurdish region and has reverberated around the globe, over the past months, marking a renaissance for women’s rights, emblematic of the fight for human freedom, everywhere.

Now on view, the WOMAN. LIFE. FREEDOM. virtual exhibition features contemporary artworks from artists inside Iran, and beyond its borders. It serves as a dedication to the bravery of the Iranian people, especially Iranian women and girls. All the artwork is shown anonymously out of sensitivity for the severe security concerns for the artists inside Iran and in solidarity with all those who have and continue to risk their lives for freedom.