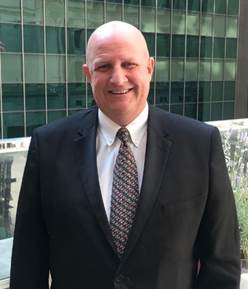 A specialist in tenant representation with an emphasis on strategic planning, Harris has participated in leasing and sales transactions consisting of millions of square feet of commercial office space. His clients have included Toronto Dominion Bank and Continental Airlines (now United Airlines), Hermès and Oxford Men’s.

As a landlord agent, Harris has completed over 1 million square feet of New York agency assignments for buildings including 7 West 34th Street, 131 West 32nd Street and 28 West 23rd Street. He has syndicated and developed over $5 million worth of real estate in multiple smaller transactions as a co-principal, including the redevelopment of the Dickson-Travis Wheel Factory, Houston’s third oldest structure, by securing an anchor tenant to the then-emerging Market Square Historic District. During the same period, he also assembled a half block of downtown Houston property for Century Development.

Prior to beginning his career in New York with Tishman Realty and Construction, he worked as an assistant on a multi-state Starker Exchange transaction.