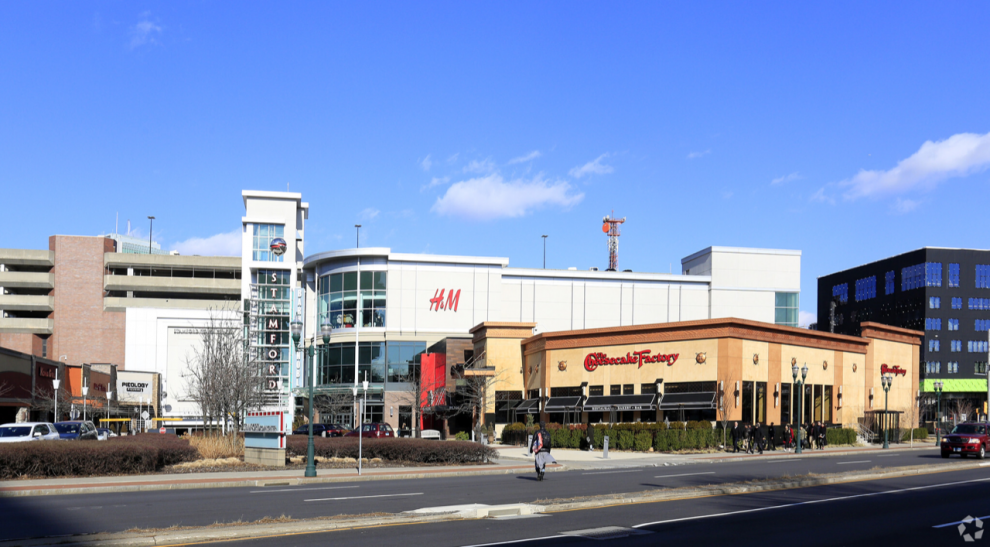 Yaraghi Realty LLC has acquired Stamford Town Center in downtown Stamford, Connecticut from Rich-Taubman Associates for an undisclosed amount. Newmark’s Managing Director Christian Bangert was the sole buyer’s representative for Yaraghi Realty in the transaction, while a team led by Christopher Hoffmann and Steven Livaditis of Eastdil Secured represented the sellers. The transaction encompasses the 760,000-square-foot Stamford Town Center, which includes close to 100 retail tenants, over 10 acres of land and a more than 3,500-space parking garage.

Yaraghi Realty is part of the Port Washington, New York-based, family-run furniture purveyor Safavieh, which owns or is under development on close to 15 million square feet of commercial and industrial properties throughout the United States. The family brand, owned and operated by the five Yaraghi brothers, has had its flagship 100,000-square-foot retail showroom at 230 Atlantic Street in downtown for more than 30 years.

The new owners plan to stabilize and revitalize the property while working on further reinvigorating their commitment to the city of Stamford and the existing retail tenant base, Newmark said.

“Safavieh’s long-standing presence within Stamford and the immediate tri-state area has made this acquisition a truly unique opportunity for a natural next step in their overall growth,” said Bangert. “We fully believe exciting things are to come as they reimagine the property and work on creating an additional positive impact on the downtown area.”

Opened by F.D. Rich and then-Taubman Co. in 1982, Stamford Town Center consists of nine stories with parking on levels one through three, retail on levels two through six and additional parking on levels six through nine (including the rooftop). Retail tenants include Saks Fifth Avenue OFF 5th, Macy’s, Michael Kors, Banana Republic, Swarovski and Barnes & Noble.  A restaurant plaza features fine dining and fast-casual eateries such as The Capital Grille and Plan B Burger Bar.