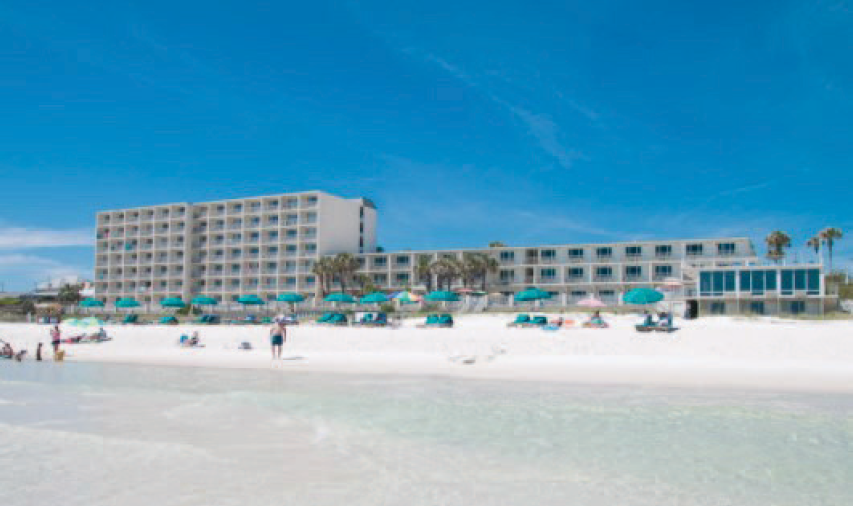 Crowdfunding was supposed to democratize real estate investment, offering smaller investors the opportunity to buy into and reap the benefits of commercial property ownership. And in many cases, it has. But those investments need to be wisely selected and professionally managed.

“I’ve been in crowdfunding since before the industry had a name,” Holzmann said. “I’ve seen the players.”

One notorious player was RealtyShares, a pioneering crowdfunded real estate investment platform, which showed the importance of management. Founded in 2013, the platform offered accredited investors (individuals who earned at least $200,000 annually or $300,000 for couples) the opportunity to invest a minimum of $5,000. Those investors included successful professionals such as doctors, lawyers, business owners or wealthy individuals, Holzmann related. And the company accepted self-accreditation, simply asking investors to sign a form that they actually qualified.

“They raised more than $1 billion from investors and invested in hundreds of properties,” Holzmann said. “But they did it poorly and, eventually, ran it poorly.”

In fact, Holzmann helped form IRM when he was asked to help create the REAF/iinto 50/50 joint venture to manage the RealtyShares portfolio.

“It was a moonshot,” he recalled. “After we did, I was tasked with becoming the CEO of the entire operation.”

The company is not accepting new investors, instead painstakingly creating and maintaining relationships with tens of thousands of customers and evaluating and overseeing hundreds of the property managers of the real estate assets in all sectors. It buys and sells assets as needed.

“We have multifamily, hotel, single-family, malls and parking lots,” Holzmann said. “Many of them — about 30% — are in Tier 3, really bad. People were at risk of seeing their entire investment wiped out.”

Holzmann strongly emphasizes that IRM did not acquire RealtyShares, which is now the subject of multiple litigations, or the properties themselves.

“The point of IRM was to shut [RealtyShares] down,” he said. “[Instead,] we settled on a strategy that was a gamble at the time.”

IRM began calling the database of investors, only to have most hang up, to tell them that they were going to manage the RealtyShares portfolio.

“We’d tell them ‘I’m actually going to operate it for you,’” he continued. “The reason we were able to take that crazy gamble was because it was an opportunity to earn the trust of the customers. It’s an opportunity to be professional.”

It also gives Holzmann an overview on the state of real estate as he deals with so many sectors in his portfolio. While he said IRM’s asset portfolio hasn’t seen that great an impact from COVID-19, one huge exception is the hotel sector.

“Hospitality is down the drain,” he said. “Hotels around the country are in dire straits, with single digit occupancies, negative net operating income and exhausted reserves. It doesn’t look encouraging. That’s 100% due to COVID-19.”

Yet even in that category, there is a bright spot — small, beachfront, lower-end hotels, largely located on a coast in the Sunbelt, which is attracting families desperate to spend a weekend at the beach. Some of these are 100% occupied, he reported.

“It’s one of the best-kept secrets in the industry,” he said. “People literally are banging at the door.”

Multifamily has remained resilient, with consistently high occupancy and low delinquency as people prioritize paying for their living space. Because much of IRM’s portfolio is located in more affordable areas, such as Mississippi and Georgia, the government’s $600 stimulus checks have a real positive impact, he observed.

On the other hand, the eviction moratorium becomes just one more thing to explain to the properties’ original investors, who can’t receive distributions because of tenants who simply can’t afford to pay and can’t be forced out.

Many of the retail projects IRM oversees are anchored by supermarkets, which have remained open throughout the pandemic. But anchors alone won’t save a retail investment, Hoffmann warned.

One of the biggest unknowns remains office space, he continued, which is undergoing a fundamental paradigm shift, with technology permitting people to work from home indefinitely.

“Office space has changed, and we’re not ever going back to where we were preCOVID-19,” Holzmann said. “You can give away office space for free, and some people won’t come because they’re afraid of dying.”

This recession, he said, is different.

Around the U.S., the Sunbelt remains steady, but Holzmann is leery of the San Francisco area, where the downtown residential neighborhoods have seen a serious exodus of families looking for more space.

Eventually — and that’s the key word here — Holzmann is positive about the industry as COVID-19 wanes.

“We’re closer to the end of this thing than we are to the beginning. There are vaccines, and we’ll catch up,” he said. “I don’t think there will be an expiration date as the day it all ended. We will slowly get to the point where it’s no longer a big deal. People will still wear masks — but it will no longer qualify as a pandemic. Slowly, we’ll see more people flying, more people in hotels. ”

More locally, Holzmann expresses confidence in New York City’s long-term prospects, despite the closure of much of the city’s attractions.

“If anyone thinks New York is dead, I’m happy to buy their real estate, because they’re an idiot,” he said. “Demand is there and will forever be there. New York will return to what it was. The things that New York has to offer are not available in the Hamptons or Pennsylvania. That’s why New York became what it is. COVID-19 will not kill it.”